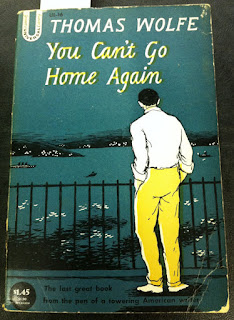 Christine Elliott has run for the leadership of the Ontario Progressive Conservatives three times. The first two times she lost. Martin Regg Cohn writes that she was the right choice then and she's the right choice now. But this time the party platform represents a return to pre-historic times:

Modern sex-education in our schools? Roll it back to the 20-year-old curriculum we had two years ago, say most of the leadership rivals.

A future-oriented environmental policy on global warming? Put it in the deep freeze, the candidates chorus, lest they be burned at the stake by those fiery grassroots.

Walking a tightrope between Tory party diehards and the rest of Ontario — a living, breathing, provincial body politic that grasps global warming and gets sex-ed — isn’t as hard as it sounds. In normal circumstances, it’s easy as apple pie and fruitful lies.


But Doug Ford has been calling the tune -- and Mr. Ford "rarely knows what he’s talking about, but at least he knows what he believes in."

So, once again, the party is twisted in knots -- because it fails to recognize what the American novelist Thomas Wolfe wrote eighty years ago: You can't go home again.

.. oh deary me
there goith th Patrick Brown in search of his good name
Rick Dyksra aint been seen in weeks.. so he aint in a searchin mood
just pulling a full McGuinty sudden dissapearo move
Has his family mentioned a missing person ?

Meanwhiles, ms Wynne's lips are glued
as they should be when political opposition
are dousing themselves with lighter fluid
and breaking out the Bics lighters

The Doug is formidible.. Will give him that
and have met him in person
el Capitano of the Gregarious..
In my view far more formidible than his late bro

Ms Christine Elliott a lovely gracious lady
but this is not a good time..
the excrutiating agonies of Patrick Brown saga
sinks many ships..

It's impossible to predict how all of this will sort itself out, sal. But I wouldn't be surprised if Doug -- in the end -- became the new leader.