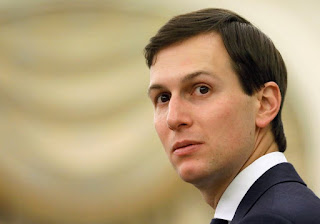 The pace of Robert Mueller's investigation has been stunning. And it's a big investigation. Paul Koring writes:

It’s bigger, much bigger both in scope and gravity. This isn’t about whether Bill Clinton lied under about sex with an intern or whether high officials in the George W. Bush administration deliberately outed a CIA agent. In geopolitical importance it’s far greater than Iran-contra on Ronald Reagan watch. In terms of political skulduggery, it eclipses whether Richard Nixon was trying to rig his own re-election in 1972.

At stake is whether Donald Trump’s inner circle colluded with Russians in what amounted to an attack on the United States by subverting its democratic electoral system to serve Moscow’s interests. Trump defiantly insists there was no collusion but he has since been forced to retreat from the first line of defence in which he dismissed talk of Russian meddling as “a hoax.”

Even if Trump was blithely unaware of Vladimir Putin’s clandestine scheme to subvert the 2016 presidential election, and even if Trump’s claims of “no collusion’ prove true, Mueller’s fast-paced probe is now focussed on the president and his innermost circle. And for Trump, the innermost circle is family: daughter Ivanka, her husband Jared Kushner, and favoured son Donald Junior are the president’s closest and perhaps, only trusted, confidants.


So far, the most significant person to cop a plea has been Rick Gates:

Gates worked for Paul Manafort, whose myriad and profitable ties to Moscow and pro-Russian factions in Ukraine have resulted in more than two dozen serious charges including money laundering. Gates, long Manafort’s junior partner peddling influence abroad, stayed on the Trump campaign after Manafort was ousted over his Kremlin connections. Gates was also on Trump’s transition team, was close to right-wing ideologue Steve Bannon and remained a player in the White House for months after Trump became president. He evidently knows a lot and knows that Mueller put him behind bars unless he tells all.

John Dean, the White House counsel whose decision to come clean was the turning point that sunk Nixon’s presidency and therefore knows a thing or two about such things believes the Gates flip may be pivotal.

“If Gates can testify that Manafort was acting with Trump’s blessings, it’s the end of his presidency,” said Dean.

Flipping Gates could be regarded as Mueller seeking to strengthen the case against Manafort but a close reading of the indictments and the sweet deal Gates was offered also suggests bigger targets.


The next big target is Jared Kushner. And Mueller's investigation into Jushner will be when the Trump presidency really comes apart.

Email ThisBlogThis!Share to TwitterShare to FacebookShare to Pinterest
Labels: The End Of The Trump Presidency


Elaborate frauds are usually a conspiracy that can resemble the concentric rings that spread out when a stone is dropped into a pond. Getting at them is often a matter of starting at the edges and working your way in. There is a mass of faceless witnesses who have given evidence to Mueller's team. The further out you begin the more apt you will find people who know nothing of the conspiracy itself but may have one bit of evidence that serves as a building block. From there you can get an idea of what people just a bit closer to the conspiracy probably know and you can use what you've already discovered to get them to talk also. As you get ever closer your hand, the evidence you have accumulated, gets stronger and it becomes easier to test the veracity of the next witnesses. Remember a lot of the indictments so far have been for lying to investigators. Conspiracies are built on lies. Catch people in lies, maneuver them into inescapable situations, slam dunk cases where they're facing jail time and then - the carrot - offer them a deal. So far everybody has gone for the deal option except, perhaps, Manafort.

For as yet unindicted conspirators it's a psychological nutcracker. You know everyone who has pleaded guilty is a cooperating witness telling all to get as minimal a sentence as possible, perhaps even no jail time. You know what they're capable of telling the investigators and you have a pretty good idea of what they'll be sitting on when they come to talk to you. They'll already have solid answers to most if not all the questions they put to you.

I had a case where there were three principal conspirators. Through their lawyers I compelled all three to show up in my offices for discoveries at the same time. I took them into the examination room and had the court reporter swear them in. Then I had two go back into the waiting room with a warning that they were not to speak with each other and my receptionist there to make sure. I examined each of them, back-to-back, for about 10 to 15-minutes each. I was working from the same set of questions. In under an hour we were done and their lawyers knew their clients were also done.

All of them sought to confirm the conspiracy. All three had the same version of the essential "facts." Yet on the smaller details none related the same scenario. They might as well have been on three different planets.

My part was over. They abandoned their positions and consented to judgment. All that remained was to get the transcripts into the hands of the investigating officer and on to the Crown for prosecution.

I suspect that something similar is going on, Mound. It may be hard to prove "collusion." But -- besides money laundering and obstruction of justice -- Mueller is probably building a pretty good case of "conspiring to defraud the government of United States."

I've been reading https://www.emptywheel.net/ for some really good insights as to how this is going.

Thanks for the link,!? There's stuff there I haven't head about. If it's true, it's all going to come down around Donald's ears.