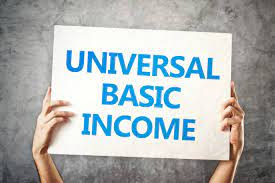 David Olive writes that it's time to establish a Universal Basic Income in Canada:

A UBI is a government payment that tops up family income so that it modestly exceeds the poverty line, or low-income threshold. As households are able to generate more income on their own, UBI payments are scaled back and eventually discontinued.

A UBI holds promise as our most powerful tool in eradicating poverty and solving the crisis of income inequality.

The pandemic has caused a great deal of suffering. But it has also proved that a Universal Basic Income program works:

Canada is emerging from a successful experiment with a UBI, in the form of the Canada Emergency Relief Benefit (CERB). In keeping seven million Canadians financially whole after they’d lost their jobs due to COVID-19, the CERB prepared the country to embark on the powerful economic recovery on the horizon.

Grassroots Liberals endorsed a UBI program at their latest policy convention earlier this year. The government of Prince Edward Island has asked Ottawa to launch a UBI pilot project in the province.

And last week, for the first time in Parliamentary history, there was a debate on proposed UBI legislation. Bill C-273, the National Strategy for a Guaranteed Basic Income Act, was sponsored by Liberal MP Julie Dzerowicz, who represents the Toronto riding of Davenport.

In this country, there have been two brief experiments with UBI:

Canada has twice experimented with UBI, in Manitoba in the 1970s and Ontario in the late 2010s.

The results were encouraging. The health and employment skills of UBI recipients improved, as financial anxiety was lifted, and the additional funds were used to cover daycare expenses of parents who returned to school or sought better jobs.

But those two experiments were of insufficient duration to provide conclusive evidence of benefits and drawbacks. That’s why the Canadian Chamber of Commerce last year asked Ottawa to revive the Ontario UBI pilot projects.

The previous year, another group of business CEOs tried in vain to dissuade Ontario from cancelling the UBI program a year ahead of schedule.

Business is about measuring results. But the flow of data that business thrives on suddenly dried up with the premature death of the Ontario UBI program.

We now have the data. Business likes the idea. But Conservatives don't:

In opposing a UBI, Conservative MPs cite the estimate earlier this year by the Parliamentary Budget Office (PBO) that a UBI would cost upward of $93 billion a year by 2025. The PBO calculated that a UBI program would boost the income of about 6.4 million Canadians by an average of $4,500.

That figure of 6.4 million Canadians is arresting, especially when set beside the fact that even before the pandemic almost half of Canadians reported that they were just $200 away from failing to monthly cover their bills.

The PBO’s eye-popping cost estimate assumes a more widespread UBI program than would emerge from Ottawa and doesn’t account for the economic upside of a healthier and larger, better-paid workforce.

Conservatives worry that a universal basic income will encourage laziness:

There is, in fact, little evidence of laziness in the many UBI experiments worldwide over the past two decades. And last summer, the U.S. Federal Reserve Board of San Francisco issued a detailed report on how extended unemployment benefits and other U.S. income supports during the pandemic had not discouraged work.

In short, the time is now. Canada needs a Universal Basic Income.

I agree Canada needs a Universal Basic Income. The key word is "universal," as in everyone receives it without means testing. To the rich, the amount will make little difference and can always be clawed back in taxes. But making UBI universal destroys the "makers and takers" narrative that rich Cons love to trot out to demonize those on assistance.

Also, UBI needs to be indexed to inflation. The last thing we need is UBI becoming like the minimum wage - rarely and only grudgingly raised.

What would Conservatives do in place of UBI? All Canada has to do is look at Norway as a primary example. It serves the people. Is this not what all democratic countries supposed to do? The mention of “laziness” by the Conserves is a disgusting excuse for not allowing people to get ahead. Does Canada not know, an employed country with all people receiving a living wage is a much more wealthy one,and, a happier one? The way many, many retired people have been treated during this pandemic is an example. They received two $500.00 gifts (isn’t that lovely). That does not cover two-visits to a dentist in this wealthy province. What snobs most Conserves are. Anyong

A UBI would be an economic stabilizer, Cap. Like the old baby bonus cheques, it would keep the economy from crashing while helping the people who need the help.

As Olive writes, Anyong, a UBI is a powerful tool that can reduce inequality.


I agree with cap. Universal and claw back from the rich.

It might lead to some significant administrative cost savings as well an an adequate UBI shold allow us to get rid of a lot of the patchwork of welfare programs we now have.

Precisely, jrk. Administration -- and the costs of it -- would become much simpler.