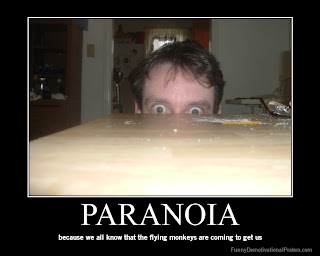 When Vic Toews proclaimed this week that those who didn't stand with the government "stand with the child pornographers," Ann Cavoukian -- Ontario's Privacy Commissioner -- responded, "What it showed to me was the weakness of their case."

It was a telling comment. Whether it's the Harper Party's defence of trickle down economics, its push for more prisons -- despite a crime rate which has dropped for forty years -- or its argument that the Old Age Security system is "unsustainable," this government continues to defend the indefensible.

The same pattern applies to the Prime Minister's increasingly bellicose rhetoric on the subject of Iran.  Scott Taylor writes that:

No doubt Harper’s ego has been inflated over the accolades and honours bestowed upon Canada for the nominal leadership role we played in the NATO dog pack’s ravaging of a hapless Libya.

As the international community, led by the U.S. State Department, pushes ever closer to a military intervention in Syria, Harper has publicly expressed his disappointment at China’s and Russia’s refusals to sanction a UN mandate against the Assad regime.

In other words, Harper is spoiling for a fight. Going one step further in the case of Iran, Harper has embarked on a one-man fear-mongering campaign to paint the Persian Peril as an imminent threat to world safety.

It matters not that Harper actually believed the Bush administration’s falsified documentation regarding Saddam Hussein’s non-existent weapons of mass destruction. Had he been prime minister, Harper would have happily joined the U.S.-led coalition of the willing and invaded Iraq under false pretences.
This time, of course, is different, and although Canada has no independent intelligence-gathering capability inside Iran, Harper is convinced that the CIA has got things right this time.


When this prime minister claims that the evidence is overwhelming, that's code for the fact that supporting data doesn't exist. The truth is that he and his minions suffer from paranoid delusions. The problem is that the world is full of people who are not like the Harper Party -- and, therefore, these agents of evil are a perpetual threat. It's not enough to defeat "them" in an election. "They" must be destroyed.

That's what happens when you hand the reins of power over to the paranoid.

Email ThisBlogThis!Share to TwitterShare to FacebookShare to Pinterest
Labels: Paranoids in Power

It's easy to tell when he's lying. His lips are moving.

Not original, but true.

We all should know that by now, thwap. Unfortunately, about a quarter of us -- by last count -- still think he's trustworthy.

The comment about standing with the pornographers reminds me of the same tactic with the US Patriot Act - those who disagreed stood with the terrorists.

One could make an argument that if we were all locked up with no clothing, no communication, etc, there would be no crime - maybe true, but what is the price. Such possible large-scale invasion of privacy for everyone is quite a price.

Toews framing of the argument, Chris, is like George W. Bush's argument that, "If you're not with us, you're against us."

For people who claim to value freedom, they are very good at setting up false choices.

To offer people only two choices, is to deny them freedom.

Margaret Wente, in the Globe, has a sound article this morning on the government's "snoop" law. It seems privacy is only a government concern when it suits their ideological agenda.

I find myself disagreeing on virtually all the governments agenda. One thing that has gotten little comment is the establishment of Canadian "bases" in strategic place. The latest is in Germany. They are also looking to establish one in the far east. It seems our meager military will be used to pretend to be able to compete with the US. Apparently we have a policy to jump in wherever their is military confict involving the US. When was this debated? We saw this most recently when the last Canadian war ship was sent to the middle east and the Minister of Defence would not guarantee it would not get involved in an attack on Iran.
It is obvious from what Harper says his knowledge of the middle east is gotten from CNN and FOX news in the US. It is not very deep and often inaccurate. He is more pro Israel's Likud party than the US, where the historic Canadian policy was more even handed, While Obama has been trying to let Israel know that if they attack Iran without the US approval they may be on their own.
I wish Harper would say the same thing. Juan Cole, this morning, has a good explanation on the recent information out of Iran.
In short, the nuclear rods spoken of were for the reactor to develop isotopes, to fight cancer, that the US gave to Iran at one time. These are not for weapons. None of this seems to be reported in the establishment press. I could go on. . . . I find all this almost too painful to write about.

You have every right to be concerned, Philip. It's deeply troubling when those who couldn't survive boot camp take it upon themselves to send others into battle.