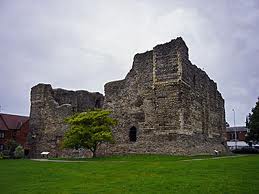 John Ivison reports that cracks are beginning to show in the Conservative Fortress. The backbenches are getting restless:

Simply put, I think MPs on the government side of the House who have been around since 2004, 2006 or 2008 are thinking about their legacy and resolving that always voting at their party’s call, and never thinking for themselves at all, is not how they want to be remembered.

There are no whispers of regicide in the Conservative caucus. Mr. Harper will remain Prime Minister until he or the voters decide otherwise. He remains respected for leading the party into majority government but he is not loved and, crucially, he is no longer feared.


If what Ivison writes is true, the Harper government could be at a turning point. The backbench -- and Conservative Senators -- are tired of being treated with the same contempt the Prime Minister feels for the opposition:

There is a widespread feeling on the backbenches that they have been taken for granted. A number say they are fed up being told what to do by “kids in short pants,” young enough to receive their briefing notes in phonics.

There have been rumblings from a number of Conservative senators, upset at being treated as a rubber-stamp by the Prime Minister’s Office, that they will start to send poorly thought out legislation back to the House.


There comes a time when the dictator's time runs out. The clock is ticking on Mr. Harper.
Posted by Owen Gray at 7:33 am

Having read both your post and the Ivison article, Owen, I would like to believe that some M.P.'s are finding their own voice, but I can't escape the feeling that most of them harbour the notion that if they are obedient boys and girls, at some point they will be invited to sit at the adult table, i.e., in cabinet.

How else can one explain the complete absence of personal integrity that characterizes their 'representation' of their constituents?

I'm sorry .. that is not a positive diagnosis, nor a remedial plan towards better health or any future for Canada. Nor is it a plan for getting rid of vermin in a barn.

We have a so called leader-statesman that is running his 'government' and caucus of legacy concerned political animals via the backsides and goodwill of 20 something, short pants. ideologically bereft thuggies.. and that's OK ?

You may be right, Lorne. After all, the best predictor of future behaviour is past behaviour.

But, when disillusionment sets in, even the previously obedient can revolt.

Ivison may think he sees revolt. Only time will tell if his observations are accurate.

But perhaps -- like the pigs -- they could learn to walk on two feet -- and learn to think for themselves.

It's highly debatable that, Harper even "won" the election. Who is going to forget about, Harper's ranting and raving Ministers? The names they called Canadians? That Harper's Ministers would even support him, makes us cringe.

It's the same with, Harper's Campbell/Clark BC Liberals. How could anyone in BC, not remember their treachery?.

BC citizens have total instant recall, of every last damned, rotten thing the BC Liberals did to BC and the people. We don't forget Harper's part, in the destruction of BC either.

Forget!!! Not on your Nelly.

I hope you're right. Things won't change until citizens refuse to forget.

Well if they want to change their legacy then regicide is in order.
That would be the only redemptive move that could erase their complicity so far.
Walking away to sit as independent might also carry enough sanctions that redemption and legacy ensues.
A group of conservatives, say 20, that issued a statement saying they could no longer abide by governing policy that comes directly from the pulpit of the alliance missionary church would have a chance of being immortalized by Canadians as the group that saved Canada.
It is a long way from rumblings to actual opposition of the leader.
It took MP David Wilks a full day to issue a retraction of even the hint of splitting the budget bill let alone actual opposition of something.
Cynic that i am i really doubt that despite the title of honorable that you will find 20 honorable men among them.
They have made their Faustian choice and self interest will rule the day.
Barring some sort of epiphany where they remember Canada and Canadians, it will be Brigette Marcelle who will have "legacy" long after what's his name in the twisted C harper government.

I'm sure we're a long way from a full fledged palace revolt, lungta.

But it's interesting that two previous Conservative prime ministers -- Diefenbaker and Mulroney -- were dethroned by palace revolts.

Perhaps there's something in the Conservative DNA . . .

I have got my mental sludge hammer working on the crumbling of the Harper castle...

FOLKS TALK TO YOUR LOCAL YOCAL CON MP AND TELL THEM "NO WE AIN'T GONNA TAKE IT NO MORE!"

And you are finnished and done in the next election...

They don't listen very well, Mogs. But I suspect that the closer we get to the next election, the more they'll begin to worry.

Perhaps there's something in the Conservative DNA .
Good point owen
Its like the adage that there are two disappointments in life
Not getting what you want
and the other is getting exactly what you wanted.
That infinitely awesome song in your head once you actually voice it is just really bad.
I'm sure harpco ranks are elaborately constructing self justifications for things as they are, muzzles and all (Ironic muzzling Canadians good, muzzling me bad)
But to those 20 who may find the mire they swim in revolting
I do heartily suggest...well... revolting.

Ultimately, lungta, I think it's a matter of self respect.

You can only grovel and then look at yourself in the mirror for so long before noticing the dirt on your face.