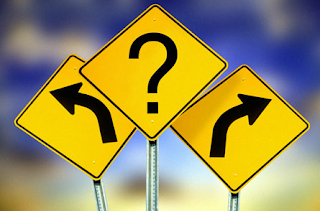 Take a close look at the body language on display at that press conference. What we saw was not the courteous warmth typical of a first encounter between two world leaders with common interests and similar world views. Rather, we saw what looked like an encounter between a wiser, more confident, more mature leader and a petulant, scornful child. And no handshake. No doubt, Russian President Vladimir Putin and his erstwhile populist allies in France, Germany and Italy were heartened.


As Trump pursues his American First agenda, he diminishes his -- and his country's authority throughout the world:

Already we see the baton of global leadership being pulled from America’s grip. President Trump’s criticism of trade alliances, and his subsequent withdrawal from the Trans Pacific Partnership, led Australian Prime Minister Malcolm Turnbull to suggest that the partnership be resurrected — with China replacing the U.S. as the pact’s lynchpin. The Latin Americans are not far behind him.

There is a growing recognition out there that the Trump/Bannon world vision is one of tightly-controlled European nation states, which — along with Russia — could serve as a white Christian bulwark against Islam and the ‘invasion’ of those job-stealing non-white hordes arriving from Africa, the Middle East, Asia and Latin America. In the minds of those now running the White House, the West should be dominated by strong Christian nations — the U.S. and Russia, through their respective spheres of influence — with South Asia dominated by an emerging Hindu-run India, and East Asia by China, tempered in its ambitions by an emboldened Japan.


Which means that Canada has to rethink its role in the world. And, as unnerving as that world is, Canada may have a new place in it:

Because of these developments, Canada — as the United States’ racially and religiously diverse neighbour to the north — finds itself today in a critical geo-strategic position, linked as it is (economically, culturally and militarily) with the U.S., while simultaneously reflecting many of the core liberal democratic values of today’s EU. And if Europe continues to reject alt-right populism, as it has in Austria and the Netherlands (and may well do in France and Italy), President Trump and the U.S. will find themselves even more isolated.

Canada needs to walk a very fine line here. It must balance its economic and security relationship with the United States (one which, in any case, needs to be diversified) with the interests of its partners in Europe, the Commonwealth and the Francophonie. To ensure the long-term survival of our liberal democracy and economic security, Canada must establish a more symmetrical balance — one guided not just by American economic imperatives but equally by the core progressive values it holds. Values like openness and transparency in the electoral process, ensuring the tools for economic success are widely available to all citizens, defending cultural tolerance and diversity and fighting climate change.


This is a pivotal moment. We will have to decide how to handle the pivot.

Image: puresurethoughts.blogspot.com
Posted by Owen Gray at 9:08 am

Email ThisBlogThis!Share to TwitterShare to FacebookShare to Pinterest
Labels: Canada In A Different World

To the US, since the 1950s, Canada's "critical geo-strategic position" has been and always will be the place where America intercepts Russia's ICBMs heading for the Homeland - to think otherwise is delusional.

It's always been difficult living between the two countries, !?. But moving closer to Trump's America would put us in an even more perilous position.

For some reason I don't understand the Canadian establishment enjoys colonial status. When it became obvious that England was no longer the world's most powerful bully Canada switched its allegiance to the US, an even bigger bully. Complete independence was never on the table.

The US is big enough to take care of itself. It does not need fawning courtiers from north of the border. It does not need Canada to do its daily bidding. The elder Trudeau was one of the few to promote real independence sparking much hostility on both sides of the border, particularly in Alberta. The younger Trudeau, content as a fawning courtier, displays no vision at all of an Independent Canada.

We are facing a moment when we are really have to decide who our allies are, Toby.

Hewers of water and drawers of wood are totally dependent upon exporting resources. That is so 18th century and the Economic stragagy of Harper. Canada can not bump up against USA like PET.
The world has changed and we will be crushed. Follow the Chretien model.

It's precisely because the world has changed that we have to think about doing things differently, Steve.