O'Leary Doesn't Get It 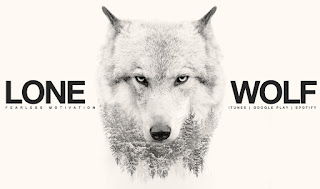 Kevin O'Leary skipped the last Conservative leadership debate. Instead, he held his own event at a near by hotel. Brent Rathgeber writes that, more than anything else, O'Leary's no show shows that O'Leary is profoundly ignorant about how politics work:

O’Leary claims he boycotted the debate because the format, with all the candidates on stage at once, was unproductive and boring. The people I talked to in Edmonton weren’t buying it; they said O’Leary stayed away because it was a bilingual event and he didn’t want more exposure for his lousy French. (He needn’t have worried; apart from the moderator, very few people at the debate were actually speaking French, and those who were spoke it slowly enough so that even unhyphenated Anglos like me could follow it.)

Whatever his real reason, his decision to flout the rules and run his own event says volumes about O’Leary’s approach to politics. He’s a lone wolf — someone who’s used to getting his own way. He plays by his own rules and is prepared to ignore the ones he finds the least bit inconvenient. He’s already hinting that he might skip the last officially sanctioned debate if the format isn’t changed.

But the format isn’t the issue here — O’Leary’s attitude towards party politics is. Superficially, the worlds of politics and business have a few things in common. In both fields you need leadership skills and an ability to inspire people – and you won’t get far without a healthy sense of self-confidence. But when you own your own business, you can fly solo — making decisions on your own, taking the wishes of others into account only when they’re regulators, or customers.

That’s not how politics works. Canada may have fallen into the habit of letting its politics revolve around party leaders to an unhealthy degree, but politics here is still not a field in which you can freelance. Business leaders can surround themselves with loyal lieutenants. Party leaders and prime ministers are surrounded by ambitious rivals, braced to take over the minute they stumble.


Prime Ministers and presidents have to accomplish their goals by cooperating with a legislature. Donald Trump is just learning that. Obviously, Mr. O'Leary hasn't learned that.

He simply doesn't get it.

I am not sure whether he doesn't get it or he really is gambling that he can change the rules of the game (similarly to how Trump did) and still win. The problem for people like Leitch and O'Leary may simply be one of timing. Even if one of them won the party leadership race, by the time of the next federal election Trump may be so unpopular that the very idea of rightwing populism will be anathema to the vast majority of people.

All I can add, Kirby, is that outcome is a consummation devoutly to be wished.

Rathgerber is right Owen. O'leary is profoundly ignorant about politics. It amazes me that he actually thinks that he has the knowledge and capability to run the country.

Trumps political ignorance is out there for all to see. Maybe it's wishful thinking on my part, but I can't see the majority of Canadians voting for him.

There seems to be a number of business/celebrities who think they can be president. Oprah Winfrey is the latest.

Maybe we really are living in a celebrity culture.

Certainly celebrities are living in a celebrity culture, Pam. But the simple truth is that you don't have to know much to be a celebrity. Dogs and cats can be celebrities.

O'Leary can't be happy to see his American idol adrift and heading for the shoals, Owen. If Trump craters he'll take down KO's entire shtick. He's another one trick TV pony. Leitch is the one who most troubles me.

O'Leary may think what he said on Dragons Den was just reality TV talk that doesn't count. But surely the Cons know that it will provide hours of fodder tor Liberal TV ads if they choose O'Leary and the viewers will not be as dismissive of what O'Leary said as he is.

Leitch is supposed to be very bright, Mound. But there seem to be a lot of blind spots across her mental landscape.

If they make the mistake of choosing O'Leary, rww, they will set themselves up for defeat.

Rathgeber knows what he's talking about. O'Leary has already said that, if he gets the leadership and fails to achieve a majority in the election, he would expect the party to fire him. Check out this exchange with Mark Cuban and take note of what O'Leary considers to be a viable check on the possibility abuse of power by a Canadian Prime Minister:

I don't like either of them but I fear that O'Leary is more electable than Leitch and will be trouble if Justin should appear to have blown it on economic issues. There's much more to say on this. I haven't determined yet what it would be best that I keep to myself.

Thanks for the link, John. More money. More power. As they used to say about Ignatieff, "He didn't come back for you."