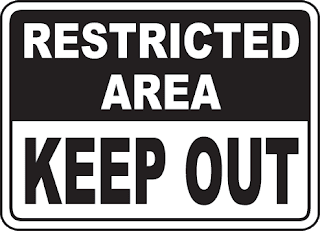 The Conservative leadership race is almost at the finish line. And the contestants are firing up their base, not building a big tent. Bruce Anderson writes:

On a range of policy issues, the Conservatives seem determined to re-create the same coalition of voters that supported them in 2015, when they were handed their hat. Stephen Harper’s party bet heavily against compassion for refugees and tolerance towards Muslim immigrants. Most observers in the Party acknowledged that the low point of the campaign was when Kellie Leitch and Chris Alexander stood at a podium to announce that Canada needed a special measure—a toll free snitch line—to report the barbarism of your next door Muslim.

That didn’t work very well. But both those former Ministers are running, and hanging out with the Ezra Levant crowd which never wants to talk about anything else. Too often the only news about this race was the fight over who cares enough to keep Canada ‘Canadian’, if you know what we mean.


To win an election in Canada, a party has to do what Justin Trudeau did -- appeal to millennials:

You don’t have to be elbows deep in polling data to know intuitively what we see in our studies—that most young people are progressive and open minded, global in outlook, interested in new ideas, compassionate about the refugees, concerned about climate change, and inspired by technology and innovation.

Younger voters want smart, creative thinking about how to shape an evolving Canadian economy in a constantly disrupted world. They want a society that’s welcoming and open, not suspicious, anxious and closed.


They need a big tent. But Conservatives seem obsessed with keeping "the wrong kind of people" out.

What's the proverb, Mound? "He who troubles his own house shall inherit the wind."

... hope I don'r reap the wind.. but here is my opinion.. and my question.
How does bringing in 1/4 million immigrants every year 'grow the economy' ?
I am not talking about refugees..
And where do most of those immigrants end up? Toronto? Or Mississauga? Or ?
And what does the 'breadwinner' or parents do for a living?
What were they doing previously? Farming, fishing, teaching, legal services?
How many children or relatives are involved, on average? Birth control? Any?

Its just that I have never seen a simple explanation from a political leader
re 'growing the economy' and whatever that really means.
It seems to go hand in hand with 'energy security' ..
You know, dilbit supertankers to Asia are energy security.. somehow.
And democracy is elected but 'whipped' MPs
or as in BC its legislature that didn't 'sit' because ? Uh Christy Clark.. huh?
So why do we vote anyway.. ?

I believe we need almost a generation to absorb and adapt
certainly in major urban centres a la Montreal, Vancouver
and whatever monstrosity Toronto - Pickering - Mississauga - Brampton
has become. Overpopulated? Its out of control..
Did I mention Oakville, Oshawa, Markham ? All connected too !
The amount of garbage generated is staggering..
plastics, foam, cardboard, metals, toxins, heat, carbon.. cars & truck exhaust

We take farmland to build subdivisions..

I love seeing hockey sticks and cricket bats on the porches..
but I fear those children may never see an actual farm
help milk a cow.. see fish in a river, or eagles in flight
We have so called governments.. selling us all out
screetching about 'job killing carbon tax'
while studying their stock porfolios in the House of Commons

At the moment, I can only offer anecdotal evidence, salamander. We live near Belleville, Ontario, A little more than a year ago, our community took in a Syrian refugee family. The father of the family now has a job in Belleville. Another refugee family is on the way. Because we are moving and downsizing, we donated some furniture for the family's use.

Most Canadians -- of whatever nationality -- head for the large urban centres. But there are opportunities out here in the boonies. It's always been about opportunities -- and where you find them.

.. in the interests of disclosure I would like to add I come from Irish ancestors, on both sides, who came here early 1800's & pre potato famine. Sprinkled thoughout southwestern Ontario, southern Manitoba, Wisconsin, Pennsylvania, North Dakota, Toronto, Calgary, Banff, Vancouver.. it does seem they flourished OK.. we added a newborn great niece yesterday.. 1/2 Irish descent, 1/2 Italian, 1/2 Scottish.. I know the math seems odd, but its how it is.. My fiancee brings Russian and First Nation + some Dutch to the mix.. and more of that steady southwestern Ontario heritage..

I myself have lived or worked in every province aside from .. well uh, I never made it to the Yukon or Northwest Territories or Cape Breton.. but worked in Swan Hills, Alberta before a shovel was ever turned in the tar sands, Hull, Vancouver, Newfoundland as well. I drove combines, filmed explosives at the bottom of Kidd Creek Mine, worked in triple maximum security & travelled the world as a freelance photog, writer & bon vivant. Dubai, London, San Fran, Salt Lake City, New York, Mexico.. you name it. My first novel starts off high on Vancouver Island, the sequel is set in Banff. I write what I know - so to speak.. I won a national championship in college basketball, played collegiate football as well. I have worked with extreme drug addicts & the emotionally disturbed & I have shot video or stills in almost every major hospital in Canada

My point is.. the Canada that I know.. and have known.. is the one I want to see made accessible to each and every child or adult, that lands upon or is born upon these fortunate shores.. I won't accept less opportunity or freedom for a single soul.. ever. I care not if they have come from Mars or Mozambique.. or hatched under a toadstool. I never met my mother, I met my father while walking my older sister down the aisle at her wedding.. I kid you not. I bought a used black Lincoln Continantal for 500 to take her to the wedding.. and we played euchre with the AC on at U of G in that same Linc that same summer

Everybody has their own stories.. I have seen the salmon run, met the grizzly bear and the bald eagles, seen the hummingbird, the peregrines too. Deer in the fields at dawn, elk by the dozens at TwoJack Lake & rogue waves at Peggy's Cove.. belive I saw the wind in Saskatchewan, but that's something you can't be too sure about.. Now who is a deprived or depraved political animal like Kellie to lecture me, her senior.. about values or Canadian perspectives? In my humble view she has little or no 'standing' .. in fact she has dick! There are thousands upon thousands upon thousands like me.. who seek the wind. Some rich idiot from Boston? A greasy thug named Kouvalis? Kenney? Or even a guy named Trudeau.. Its get a grip time in Canada.. and political animals that don't 'get it' need a rude awakening. They work for 'us' not for big business, or lobbyists.. they are temporary workers paid by us.. and they need to relearn, how to listen & how to serve..

I agree with you, salamander. There's a lot of relearning to be done. Like your Irish forebears, my great grandfather fled the potato famine and settled in Quebec's Eastern Townships. Some of his twelve children drifted to Montreal and some of them drifted to Portland, Maine -- looking for opportunities.

Well here is my 2 cents.
I would rather bring in 250,000 actual refugees from war torn nations than the 250,000 "investor immigrants" that use our system like a buffet and pay even less taxes than actual refugees. House wives and students spending hundreds of millions on properties that real house wives and students could never ever ever dream of owning. All the while paying minimal taxes or none at all. But i bet the "investor immigrants" are more likely to vote for the party that gives them free reign with lax laws and 0 enforcement of the weakest laws in Canada. You know ....open and transparent government.

Most Canadians -- of whatever nationality -- head for the large urban centres. But there are opportunities out here in the boonies. It's always been about opportunities -- and where you find them.

The danger of immigrants settling in large cities is that we see the emergence of ghettos .
Ghettos breed counter cultures , nations within nations.

We have in Canada, so far, thankfully, somewhat avoided this ; but it is no time to be complacent.

Maybe Canada should request the removal of the statue of liberty to Halifax ; it would be a more honest rendering of it's original purpose..

I agree, Jason. The country will benefit more from the energy and drive of those who have endured war and famine than from those who have lived comfortably and are used to being served.

Immigrants populate in ghettos, TB. My Irish forebears congregated in a part of Montreal called Griffintown. Mordecai Richler's family lived on St. Urbain Street. But they and he moved out and up.

Mr. Trump has made a mockery of the words on the base of that statue.