Sending Him To The Showers 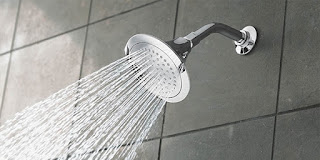 The Liberals want to change the rules in the House of Commons. They want to limit Justin Trudeau's required appearances in the House to once a week. That's the way the Brits do it. But, Lawrence Martin writes, that won't wash here:

The optics on accountability are dreadful. That the Liberals were perceived to be intent on proceeding unilaterally on this and other changes to parliamentary procedure had critics in high dudgeon.

Trying to defend the initiative was Liberal House Leader Bardish Chagger. She was beaten up, as she often is. It’s hardly her fault. She’s a greenhorn, a 36-year-old rookie MP who inexplicably was handed a job that requires more seasoning than practically any other post in government.

The stench that arises with the abuse of power is growing stronger:

The Liberal gambit comes off as just the latest in a long line of heavy-handed conduct. Broken promises, underhanded efforts to limit parliamentary debate, elbowgate, cash for access fundraisers, secrecy over the Aga Khan trip, so-called open nominations in ridings, and so on.

Given all the negative blowback, one would have thought that Mr. Trudeau would have been particularly sensitive to doing anything that smacked of anti-democratic arrogance again. Not so.

Give him his due. He is more accessible, candid and forthright than other prime ministers and no one should underestimate his impact. In short order, he completely resurrected the Liberal Party. In short order, 18 months in office, he has refashioned Canada’s global image. We’ve gone from being seen as uptight on the right under Mr. Harper to an open and forward-looking society that much of the world looks up to under Mr. Trudeau. Doubters need only read the laudatory assessments in the foreign
media.

Nonetheless, if Canadians get the idea that it's all gone to Justin's head, they'll send him to the showers in the next election.

Email ThisBlogThis!Share to TwitterShare to FacebookShare to Pinterest
Labels: Changing The House Rules

"an open and forward looking society that much of the world looks up under Mr. Trudeau.Doubters need only read the laudatory assessments in the foreign media."

Really? There is nothing forward looking about Trudeau. The foreign media may love him, but so what. He not only is NOT forward looking but is in fact regressive, taking Canada back to Harpers neoliberal agenda. He is a clone of Harpers, with more zeal.

Having a pleasant personality does not mean that Trudeau is progressive. I'm sure the foreign governments particularly the US really like him, because he pretty well does what he's asked to do.

Canadians are starting to realize that he is not the man he presented himself to be in the election campaign. His intelligence is mediocre at best. He is good at following his advisors orders and questions nothing.

I would like to see him sent packing in the next election.

You may get your wish, Pam.

I also would like to see the whole lot sent packing in the next election. The problem is with the likely replacement.

Owen, what puzzles me with this government, as with the previous one, is that the rest of the pack is nothing but a postscript to their Prime Minister. Many of those MP's campaigned with real concerns and real ambition to solve problems and now simply echo what they are told. In many cases they are doing and saying the opposite of what they campaigned on. We have an Environment Minister who promotes pipelines for dilbit, a Minister of Justice who shortchanged a Supreme Court decision, etc. Real leaders surround themselves with people who aren't afraid to challenge the party line.

It's about concentration of power and wealth, Toby. And, in the end, only a few benefit.


Out my way we're certainly ready to send them packing, Owen. I hope those votes migrate to the NDP and Greens but some seats could wind up reclaimed by the Tories. Some prominent British Columbians think it's time to just pack it in. http://rafeonline.com/2017/03/a-british-columbian/

"I find I no longer come close to sharing the values Canada now stands for – I’m not talking about opinions but a philosophy of life, a set of basic values.

"As a core value, I value the environment above the desire of bankers and developers to make money and bought and paid for politicians to support them. I accept the need for societal sustenance but do not accept plunder in the name of progress.

"The flashpoint is the Trudeau supported revival of the Alberta Tar Sands and the Prime Minister compelling BC to sacrifice both principle and its environment to the transport and sale of Tar Sands product to places that will be under no constraints as to its use. I believe Canada must accept responsibility for safeguarding water, land and air in places it exports products and services. I cannot be loyal to a country that has no such values."

I personally find it impossible to disagree with Mr. Mair.

You can sense the frustration growing, Mound. You have to wonder how good the Liberals' intelligence system is.