Paying The Price For Ignorance 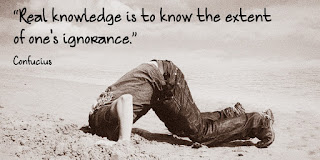 Mr. Justice Robin Camp has resigned. You may remember that Camp is the Alberta judge who wondered why a woman who appeared in his courtroom -- alleging that she had been sexually assaulted -- couldn't keep her knees together. He recently underwent a "re-education" regime. Gerry Caplan writes:

Since the rape trial at which he presided so ignorantly, many had argued for the need to educate Mr. Camp in the ways of women and the world. Several feminist scholars were even brought in to give him what was called “in-depth counselling” – a kind of crash course, I guess, on modern women. Three of them decided that he was genuinely interested in changing.

The same goes for his colleague in Halifax, Judge Gregory Lenehan, who in his recent ruling on a sex assault case said “a drunk can consent.” Right. Even when they’re found unconscious in the back of a cab and had peed themselves.

Who are these judges? Have they been on Mars? Do they represent the male judges at the pinnacle of our criminal justice system? Were they unconscious while the endless struggle for women’s equality and a woman’s right to be respected played out as front-page news?

Both men are not uneducated. But both men are ignorant. Caplan argues that the antidote for ignorance is paying attention:

Justice Camp was a university graduate; a well-paid professional. We have the right to expect judges like him to be aware of their surroundings. Of basic morality. When asked why his cabinet was gender-balanced, the Prime Minister said, simply, “Because it’s 2015.” Everyone, but everyone, knew what he meant. No special courses were required by anyone.

It's not just judges. Lots of folks are simply not paying attention. And there is always a price to be paid for ignorance.

I'm not sure I agree with your conclusion that we pay a price for ignorance. Like the two judges who made grievous mistakes because of their apparent ignorance, we most definitely pay a price when we act out of ignorance as you say: President appears to be another good example of that. For the great majority of people who are profoundly ignorant one thing or another which is of no concern to them and will have no effect on them, there is no price for that. And that kind of ignorance, I believe, is the most common kind. But for those who are not ignorant of some things which are important not only to themselves, but to other people, and fail to act when they should, I would argue they also pay a price - perhaps a heavy one, and at the very least, a price of failed conscience.

We got a lot of old white people in charge. The question is would a bunch of young diverse people build a better civilization?

Young or old, white or of colour, unless we try to build a better world, Steve, we will surely perish on this rapidly warming planet.

I hate to be Debbie Downer Owen. The best "targets" are farts in the wind. The best most people who should not be on the bubble do not have the courage of thier convictions to to convince the world we need a hydrogen economy today. In 100 years the only countries that will be liveable are Canada, Scandiavia, Parts of Russia an New Zealand, with the exception that Antartica is accepting pioneers.

Given the precarious existence of the planet, Steve, one hundred years makes you sound like an optimist.


Unfortunately ignorance is cultivated today. When belief, essentially faith, displaces evidence, fact and logic and a population, in this state, can instal someone like Trump into the presidency, ignorance has been transformed into an attribute.

For a huge number of folks, Ignorance has become a badge, Mound -- a sign of so called virtue.

Old and black ?
Old and Fisrt Nations ?
Old and of any color?

Well Steve, of undetermined age..
What is it you bring to society, culture, knowlege ?
Your youth? And at what age benchmark does your validity occur?.

I am prone to listening to any age..
and measure the advice or opinion..

salamader I am 58 and white