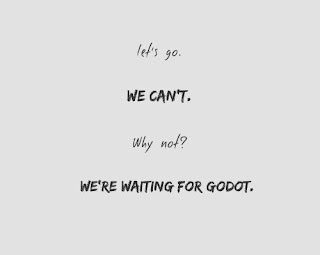 Kevin Page writes that yesterday's budget was not a history making event:


The Liberals are still going to run deficits, but they're investing in nothing new and nothing big. And there's not much of a plan:

What will we get for the $140 billion addition to our stock of debt over the next 6 years?

We are doubling infrastructure spending over the next ten years. Budget 2017 lays out where this money will go. Still, there is no national needs assessment — no national or sectoral plan. If there is no plan, how can we hold the government to account?

Budget 2017 lays out a strategy to strengthen skills and innovation. It may be a good strategy but it’s not a plan. There are commitments to review existing programs and to work with the provinces to strengthen labour market agreements. This is all good — but why did we not do the spending review before Budget 2017, so that we would have resources to fund new priorities and programs?

Why the caution? The reason, we're told, is that Donald Trump -- ever the disruptor -- hasn't laid out his plan. And, until he does, we are going to tread water.

Like the rest of the world, we're waiting for Donald. But perhaps. like Godot, he'll never show up.

Email ThisBlogThis!Share to TwitterShare to FacebookShare to Pinterest
Labels: Budget 2017

IMHO if we want to make budgets they must be future productive and that is all education and ifrastructure. The rest of Canada may get there shorts in a knot but we have 3 world class cities in Canada. Vancouver, Montreal and Toronto. Lets build up that knot. We need number one a HSR between Toronto and Montreal modled on the great Japanese Shinkasen. Its four tracks. If you travel this route you will see a wall of industrial production that would make Trump wonder if he should lay railway ties instead of something only the giants of Wrestling would design as something they could not overcome.

I think High Speed Rail between Montreal and Windsor is a good idea, Steve. But Canada is a big country; and you have to offer the rest of the country something for their tax dollars.

High Speed Rail between Calgary and Edmonton should be a no brainer. Similarly, Calgary to Winnipeg. Those routes have no mountains and few rivers to cross. It would be tougher in BC or across the Canadian Shield.
__________________

The Liberals like ramming up the debt/deficit with no end in site but have nothing to show for it. Where does all the money go? It makes me wonder if the plan is to bankrupt the country and leave it for the corporate vultures to move in and plunder. That goofy bank they talk about setting up would be ideal for aiding and abetting the plunderers.

There are definitely other rail lines that could be built to spur economic growth, Toby. But the idea is to benefit the public, not private investors.


High speed rail makes sense on the Windsor to Montreal corridor because of the population density along that route. Those same conditions don't apply to Toby's suggested Calgary to Edmonton or Calgary-Winnipeg routes.

The rest of the country needs a modern trans-Canada railbed capable of supporting four lines. There's really no excuse for carbon-intensive long-haul trucking. Moving freight by rail can be up to four times more fuel efficient than highway transport. A U.S. company, CSX, has produced a train engine that uses three diesels. All of them can be online for starting up or on grades but on flat routes or downhill runs, one or two of those engines can be shut down.

Lower transport costs, save energy, slash freight shipment emissions, cut down on wear and tear on our already decaying highway infrastructure. It makes sense in so many ways.

We can also invest in rehabilitation and expansion of our electrical grid to facilitate the transmission of clean energy from areas in which it can be harvested cheaply to less advantaged areas.

Here in Ontario, the cost of transporting electricity has become a hot button issue, Mound. If the government really wants to support green economic growth, there are plenty of ways to invest the money wisely.

While I agree with Mound's comments about high speed rail, as far as he went, the prairie routes are relatively flat and straight. With a well prepared roadbed and smooth track conventional passenger trains should be able to travel at least as fast as the cars on the Calgary Trail. The trains go downtown to downtown which can be a big time saver.

We spent a couple of years living in Hope, BC. While there I discovered that the truck traffic through the Canyon or over the mountains every night was continuous. I estimate their loads would fill at least two trains.

Several years ago, maybe the 1980s, the railways decided that they didn't want lineside business because it was too labour intensive. They wanted long unit trains like 100+ car coal trains. After a few years of that they figured out that the lineside business paid more per car than the unit trains and that the railways had thrown away considerable business that the truckers had happily gobbled up. Getting that business back is nigh on impossible.

Have you noticed that when a rail line is shut down in Canada the tracks are pulled up as quickly as possible. This doesn't happen in other countries. My theory is that vested interests want to make sure that the rail line can't be re-opened.

All that asphalt has weakened the rail business, Toby.

That reminds me of how Detroit automakers bought up and then shut down electric trolley systems across the U.S.

GM could have manufactured the Chevy Volt fifty years ago, Mound.

For those want to know more, this is at Youtube.

Taken for a Ride - The U.S. History of the Assault on Public Transport in the Last Century

Thanks for the link, Toby. Very interesting.

You are welcome, Owen. Among the electric railways lost to the Detroit slaughter was The BC Electric Company which had the about 250 miles of track, mostly in Vancouver and the Fraser Valley. Trains ran all the way east to Chilliwack and south to Steveston. Skytrain's lines to New Westminster are over old BC Electric Company tracks.

Visitors and residents in Victoria might notice Interurban Ave. BC Electric Company ran interurbans up the Saanich Peninsula passing close to the present ferry terminal. You can imagine how useful that could be today.

I wonder how many people are aware of this history, Toby. Some "new" ideas actually aren't new at all.