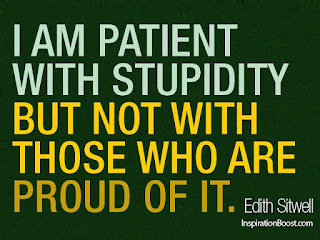 Canada has to respond to Donald Trump's tariffs on steel and aluminium. But the response must not equal Trump's stupidity. Lawrence Martin writes:

You have to threaten him, says former free-trade negotiator Gordon Ritchie, with retaliatory measures that inflict real political damage. “Go after the swing states,” he says. Send Mr. Trump a message that if he persists with his plan, Ottawa will target imports from Pennsylvania, from Ohio, from Wisconsin, from Florida.

They are all states that are critical to his political prospects. They are heavily dependent on Canadian trade whether it be in machinery, metals, pharmaceuticals or agricultural products. Canada, which is the leading export destination for 38 states, is Florida’s No. 1 economic partner. Measures could be taken such as changes to tax rules for snowbirds “that would be a real gut punch,” says Mr. Ritchie.


It seems clear, that with an election going on in Pennsylvania, Trump's tariffs are meant to garner votes there. The Canadian response should be predicated on taking votes away from Trump. And, in the end, the Congress has to approve all trade treaties:

A show of tougher Canadian resolve might help spur Congress to stop Mr. Trump. Though the President has the authority to negotiate international trade agreements, the Constitution grants Congress power “to regulate commerce with foreign nations.” A 1962 trade law that allows the President to impose tariffs if required by national security is cited as the basis for his measures. But in the case of Canada, a long-time ally and defence supporter, it is a demonstrably specious contention.


Trump's actions are colossally stupid. Canada's should be wiser -- much wiser.

Trump's now saying that Canada and Mexico can avoid the tariffs by caving to US demands on NAFTA. Our response should be that we don't negotiate with terrorists.

My fear is that Trudeau will cave.

That's a legitimate fear, Toby. But it's clear that he has the tools to respond. Let's see what happens.


British Columbians have become accustomed to be rolled by Americans over softwood lumber for decades. The US slaps hefty punitive tariffs on our softwood, we appeal to the trade tribunal, we win and America's response is to give us back half of what they pocketed in illegal tariffs. Literally the following day another US softwood producer files yet another dumping complaint starting the process all over again. And what does Ottawa do for us? Bugger all, that's what. We're a political football for them, a plaything.

Instead of playing tit for tat, I would favour a general re-alignment of Canada's international and trade relations, reducing our dependence on American markets by increasing our integration with Europe.

That may be the eventual outcome of all of this, Mound. It's becoming clear that the United States is an unrelaible partner. That's the big take away from Trump's presidency.

Canada is many things. It has in the past been a maritime country that relied heavily on shipping everything. We once built great ships and moved goods from our coasts and even from our interior. Trade with America made us lazy because profit rose above ingenuity. It seems to me that a once great ship building industry should be revised and we should become like Hong Kong, Shanghai and others who have moved goods by the ship loads . Hell we have the steel that the Americans want us to pay them to use lets make ships and put people to work building, loading, sailing and supporting that industry. It all seems so simple.

It's true we have shipyards looking for business, zoombats. And there are certainly other markets.

Further to what zoombats said... Having severed the Dominion status Canada had an opportunity to become a truly independent country. Instead, it chose to be come a de facto colony of the US. For many purposes we function as the fifty first state. Protests to the contrary are just that, protests. Canada would do well to take Mound's advice and realign with Europe.

I agree, Toby. The American Empire is in decline. Unless we cut the umbilical cord, we'll deline, too.