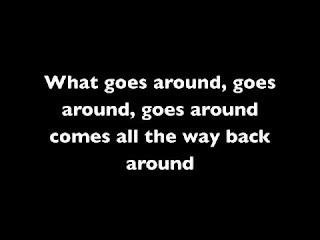 Max Boot is no liberal wingnut. He was on the conservative side of the political spectrum long before Donald Trump got there. Boot writes that Trump is perfecting the Big Lie:

The Post reports that he began his presidency by making an average of 4.9 false or misleading statements a day. Lately, like a Stakhanovite, he has ramped up production to an average of six falsehoods a day.


He refers to the lie Trump told Justin Trudeau, then he moves on to other lies:

Like Trump’s claims that Gen. John J. Pershing slaughtered Muslims, or that his inauguration drew record crowds, or that he would have won the popular vote if millions of illegal immigrants had not voted, this is another example of a would-be dictator’s desire not just to sneak lies by us but to shove them down our throats. Trump is signaling that he doesn’t care what the truth is. From now on the truth will be whatever he says, and he expects every loyal follower to faithfully parrot the official party line.


There was the lie about Rex Tillerson's firing:

The White House initially claimed that Tillerson had been notified the previous Friday that he was being let go, but on Tuesday Steve Goldstein, the undersecretary of state for public diplomacy and public affairs, contradicted that spin by telling reporters that Tillerson was “unaware of the reason” for his firing and had just found out about it. Goldstein was immediately canned and, in a significant bit of symbolism, replaced with a former host of “Fox & Friends,” Trump’s favorite TV show.

The same vindictiveness was apparent in Attorney General Jeff Sessions’s decision Friday night to fire former FBI deputy director Andrew McCabe after 21 years of service, just more than 24 hours before he was due to receive his pension. The excuse apparently was McCabe’s supposedly unauthorized communications with the media about an investigation into the Clinton Foundation, followed by alleged attempts to mislead investigators. But Trump’s gloating tweet makes it obvious this was punishment for telling the truth about the Maximum Leader’s attempts to obstruct justice and end an investigation into his links to the Kremlin.


Apparently, Mr. Trump has never learned one of life's first maxims: What goes around comes around. Rest assured it will.

Email ThisBlogThis!Share to TwitterShare to FacebookShare to Pinterest
Labels: Trump And The Truth

I strongly doubt the US institutions of governance will be able to find the courage to bring serious charges against Trump. That would amount to admitting that their system isn't infallible, that the people are not always right, that their news media are no longer a protective arm of democracy, that their party system is criminally dysfunctional, that their law enforcement agencies are corrupt, that their courts are the wholly owned property of a cabal of corporate bandits.

They ain't goin' there.

Benjamin Franklin told Americans that the founders had decided on a Republic -- "if you can keep it." Americans will have to decide whether or not they can keep it, Deacon.

.. looking for common sense in all the wrong places..
and integrity, honor, responsibility left the building with Elvis

The current White House is the land.. well
of the parasites.. nothing unusual in that
its now the default position of politics..

When Trump goes down, the Republican Party should go down with him, sal. However, it may survive Donald -- in all its corruption.


Maybe it's part "Fire and Fury" and part "Russian Roulette." Maybe it's this business about Cambridge Analytica, Robert Mercer and Steve Bannon, the manipulation of the 2016 elections. Maybe it's Robert Mueller. Probably it's all those people and things and events but it really is starting to feel as though the wheels are coming off this wagon.

I agree, Mound. I'm beginning to wonder if Trump -- like Nixon -- is wandering the halls at night, talking to the pictures.