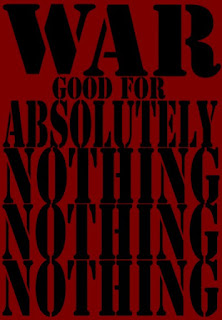 Yesterday, Donald Trump announced $60 billion dollars of tariffs against China. Today, China announced its own tariffs on American goods. Paul Krugman writes that, when it comes to trade, China is a bad actor:

When it comes to the global economic order, China is in fact a bad citizen. In particular, it plays fast and loose on intellectual property, in effect ripping off technologies and ideas developed elsewhere. It also subsidizes some industries, including steel, contributing to world excess capacity.


But Trump's "solution" is no solution at all -- because he doesn't understand how China fits into the global trading structure:

China is, as some put it, the Great Assembler: Many Chinese exports are actually put together from parts produced elsewhere, especially South Korea and Japan. The classic example is the iPhone, which is “made in China” but in which Chinese labor and capital account for only a few percent of the final price.


When Trump starts a trade war with China, he also starts one with Japan and South Korea -- not to mention American companies like Apple. And,

by bumbling into a trade war, Trump undermines our ability to do anything about the real issues. If you want to pressure China into respecting intellectual property, you need to assemble a coalition of nations hurt by Chinese ripoffs — that is, other advanced countries, like Japan, South Korea and European nations. Yet Trump is systematically alienating those countries, with things like his on-again-off-again steel tariff and his threat to put tariffs on goods that, while assembled in China, are mainly produced elsewhere.


As is always the case, Trump's policies are rooted in appalling ignorance. Vanity Fair reports that Trump has told associates,"Now I'm fucking doing it my way." When Stupidity marries Insanity, their offspring will be Explosions. The only questions are:  How many and how big will they be? Now that John Bolton has been hired as Trump's National Security Advisor, there should be several big ones.

Image: Disability Arts Online
Posted by Owen Gray at 9:49 am

Email ThisBlogThis!Share to TwitterShare to FacebookShare to Pinterest
Labels: Trump's Trade -- And Other -- Wars

I haven't seen much mention of this story though it is huge. There should be a lot more coverage than there is.

Canada is exempted, for the time being anyway, but there will be a big price for this, I fear. This exempting some countries and hitting others is a divide and conquer attack and it would pay for all countries to stick together, whether exempted or not.

Absolutely true, ffd. Trump specializes in sowing chaos and humiliating everyone who crosses his path. This does not bode well for the future.

Not sure why anyone should hang on Paul Krugman's words. This tired old meme of China stealing western IP is wearing thin.

How difficult is it to make cars? You can order up all the Swiss machine tools and robots you want. For example, Geely, a Chinese car company, bought Volvo some time ago, and opened two Chinese factories that are more advanced than the ones in Belgium and Sweden. No doubt the one currently building in South Carolina will be even better.

Is the Chinese advanced rail system ripped off from the USA? I bet not, it's much better.

And how advanced do you have to be to mould plastic dustbin lids and all the detritus found at Walmart? Never heard the story about cheap bits from Japan and Korea being assembled in China. Sounds apochryphal to me, another of the whingeing semi-racist "facts" someone thought up at coffee break. But I'm only a retired mechanical engineer so WTH would I know?

Certainly all those ball-busting US companies hied off to China in the '90s, willingly accepting 50:50 joint ventures to make big profits. Same with Euro companies.

Now, if Krugman is saying the Chinese absorbed how these factories were set up, yet equates this with IP theft, he'd be correct. But what would anyone with a brain expect? I mean, c'mon.

The Americans are full of upside down logic. They export factories and jobs, then blame the foreign country for exporting the products back! No blame on the US entrepreneurs who created the situation in the first place. Dumb. No, it's dem dang Chinese causing the problems. And let's arm teachers and reject universal health care. Makes no sense.

Krugman is an establishment man, an NYT corporate stooge, who like Monbiot over at the now establishment Grauniad, are occasionally allowed to express slightly offbeat opinions.

It's like the phony Russian Novichok nerve poison in Blighty. All a put up job, not Russia. Off-guardian says so, MediaLens says so, and Craig Murray, ex UK ambassador says so. All Brits, but all we get is what May and Boris say, and the anti-Russian braying continues apace led by the Blighty establishment and Freeland. Ridiculous. The US goes for China. A two-pronged attack on behalf of the Western corporate faction who are feeling a bit queasy recently. World domination is faltering, so let's get 'em before they get any stronger seems to be as deep as the reasoning goes.

I am in belief that most american corporations were tripping over each other to donate technologies and company secrets for unlimited profits thus deserting each others home land for China.
I mean no disrespect towards you Owen just wondering if i am wrong thinking this. JWH

Canada, Australia and British Steel and Aluminum are exempt from US tariffs, other than those imposed by the Senate, as under 1964 NSC 148 they are deemed to be a Military Strategic Reserve.

Treason Tribble can yell all he wants, but only the Senate can impose tariffs on that steel and aluminium.

So far, Treason Tribble, facing reality, has abandoned samctions on steel and aluminium imports, except for Russia, which must piss his handlers off at 8.7% of imports, and China at 2.4%.

Krugman does say, BM, that the deficit with China is nowhere as high as it used to be. His main point, though, that when you attack China you also attack several other countries -- because of an integrated production system -- appears to me to hold water.

And, as you say, the Americans refuse to recognize the part they have played in setting up that system. By the way, your take on the world reminds me of my father. He was also a mechanical engineer.

I think you're right, JWH. The profit motive has been behind the shift of production to China. The problem is that focusing primarily on profits can cause shortsightedness. Then you blame your bindness on someone else.

I'm sure Vlad is ticked, Jay. He must know by now that Donald doesn't know how to think strategically.