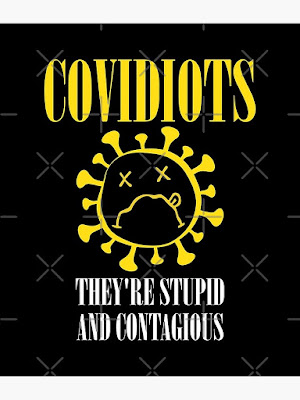 Jason Kenney is in trouble. There is a significant revolt in his caucus. Don Braid reports:

It’s out in the open — a full-blown revolt against Premier Jason Kenney’s COVID-19 policy by 16 UCP caucus members.

This is very serious business for Kenney; a crack that could become a chasm at the heart of government, just as the virus itself is again spreading quickly.

The MLAs’ joint letter “to Albertans” on Wednesday says: “After 13 painstaking months of COVID-19 public health restrictions, we do not support the additional restrictions placed on Albertans yesterday, and will continue advocating for a transparent path forward that provides certainty to Alberta families, communities and businesses.”

These UCP politicians, mostly from rural and small-city areas, also level a devastating allegation that repeated attempts to communicate have been ignored.

“For months, we have raised these concerns at the highest levels of government, and unfortunately the approach of government has remained the same,” the letter says.

The signees include some high-profile members — Tracy Allard, the former minister who was ejected from cabinet for holiday travel to Hawaii; legislature speaker Nathan Cooper, who represents Olds-Didsbury-Three Hills; Angela Pitt from Airdrie-East, Miranda Rosin from Banff-Kananaskis, and 12 more.

Politicians on the right have seen the pandemic as primarily a political problem, not a public health problem. And that frame simply leads to insanity.

The Alberta Revolt once again underscores the fact that modern conservatives live in an Alternate Universe.

Nate Horner, the MLA for Drumheller-Stettler, recorded a Facebook video pointing out that his vast riding has very few cases.

“No one’s more disappointed than me,” he said. “I do not support or condone the restrictions. I’m going to continue to fight for a regional approach that actually reflects reality.”

These rural folks still don't get it. Putting additional restrictions on high-Covid urban areas causes city folk to seek services in rural areas. This brings Covid into areas ill-equipped with hospitals able to deal with it.

So you have two choices. Either you accept additional restrictions everywhere or you enforce travel restrictions between urban and rural areas. Either way, beating Covid means accepting personal inconvenience for the greater good.

And there's the rub, Cap. Personal inconvenience -- for many -- is simply unacceptable.


At some point I was taught that successful societies rally in the face of adversity. People set aside their differences to unite against the common peril. I'm not sure we're capable today of that sort of unity. Is that something that now lurks within the common man or a failure of leadership, perhaps both?

The manner in which the Covid response has been bungled at the federal and provincial levels, current and past, does not fill the heart with hope.

I keep thinking that we're better than this, Mound. And I continue to be disappointed.

Today CKNW radio was advertising flights to Tukey!
The 'this way' floor markers in our stores have all but disappeared and shoppers wander around aimlessly.

Who needs markers, TB, when no one pays attention to them anymore?

.. I note the word / term 'certainty' casually dropped into the missive

Although it may seem 'off topic' - is it ?
It's the term or engine that drives 'POLITICS' these days
Look back to Stephen Harper when he was 'seeding' the various judicial levels while he had a majority government. That was all about 'certainty'. It's what Mitch McConnell wanted from Donald Trump re Supreme & Federal Court appointments.

'Certainty' is what Corporate CEO's wanted late Saint Jim Flaherty to provide them via Stephen Harper. That First Nation Treaties or unceded lands could be snatched with impunity, the pipelines driven through, the tax concessions, vote suppression.. You name it.. but they wanted 'certainty' that could get what they wanted.

Jason a Kenney is all about 'certainty' - less so in regard to 'democracy'
We have a failure in Ontario named Doug Ford, also with a majority government
He certainly sees 'certainty' as useful..
He now takes advantage of 'retroactive law' !!!
'You can't sue me ! I changed the law !'

It's all about denying a principle of existence itself, sal -- uncertainty.

Who is the common man??? The man or woman making 15 dollars an hour? Anyong

The far right in Alberta has been wanting a great hum-dinger of a fight for a long time; it would not matter what it would be......they have finally found it. Anyong

Good question, Anyong. I suspect that there is a significant number of people who believe that fifteen dollars should not be that common.

The far right in Alberta has been wanting a great hum-dinger of a fight for a long time; it would not matter what it would be......they have finally found it. Anyong

Modern conservatism is motivated by grievance, Anyong -- not by ideas.

I suspect that a good number of people believe that fifteen dollars would be too common, Anyong.