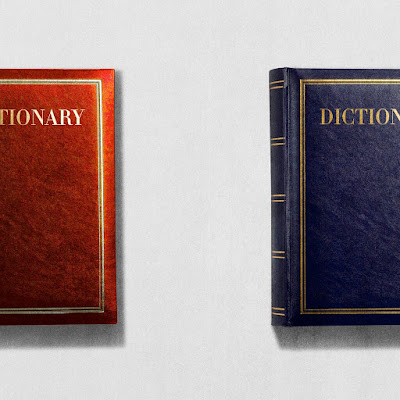 Democrats and Republicans speak two different languages. Michelle Cottle writes that each party has its own dictionary. Consider the different definitions of the following terms:

Bipartisanship. This seems straightforward enough. If both political parties support a proposal, it’s bipartisan, right? Not so fast. There has been much debate of late about which team members count. If a majority of Republican voters and a majority of Democratic voters favor a bill, does that make it bipartisan? Democrats, and especially the Biden White House, say yes. Or is an idea only bipartisan if lawmakers from both parties sign on? Republicans in Congress appear to support this narrower interpretation.

Voting reform. Both parties agree on the need to shore up the integrity of the electoral system. But, for Democrats, voting reform means making ballot access easier and encouraging maximum participation. Republicans want to go in the opposite direction, with measures that risk hitting minority voters especially hard. As a piece in the conservative National Review asked this week, “Why Not Fewer Voters?”

Infrastructure. This may be the hottest linguistic battle now raging, spurred by the sprawling, multitrillion-dollar proposal from the White House. As the president and his people define it, infrastructure includes everything from the “care economy,” community colleges and electric vehicles to job training and investment in domestic manufacturing and scientific research. If you can dream it, Democrats want to count it as infrastructure. (Having fun with this sprawl, the Twitterverse has been offering its definition-expanding thoughts, such as “Firing Fauci is infrastructure” and “Prosecuting Matt Gaetz is infrastructure.”)

Covid-19 relief. During the debate over this year’s $1.9 trillion American Rescue Plan Act, Democrats began with a maximalist definition that included an increase of the federal minimum wage to $15 an hour. This was soon jettisoned.

Republicans — surprise! — took a stricter line, excluding measures such as direct aid to state and local governments. House Republicans tweeted out a pie chart that categorized only 8 percent of the bill as aimed at “crushing” Covid-19 — a figure limited to direct health spending — while 27 percent was labeled “State and Local bailouts.” “Stop calling it a ‘Covid relief’ bill,” the House Republican leader Kevin McCarthy grumped on Twitter.

When people can't even agree on the terms of reference, there can be no progress.

Email ThisBlogThis!Share to TwitterShare to FacebookShare to Pinterest
Labels: When You Don't Speak The Same Language

Let's not forget the media who act as interpreters.

Interpreter, n. One who enables two persons of different languages to understand each other by repeating to each what it would have been to the interpreter’s advantage for the other to have said.
-- Ambrose Bierce, The Devil's Dictionary

Mr. Bierce -- that rural philosopher -- had a profound understanding of humanity, Cap.

America has become a nation of two realities, two languages, seemingly incompatible, contradictory, even irreconcilable. It is a nation now fed and thriving on its differences both real and imagined.

It has taken a while but now we're beginning to hear voices concerned that the pandemic will transform our societies in ways most of us haven't considered. The shock of a post-pandemic world may equal or exceed what we've experienced over the last year only there'll be no vaccine to control it.

You and I, Owen, are becoming the new elderly and yet we've only experienced a postwar world in which the odds were heavily tipped in our favour. The West has experienced a period of abundance and comfort unknown to our ancestors and that will probably not continue for our descendants. How has this unnatural interlude shaped our perspective, our judgment, and our resolve? Is our survival instinct still intact or has it been dulled? Have we become lotus eaters?

I fear that we have, indeed, become lotus-eaters, Mound. We expect an abundance we have not earned -- and we expect someone else will pay for it.

We will need to learn what sustainability means more than ever. Even the undeserving extreme wealthy will need to Lear what that means. Anyong

If we don't learn what that means, we won't survive, Anyong.