The Crazies Have Taken Over 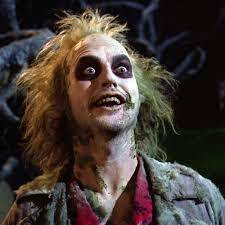 Over the weekend, Republicans changed the place where they were going to meet. The new venue was owned by Donald Trump. And the Republicans paid him to meet on his property. Trump responded by addressing those assembled. In his speech, he attacked former vice president Mike Pence and called Mitch McConnell a “dumb son of a bitch.”

The problem for Republicans is that Trump will not go away. James Downie writes:

Even if Trump doesn’t run in 2024, though, Republicans can’t get rid of him for two other reasons. First, as my colleague Greg Sargent pointed out, one of the party’s biggest causes at the moment — voting restrictions — is inextricably tied to the former president’s lies about the 2020 election. The nationwide campaign to limit voting rights and the resulting fights with various corporations and sports leagues all stem from lawmakers’ acceptance (sometimes tacit, sometimes not) of Trump and his allies’ campaign to undermine the results.

Second, Trump has the money. GOP small donors remain big fans of the president, with the New York Times reporting that Trump has more cash on hand than the Republican National Committee. The RNC donor summit that Trump spoke to was confirmation of his outsized role: Not only was the bulk of the two-day event held at a Palm Beach hotel, less than five miles from Mar-a-Lago, but instead of Trump coming to the donors Saturday night, the RNC bused all the attendees to Trump’s club. One would hardly have been surprised if each bus seat came with a ring to kiss.

Email ThisBlogThis!Share to TwitterShare to FacebookShare to Pinterest
Labels: Why Trump Won't Go Away

It's just a hunch but I think tRump will be mostly forgotten from here on in.
It's not called the United States of Amnesia for nothing.

There are worse monsters waiting in the dark.

The Crazies Have Taken Over

This has been going on for at least a decade or two. It just has not been as noticeable at the federal level. The policies and platforms of various GOP state organisations and governors have been pretty well divorced from realty for a long time. Kansas, essentially bankrupting itself with mad tax cuts and similarly Wisconsin to a slightly lesser degree are great examples.

I think a very toxic mixture of prosperity--gospel "Christianity" and extreme neoliberal crut from some of the crazier right-wing , so--called "think tanks" has left a large part of the Republican support base living in a weird bubble that even Lewis Carrol would have had a problem to describe,

More generally, I think that the majority of USians believe their own myths and fairytales to a dangerous degree. They (both liberals & conservatives in Canadian terms) seem to believe that Joe Biden is a social democrat. They believe that with hard work anyone can become wildly successful despite having close to the least upward social mobility in the OECD, IIRC.

They also believe that the USA is this shining beacon and the 'leader of the free world". I find it fascinating and scary that US foreign policy under thoe last 4 or 5 presients has remained much the same and generally consists of the same failed policies. Party cdanges really make little difference.

Like a slow motion car wreck, it's tough to turn away from hearing about Donald Trump. When the only news really should be about criminal indictments, we're instead treated to a steady diet of the unique way he can profit off stupid people and keep loyalty while throwing his supporters under the bus or coming close to having them killed. Indeed, if he is richer than the RNC, what a massive con not to mention the over 550K dead (and counting) citizens. While this is one for the history books, what comes next should be more worrisome, the next Trump will be a lot smarter and will pull off the coup. BC Waterboy

Is it any wonder that a master of flimflam of Trump's order would refuse to leave the nest he's made for himself in politics? It's the most fun he's ever had and the easiest money that's ever come his way.

The United States has always been fully invested in myths, jrk. Some Americans still believe there is a territory you can flee to when civilization gets oppressive.

I agree, waterboy. Trump is successful but stupid. The next Trump will be successful and smart.

Your insight into Trump's easy money is on target, John. Why give up the schtick when the money's so good?

All those years ago (in school) I learned and studied History (which I loved) and in particular, the Holy Roman Empire. I can't remember how many years this Empire ruled and ruled successfully, but it still came crashing down, Owen.

Now we have the Evangelical Christian Empire of the United States of America, not even 100 years young, and already they are in the throes of crashing unceremoniously into history.
They've expended most of their energy and money in their military and unending wars, to boot.

Seems like these last 4 years under the Trump regime have somehow shown that their claim to be the land of "milk and honey" appears to be just a facade pretending to be a democracy of the highest order.

There was a country song about turn me loose in the middle of Montana . The myth of the mountain man is still strong in the US.

Strangely enough , the mountain men weren't Americans. They were fur traders with Hudson's Bay and the Northwest Company. They didn't hunt for a living, they stayed beside the fire waiting for the freight canoes from Montreal to bring them, wine,tea,flour,sugar,brandy and more. The fur trading companies provided pensions for their factory staff many of whom retired to Eastern Ontario.

A lot of the factors were recruited in the Orkney Islands. Maybe a Rocky Mountain winter held no terror for an Orkneyman.

Turner wasn't too good at history but great at propoganda.

I just watched a video showing a mass mask-burning event in Florida, Owen. It seems like Trump is residing in right state to cultivate the crazies.

The FBI seems to be doing a decent job of rounding up the insurrectionist small fry. But why haven't Trump and his congressional allies been indicted? The evidence against him was carefully laid out at his impeachment trial in the Senate, but he was acquitted by his co-conspirators on the jury.

Trump called Mitch McConnell "a dumb son of a bitch," because McConnell said after the trial that it was now up to others to do their jobs. So why haven't they? What are they waiting for? The evidence is there, hell, it was broadcast to the nation. When the Justice Department won't bring the leaders of the biggest crimes against democracy in modern US history to justice, a repeat of those crimes is guaranteed.

It's just that, Lulymay. The United States is no "shining city on a hill."

Turner at least recognized that the frontier was a myth, rumley. And he noted that, once you hit the Pacific Ocean, you ran out of room.

He's among some of his strongest supporters, Lorne. Florida's governor is one of them.

Until Trump is brought before the courts and held accountable, Cap, there will be no justice.

They failed at their Reichstag Fire on January 6th. What's next, a Night of the Long Knives to purge 'old school' Republicans, the anyone but Trump crowd? Trump threw down the gauntlet with that 'dumb son of a bitch' smear of McConnell but none dared pick it up.

If 'moderate' Republicans want their party back they're going to have to split the Right vote with a fresh, unsullied conservative party or else park their votes with the Biden Democrats.

I see the phrase "Biden Republicans," Mound. I wonder how many there are.

In their grasping for power, the Republicans sold their souls. It will not end well unless of course Trump becomes unwell and departs for where ever dead people go. whom ever takes over could be worse. We don't know, but whomever tries to take over will not have the attraction Trump has with the general public within their party.

This is what happens when you "invite" idiots and drunks to your cocktail party. Then you wonder how the house got trashed. Well it happens if you invite trash and there is a lot of white trash in the Republican Party these day.

Bashing Pence, might not be Trump's best idea. Pence is writing a book. Trump has done a good job of dividing the population of the U.S.A. and that is not going to turn out well.

Although the trial on T.V. clearly leads me to conclude the cop is guilty. But since then a cop shot and killed a young man, two cops knocked an African American army officer to the ground, hand cuffed him, and pepper sprayed him--they said they couldn't see his license plate. white cops hand cuffed an 9 year old girl, African American, put her in the back of the cop car, told her to stop acting like a child, so she told them, she was a child, so they pepper sprayed her also. The Mayor of that city is a Mom. she was not amuzed. One cop has been fired.

I for one do not expect the cop who murdered George Floyd, to be convicted. I remember the Watts riots. I remember the Rodney King trial and riots. What happens next will be a whole lot worse. 29 American states (republican led) are attempting to prohibit protests. Its so Jim Crow and that is what Trump and his ilk have done, turned the Republican Party into the party of Jim Crow.

The Supreme Court of the U.S.A. is not going to be striking down all these Republican laws. they'll most likely permit them to stand on the basis of "state rights". of course we may then see how "open" Canada is when African Americans apply to Canada for political refugee status.

They're in a bad way down there, e.a.f. -- and I expect we will see American refugees.