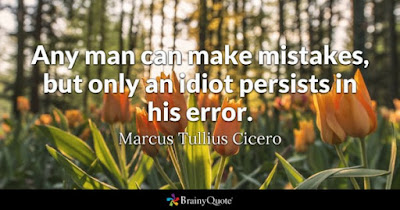 I have written previously that the collective I.Q. of the Republican Party is a negative number. That conclusion seems to be bolstered by recent polling. Giovanni Russonello writes in The New York Times:

More than two in five Republicans said they would avoid getting vaccinated if possible, suggesting that President Biden has not succeeded in his effort to depoliticize the vaccines — and leaving open the question of whether the country will be able to achieve herd immunity without a stronger push from Republican leaders to bring their voters on board.

The results of the Monmouth poll lined up with those of a separate survey by Quinnipiac University, also released on Wednesday, that found 45 percent of Republicans saying they did not plan to get vaccinated.

Americans don’t have as much faith in one another: Just 43 percent said the general public had done a good job dealing with the outbreak. Democrats in particular were disappointed in their fellow citizens, with just one in three saying the public had handled it well.

And while hardly any Democrats — just 12 percent — said they would feel safe attending large events like professional sports games or concerts, two-thirds of Republicans said they would.

Republicans used to pride themselves on being the Party of National Security. How times have changed. They are now the Party of Collective Stupidity.

"There's an old saying in Tennessee—I know it's in Texas, probably in Tennessee—that says, 'Fool me once, shame on... shame on you. Fool me—you can't get fooled again.
George W. Bush

The "pro-life" party is strangely averse to prolonging the life. Putting your own voters through the wood-chipper is no way to win future elections.

You would think that observation would be axiomatic, Cap. But that word is Greek to Republicans.

I know otherwise outwardly sane people who have subscribed to the proposition that all of the vaccines are genetically-engineered poisons that are going to start sickening and killing us off at some point in the future in accordance with a scheme to reduce world population devised by Bill Gates and his coffee klatch. They're serious and sure of it. When I express doubts, I'm told that I haven't done the necessary personal "research". While my skills as a "researcher" are limited, I'm beginning to wonder what passes as "research" in today's informed world. Inquiring minds want to know.

Nathaniel Hawthorne wrote long ago that it was possible to "learn much amiss," John. Learning is not necessarily beneficial. History is full of lessons misapplied.