Seeing Through The Code 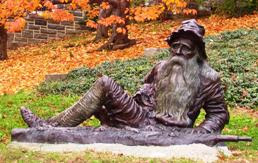 For decades, Republicans talked in code. Welfare meant help to people of colour. Opposition to communism really stood for help to the military-industrial complex. Then they elected Donald Trump, who threw out the code and exposed the Republican agenda in all its ugliness. Now that Joe Biden is president, they've returned to talking in code. Consider their rejection of Biden's infrastructure bill. Paul  Krugman writes:

Their real motives aren’t a mystery. They want Biden to fail, just as they wanted President Barack Obama to fail, and will once again offer scorched-earth opposition to anything a Democratic president proposes. And they’re especially opposed to public programs that might prove popular, and thereby help legitimize activist government in voters’ minds.

But laying out those true motives wouldn’t play well with the electorate, so they’ve been looking for alternative attack lines. And in the past few days many Republicans seem to have settled on the claim that most of the proposed spending isn’t really infrastructure.

Being who they are, they can’t help going to ludicrous extremes, and their claims that only a few percent of the proposal is “real” infrastructure are easily debunked. The only way to get anywhere close to their numbers is to declare, bizarrely, that only pouring concrete for transportation counts, which means excluding spending on such essentials for a modern economy as clean water, reliable electricity, access to broadband and more.

The meaning of infrastructure has changed. It means much more than concrete -- and it includes several intangible things:

What you need to know is that the case for these intangible investments is every bit as strong as the case for repairing decaying roads and collapsing bridges. Indeed, if anything it’s even stronger.

Businesses, then, believe that they can achieve real results by investing in technology — a view ratified by the stock market, which now puts a high value on companies with relatively few tangible assets. Can the government do the same thing? Yes, it can. In fact, the Obama administration did.

Investment in technology, especially in renewable energy, was only a small fraction of the Obama stimulus, but it’s the piece that got the worst rap. Remember how Republicans harped endlessly on how loan guarantees for the solar-power company Solyndra went bad?

And the Obama investment in green technology produced many successes. You’ve probably heard about Solyndra; have you heard about the crucial role played by a $465 million loan to a company named Tesla?

More broadly, the years since 2009 have been marked by spectacular progress in renewable energy, with solar and wind power in many cases now cheaper than electricity from fossil fuels. There are still people who seem to imagine that green energy is flaky hippie stuff, but the reality is that it’s the wave of the future.

What about spending on people, which accounts for hundreds of billions and will reportedly be the main focus of an additional proposal? There’s overwhelming evidence that this is a good idea.

The truth is that it’s hard to assess the payoff to spending on physical infrastructure, because we don’t get to observe the counterfactual — what would have happened if we didn’t build that bridge or road. We’ll only get really solid evidence on the value of physical investment if, as seems all too possible, some key pieces of our infrastructure collapse.

By contrast, we know a lot about the effects of investing in people, because some of our most important family-oriented programs, like food stamps, were rolled out gradually across America. This lets researchers compare the life trajectories of Americans who received early aid as children with those of otherwise similar Americans who didn’t.

The results are clear. Children who received early aid did better than those who didn’t by every measure: education, health, earnings. The social return on aid to families, especially children, turns out to be huge.

In the 1950s -- under Dwight Eisenhower -- Republicans built the Interstate Highway System. Then they fell asleep. Like Rip Van Winkle, they have awakened to find the world changed. But, unlike the Great Snorer, they refuse to recognize the changes. That's why they talk in code.

Email ThisBlogThis!Share to TwitterShare to FacebookShare to Pinterest
Labels: Republican Opposition To Infrastructure

You start out in 1954 by saying, "Ni**er, ni**er, ni**er." By 1968 you can't say "ni**er" - that hurts you, backfires. So you say stuff like, uh, forced bussing, states' rights, and all that stuff, and you're getting so abstract. Now, you're talking about cutting taxes, and all these things you're talking about are totally economic things and a byproduct of them is, blacks get hurt worse than whites.-- GOP strategist Lee Atwater

In my lifetime, this is how Republicans have always operated, it's who they are. They have always appealed to white racists and misogynists. GHW Bush ran the Willie Horton ad, and when Romney talked about the 47% who pay no tax he wasn't taking about Fortune 500 companies. Trump amped up the racism and won an electoral college victory, but as Atwater said, that ultimately backfires. It turns Democrats out in droves to defeat you.

Shifting demographics have forced the GOP to rely on gerrymandering and minority vote suppression. Their policies are deeply unpopular, even among Republican voters, a majority of whom approve of taxing the rich to fund infrastructure spending. Racism and lies are all the party's got, and if it weren't for the right-wing media propaganda system they'd be toast.

I agree, Cap. Atwater's strategy will no longer win elections. So they're trying to change the rules.

.. It's all good .. go back to sleep.. Canadian 'conservatives' will bring (import) every single American Election vote suppression tactic and we can can all rest easy knowing they in charge.. Growing the Economy, Nation Building, Building Confidence, Stimulation of the Nation.. Reconciliation.. Blah blah .. Erin go Toole .. Who followed Andrew Scheer who saved us from Michel Bernier who almost but not quite saved us from Stephen Harper & his cabin boys in the PMO .. Whew ! A whole lotta 'saving' goin on !!

Conservatives have momentous problems recognizing change, sal. They think that, if they close their eyes, it will go away.