When Things Get Tough 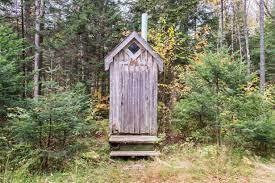 Doug Ford is about to issue a stay-at-home order. Bruce Arthur writes:

But now here we are. The province’s magical thinking, its hunger for short-term economic gains, its hostility to science, and a profound lack of leadership have led us here. It could get as ugly as almost anything Ontario has seen in the pandemic.

"I mean, the thing that strikes me most is that people have been predicting this since January,” says Dr. Ashleigh Tuite, epidemiologist at the University of Toronto, who has contributed to several science table briefs. “The fact that it’s not like this snuck up on us. To me, that’s the strange part. It’s not like this came out of nowhere. It was quite predictable. I always say this about modelling: it’s not necessarily quantitatively right on, but the broad contours were there, and they were there since January.

“And as soon as we identified the B.1.1.7 variants, as soon as we saw that they had increased, projecting what would happen was predictable. You didn’t have to be a sophisticated mathematical modeller to make those conclusions. You could just draw a straight line — not a straight line, an exponentially increasing line.

We're in a really nasty place:

I hope the province is panicking because it might understand the worst is coming to pass. They can shift the vaccination plan to focus more on hot spots, which might mean mobile units at outbreak sites, might mean lowering the age limit in harder-hit postal codes, might mean pouring water on the hottest fires. That would be good.

But right now it’s clear there is no plan. There is just salvage.

Ford is a salesman. But he's no manager. A retired friend of mine comes from Cape Breton. He tells me there is a phrase there that describes Ford: "He can't manage a line to a two-hole outhouse."

This is when things get tough.

Let's face it: Ford is amateur hour personified. Just as the current sorry Covid state in Ontario was predictable in January when you have a clue and are trained in these matters, then just as predictable has been Ford's continuing stupid self-confidence in his own ability to run epidemic things as if he were a genius since last June. On again off again half-measure restictions; people running round in circles due to unclear instructions. His chief provincial medical officer of health should hang his head in shame as well, for not banging Ford's head against the wall and telling him straight out to smarten up and leave the hard work to the professionals. The same charge of timidity and thus failure could be levelled at the CMOH of Alberta, and the totally stupid and ideological kenney who won't listen to expert advice and unctuously gets everything wrong as if on purpose. Ford and kenney are tyrants. Who knows who or what in hell runs Saskatchewan -- they're completely bonkers. Palister seems half awake, but the only Con premier with a clue is Higgs in New Brunswick, plus the mayor of PEI.

When Ontario regional public medical health officials have to do what Ford cannot see necessary, and in effect tell him he's a bozo, that's total failure, both political and personal, on his part. The "underlings" have mutinied and Captain Douglas Bligh Ford has been overruled. Time to give him a rowboat and like-minded crewmembers, and tell them -- the USA is that way.

We know what works to contain Covid and what doesn't. What works is called Zero Covid: shut down all non-essential services, restrict travel, and quarantine travellers until new cases are at or near zero (single digits). You then track and trace, and shut down hard when outbreaks happen. What doesn't work is anything else, including Ford's half-measures.

We've known this since last summer. The evidence for Zero Covid was overwhelming from Asian countries, Australia and New Zealand. But the best evidence came from right here in Canada. Here are the results as of the end of March 2021:

Instead of following the science, Ford and his hapless sidekick Dr. Williams needlessly chose to kill thousands of people, including my parents. And they STILL haven't got the message! They still haven't mandated paid sick leave. They still cheap out on variant testing. They still haven't restricted inter-regional travel or strictly monitored travellers from outside. They're still hesitant to shut down workplaces with outbreaks.

This is criminal negligence on a massive scale. If there were any justice, there would be manslaughter charges.

When it comes to Ford, Owen, "incompetence writ large" doesn't seem to do justice to the debacle.

Having lost your parents to this scourge, your anger is understandable, Cap. But those of us who haven't lost loves ones should share your anger.

I was initially impressed with Ford's response, Lorne. I have since been sorely disappointed.

I could go through all the difficulties I've had trying to get information from offices in the system, but I won't bother. It would take too long. It's not just Ford; subordinates don't know what questions to put to their superiors. It's systemic. When I call Public Health Services, they tell me how confused they are and I end up educating them on what I've found out in communications with other agencies. A one-man rush to a three-hole shitter is too complimentary. These guys couldn't organize a dogfight.

It's frustrating, John, because we know what we have to do. Despite that, we can't get it done.

.. I'm known to be active via Twitter .. actually - aside from great Indy Blogs - such as yours or Climenhaga, Mound, Lorne (the usual suspects) it's where I gain most of my news or food for thought.. Even comment..

I got needle #1 due to quick response of Boss.. she got hers & her family the same way. Mine was at Michael Garron Hospital .. Very grateful yet I offered my shot to others.. as we both been very very careful since early spring last year. We both have a lot at stake.. aside from our personal n private stuff / lives .. Society matters to us - no short cuts - no excuses

I myself watch the bizzaro oscillations of Doug Ford, Kenney, Horgan et al as if it's Hogan's Heroes minus any heroes. Boss less generous.. Best she don't go on the warpath.. it would be frightening .. I myself am pitiless.. so imagine her cutting loose ! I think & think a lot of Canadians feel the same as me .. smoldering .. watch out for those like Boss though that will come like a blowtorch, gloved, full tank acetylene.. goggles on.. Holy hell I fear them. !!

There's anger brewing across the country, sal. I have no idea what will happen when the fire breaks loose.

Well, here in Alberta today, people are soooo happy. The more people vacccinated, the more who will be able to drive within and without and spend money on gas which has now gone up to $1.21 even though there has been a decrease in oil a barrel in this part of Alberta. The thing is, not a million people have been vaccinated in this province. So it is not difficult to see where the mind set is. We are locking down again with the same old,, same old again this Friday. Kennedy could not find his way to an outhouse if the way was lit up with red lights. Anyong

As Churchill told us, Anyong, sometimes it's not enough to do our best. We have to do what is required.

So is Justin Trudeau, between the two of them this province has been screwed. Why could we have had John Horgan as Premier, BC is so lucky. If Tom Mulcair had beaten Trudeau, we would have gotten the vaccines in a timely manner, with stealing from poor countries. Part of the responsibility is on voters, we need to make better choices at the ballot boxes.

The old saw remains true, Gyor: We get the government we deserve.