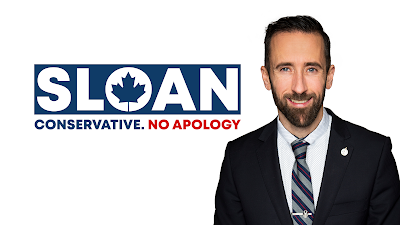 Every election has its share of looney candidates. One such candidate is Cheryl Gallant for the Conservatives. Robin Sears writes:

Conservative candidate Cheryl Gallant, is back. This year she launched a hilariously wacko set of YouTube videos insinuating that the Liberals plan a “climate lockdown.” (What does that even mean? Perhaps that Trudeau will lockdown climate deniers so that they can spread no more dangerous misinformation to Canadians?) The candidate has not been seen recently — she and her videos have apparently been quietly locked in a closet by the party managers, probably until Sept. 21.

The Liberals have a house flipper running in Vancouver. Sears writes that handling the loonies presents a problem:

The only voting issue that matters is how party leaders handle the mess. Try to brazen your way out of it, or attempt to diminish the alleged sin — as Justin Trudeau has tried to do in the case of the Vancouver house flipper or the Ontario candidate who is facing allegations — and you damage your credibility as a leader, and that of your party. Be too fast to smack down a one-time offender — especially if they are already known as an internal opponent — and you look arbitrary and brutal, as Stephen Harper often did.

Some of these candidates -- like Gallant -- keep winning. Others, like Derek Sloan -- who used to be the sitting Conservative MP in the riding next to ours -- are resurrected. Sloan's ignorance doomed his bid for the leadership of his party and his re-election. He's now running for the Conservatives in Alberta.

The latest poll suggests that this race is a statistical tie. In a contest like this one, the crazies could make the difference.

" running for the Conservatives in Alberta"

Regardless of the label he is displaying, Sloan is running as an independent in Banff-Airdrie. (home of my non-Con sister)

Oh and he has lots of loony competition there:

"Aside from the Conservative Party, Sloan will also face competitors in Banff-Airdrie that may share similar perspectives. The Maverick Party plans to run Tariq Elnaga in the district, while the People's Party of Canada will run Nadine Wellwood."

Of course there is an incumbent looney running also: four-term Conservative MP Blake Richards. (That a whole party of loonies is in contention for government at this late hour, reveals a lot of uncomfortable facts about Canada and our recent failed 'boy-king democracy'.)

Also very sad is that the best case scenario in Banff-Aidrie is for the loonies split the vote equitably amongst themselves allowing a greenwashing Lib or Dipper to squeak in.

I appreciate the clarification, PoV. It seems that, in Alberta, conservatives come in several flavours.

Any shade of Jim-Jones Kool-Aid our little hearts desire!

A sad state of affairs, PoV.

Do we have any Rhino Party candidates in my constituency? I'm getting desperate for a choice other than "non of the above".