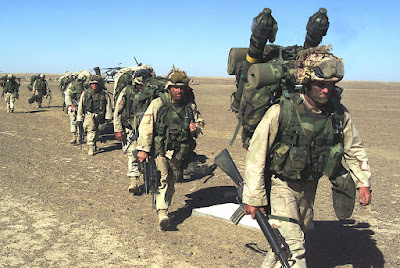 Andrew Nikiforuk writes that there are seven lessons that the American withdrawal from Afghanistan should teach us. Here are three of them:

1. Interventionistas by definition do harm.

The straight-talking philosopher and risk expert Nassim Nicholas Taleb lays out the disastrous hubris of interventionista thinking in his excellent book Skin in the Game. Interventionistas, he says, not only lack practical sense, but they never learn from history. They also fail at pure reasoning and cannot imagine complex interactions let alone consequences. (Author Wendell Berry called such unaccountable people “itinerant professional vandals.”) These vandals tend to symbolize the adage that experience is making the same mistake over and over again but with greater confidence.

Tellingly, the downside of intervention (ruined economies, waves of refugees, degraded environments, failed states, drug cartels, violent warlords, extremist beliefs, relentless poverty and the persecution of women) is never experienced by the paid advocates of intervention, notes Taleb. “He continues his practice from the comfort of his thermally regulated suburban house with a two car garage, a dog and a small playground with pesticide-free grass for his overprotected 2.2 children.”

2. History is a graveyard.

Landlocked Afghanistan occupies an ancient crossroad that beckons pioneering empires. They soon discover that its unforgiving geography of mountains and deserts is no playground. As a consequence of its tribal and geographical complexity, the place has stumped one empire after another for thousands of years.

In the ninth century the Arab Empire burst forth and set its sights on Afghanistan. It spent nearly 200 years trying to conquer the place. Its first army of 20,000 returned as a skeletal force of 5,000.

After the British follies came the Soviet Empire. The Soviets invaded in 1979 believing they could impose a communist regime on a tribal people because they were worried about growing U.S. influence in the region. The invasion soon turned into barbarism as the Soviets mined the landscape and retreated to isolated fortresses. Their limping army exited in 1989 leaving in its ruinous wake a civil war that spawned the Taliban. Two years later the Soviet Empire, largely due to an energy crisis, collapsed in 1991.

3. Theft of imperial proportions fills pockets of the powerful few.

By any measure the “forever war” in Afghanistan represented a massive transfer of wealth from public taxpayers to U.S. military contractors. (Only an empire that has lost its moral compass could tolerate such a squandering of resources.)

“The more the Afghans needed contractors, the more these contractors would earn. Thus they had a vested interest in keeping the Afghans helpless,” noted Saqib Qureshi, a visiting fellow at the London School of Economics.

“Rather than build an Afghanistan that would prosper on its own, becoming ever more self-sufficient, the entire American war enterprise seems to have been an exercise in manufactured dependency.”

The other four reasons are equally instructive. Unfortunately, we never learn any of them.

Email ThisBlogThis!Share to TwitterShare to FacebookShare to Pinterest
Labels: Lessons From Afghanistan

A bit like Groundhog Day but even Bill Murray eventually gets it.

It would appear, PoV, that a lot of people aren't as smart as Bill Murray.

Interventions may actually work sometimes---give me a while.

The US seems to go in with no idea of the politics or culture, refuses to learn, and seems to think they will be greeted with open arm. It seldom works that way.

Dick Cheney claimed that the Iraqis would greet his countrymen with bougets of flowers, jrk. Instead, they were greeted with IEDs.