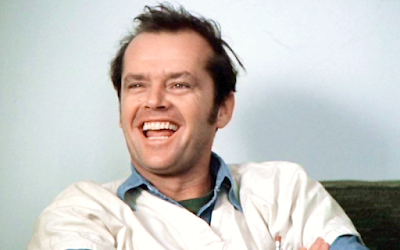 The Conservative Party desperately wants to form the Government of Canada. But, Michael Harris writes, it will never achieve its objective as long as it pretends to be an American knock-off:

The Conservative Party of Canada has never really been a new party that came together in a merger. It has always been a dysfunctional hybrid in which the hard right of its Western roots conducted a hostile takeover of the Progressive Conservatives. Peter MacKay’s lingering legacy.

Stephen Harper’s success was more the product of dreadful Liberal scandals and hapless, opportunistic leadership changes, than it was of his skills as a unifier.

Nothing has changed. Pierre Poilievre’s candidacy is an extension of the brand of conservatism currently on display in the United States—a fact-denying populism that has room for every conspiracy theory and grievance, where every authority and institution is painted as the enemy, and guys pissing in the Capitol and wearing Viking horns are lionized—until they’re sent to jail.

The Conservatives have a chance to remake their party:

The entry into the leadership race of progressive candidates like Jean Charest and Patrick Brown gives the Conservatives a chance to rethink the Poilievre camp’s dubious claim that the reason the party has lost three straight federal elections is that it was not Conservative enough. That’s what they said when Harper was defeated. It was not policies like the Barbaric Practices Act, it was how they were rolled out. It was a comms problem.

But they still don't understand that their problem isn't a communications problem. The problem is who they are. This leadership race is all about who they are:

The big story of this leadership race so far is the hardening divide between the two main camps vying for the top job. A source who was there recently told me that two prominent Conservative strategists almost came to blows at the Royal Ottawa Golf Club over the leadership race. A mere anecdote to be sure, but it shows the way this thing is headed, no matter who wins.

If Poilievre prevails, one branch of the CPC will be filled with embittered David Orchards, progressives who will not be able to stomach the party’s stubborn refusal to become more centrist. If Charest or Brown comes out on top, hard-core Harperites will feel betrayed, and may have no way to voice their displeasure but by rallying behind Maxime Bernier and the People’s Party. Under either outcome, the primary purpose of leadership conventions will be scuppered; unifying the party around a single person who can make its collective case to the country.

Events in the United States could have a big impact on Canada’s Conservative leadership race. That country is racing toward a political nervous breakdown. The party that stands four-square behind Donald Trump’s Big Lie that the 2020 election was stolen by corrupt Democrats is paradoxically looking like a big winner in the November mid-terms. Joe Biden looks like a dead man walking every time gas prices go up.

The cause of the nervous breakdown? The surge in Republican fortunes is happening at precisely the same time as the Jan. 6 committee hearings of Congress are documenting a broad, coordinated effort by the Trump White House to retain power, although he soundly lost the 2020 election and knew it. As one judge put it, the proof of the steal put forward by Trump stooges like Rudy Giuliani and John Easton was “a coup in search of a legal theory.”

Will the Conservatives have a nervous breakdown? Stay tuned.

Conservatives are deciding whether they want to be conservatives or fascists. Conservatives want to conserve the established order, to "stand athwart history yelling stop." Charest and Brown are the leading conservative candidates.

Fascists, OTOH, are radicals who want to break things and hurt people. Violence, lying and cruelty are their calling cards and Poilievre is their champion. We'll soon see which faction prevails, but my sense is that Canadian voters aren't ready for fascism.

Completely off topic but apparently Christa Freeland's new budget gives the Canadian Gov't the right to "to seize and sell off assets owned by individuals and entities on Canada's sanctions list. Canada can now seize, sell off Russian assets..

Besides the blatant immorality of stealing the property of the citizens of another country with whom we are not at war and, in fact, with whom we maintain diplomatic relations, this move is not likely to reassure foreign citizens and Canadian citizens with dual nationalities. I can see a lot of people asking themselves, "Who's next?. And the deciding that it might be a go idea to shift capital out of Canada. On a more cynical note, you may be able to pick up a nice condo in Vancouver cheaply, soon.

I thought the USA was a kleptocracy internationally; I am rather horrified that we are becoming one too.

BTY, does anyone else remember the Japanese Canadians in WWII?

The wealthy have always been popular targets, jrk.

Precisely, Lorne. They are the ugly underbelly of Canada.

.. a quick aside.. plus thanks re the Michael Harris post !
The aside is don’t miss the Canadian Dimension post today re Yellowstone
h/t to Canadian Dimension - Mound prob spotted this shocking article by Phil Knight early on
but it just blindsided me this aft. I mention this too as Sunshine Village on The Great Divide
Banff National Park is opening for a truly rare partial summer season
due to an amazingly heavy lingering snow pack & ‘odd weather’ .. hmm.. 🦎

Thanks for the link, sal. And Mr. Trump calls it a Chinese hoax.

@ Owen Grey
The wealthy have always been popular targets, jrk.

Only if you can generate enough hate towards a specific national, ethnic, or religious group or perhaps "maple leaf fans" WHO CLEARLY .... well anyway. There are a lot of strange names on the US sanctions list of people who do not appear wealthy, they just once shock hands with Putin. /slightly sarcastic, but look at the attack on Jill Stein in the USA because Putin once sat at her table for a few minutes at some international do.

One of the problems with individuals on the US sanctions list is that it seems to have been assembled by scanning the Kremlin telephone directory (unfortunately, I am not joking) and reading the headlines and gossip columns of reliable journal such as the UK's Daily Mail, the Moscow Times, the Toronto Sun and Le Journal de Montréal---well this is supposition but it seems likely). I am not sure how the Canadian list is assembled but I have little confidence that it was better researched.

If you want to drum up hate, jrk, the best way to do it is to start a war.