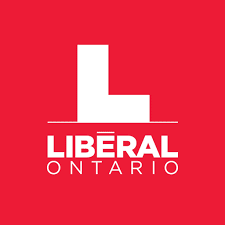 For the second consecutive election, the Ontario Liberal Party has failed to achieve official party status. Is the party slouching toward extinction? Susan Delacourt writes:

Is there anything about the federal Liberals’ near-death experience of more than a decade ago that gives clues to where the Ontario Grits should go today? Beyond finding themselves their own version of Justin Trudeau?

The two Liberal downfalls are not strictly parallel. In fact, one could say the Ontario Grits are in far bigger trouble than their federal cousins were in 2011.

It took one third-place showing in 2011 to shock the federal Liberals into survival mode, while Ontario Liberals will have spent eight years in that wilderness by the time the next provincial election rolls around.

Still, some Liberals in Ottawa were wondering last week whether this latest election would be the “2011 moment” for the provincial party.

By that, they mean a fork in the road: a moment when it’s time to consider everything from radical renewal to merger with the New Democrats — and of course, letting the party just wither away.

Some are suggesting a merger between the Liberals and the NDP. That's not likely:

First of all, it would rest on both parties coming from relatively similar positions of strength. While the provincial New Democrats and Liberals got roughly the same proportion of the popular vote last week — just under 24 per cent — they emerged with vastly different numbers of seats: 31 for the NDP and just eight for the Liberals.

As some New Democrats have suggested, if Liberals are thinking of a merger, all they need to do is buy memberships in the NDP.

Moreover, Doug Ford’s victory was built in part by attracting “blue Liberals,” who have more in common with his Progressive Conservatives than with the NDP. If the Liberal brand is tied to the middle of the road in politics, one could argue that Ford, not the leaderless NDP, is closest to the centre in Ontario right now.

The future of the Liberal Party has everything to do with its ground game:

Trudeau’s post-2011 rebuild of the federal Liberals focused a lot on the nuts and bolts of organization: bringing the party into the 21st century in terms of data and digital campaign techniques, and shaking the old structure out of its decades-old complacency.

The 2015 success was built on all that organizational overhaul — something the provincial party would presumably be looking into in the wake of last Thursday’s results.

But, Delacourt writes, luck has a lot to do with political success. The Ontario Liberals could use a lot of both -- organization and luck.

Email ThisBlogThis!Share to TwitterShare to FacebookShare to Pinterest
Labels: The Future For Ontario Liberals

When you factor in the voter turn out of 35%, the first passed the post minority wins a majority looks really grim. Choice, or lack of it has always been the contributing factor to this clown show we seem to have gotten ourselves into in this province. We will have no one to blame but ourselves when "Humpty Dumpty" comes out and shows his true contempt for the working poor as they extend their hand for relief. There will be no quarter given.

Like you, zoombats, I don't think it will be long until all kinds of Ontarians will experience buyer's remorse.