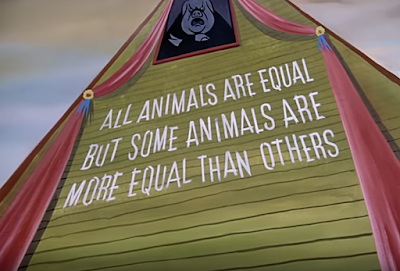 The United States Supreme Court has overturned Roe v. Wade. The decision is an earthquake to the American legal system. Ruth Marcus writes:

The Supreme Court’s decision to eliminate the constitutional right to abortion is an unfolding tragedy for American women and an indelible stain on the court itself. The harm to women is immense but can be ameliorated with efforts in the public and private spheres to safeguard access to abortion. The damage to the court cannot be undone.

This radical conservative majority — unheeding in this case even of the conservative chief justice — has proven itself unmoored from the rule of law, and therefore unworthy of the public esteem that can be its only source of enduring authority.

With the vote of five justices to overrule Roe v. Wade and Planned Parenthood of Southeastern Pennsylvania v. Casey, American women have lost a right that was guaranteed them for a half-century, an unprecedented elimination of an individual freedom.

The three dissenting justices laid out what lies ahead:

“Whatever the exact scope of the coming laws, one result of today’s decision is certain: the curtailment of women’s rights, and of their status as free and equal citizens,” they wrote. “Yesterday, the Constitution guaranteed that a woman confronted with an unplanned pregnancy could (within reasonable limits) make her own decision about whether to bear a child, with all the life-transforming consequences that act involves. … But no longer. As of today, this Court holds, a State can always force a woman to give birth, prohibiting even the earliest abortions.”

With its decision yesterday, the Court established a new precedent. it's the same precedent that was at the heart of George Orwell's Animal Farm:  All Animals are equal, but some animals are more equal than others.

That is what great religion does for those without a forward thinking bone in their body. Why don’t those people go back to wearing loin cloth and live in a cave? Oh yes I forgot ! They tolerate a certain amount of science when it comes to their own comfort. Anyong

I was reading this morning on the NYT that Susan Collins, the Republican Senator who always wants it both ways, says she was cruelly deceived by Kavanaugh during his confirmation hearings. What she is trying to avoid, of course, is the fact that she and her ilk facilitated the dismantling of American abortion rights. With her sorry voting record, it amazes me that Maine always re-elects her.

Collins is a fool, Lorne. In fact, there are a plethora of elected officials these days who are fools.

This is an aside Owen….reading disaffected lib’s blog on Tesla….South Korea has been making electric cars for a long time. If I remember correctly, they also have batteries with 375 kilos per refil.I have to check with my friend…she has a hyebrid and mostly uses electric. I also learned while there in 2019-20, gas cars can be converted to electric. I checked here in Alberta and gas vehicles can be converted for around $18,000. I don’t want to use Goggle to make a comment on disaffected system….sorry Anyong

The future is with electric vehicles, Anyong. But I'm not sure Elon Musk has the answers.