Not That Far Away 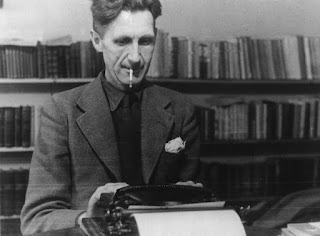 Glen Pearson writes that the United States appears to be headed for another civil war:

American political analyst Michael Podhorzer laid out a frightening scenario last week in a newsletter penned for activists.  He suggests that the time might have arrived when the United States is not one country but two nations that happen to share the same geography.

“When we think about the United States, we make the essential error of imagining it as a single nation, a marbled mix of Red and Blue people.  But in truth, we have never been one nation. We are more like a federated republic of two nations: Blue nation and Red nation.  This is not a metaphor; it is a geographic and historical reality.”

It’s also a bold and sobering assessment of the causes of the increasing crises piled on top of the others for our neighbours to the south.  It’s almost as if time has moved developments faster than we can make sense of them.  In just one week, the world watched as the January 6 congressional hearings competed for prominence with the Supreme Court’s validation of the rights of citizens to bear arms in public and its radical reversal of Roe vs. Wade. These weren’t merely fascinating theatre but full-scale five-alarm fires representing attacks on democracy itself.

The recent Supreme Court decision has split the country in two and will result in a new underground railroad, where women seeking abortions will be smuggled into pro-abortion states from anti-abortion states. And, unfortunately, the United States is not the only country headed for mass civil unrest:

What makes such developments so vital is that they are not unique to America – representative democracy seems in trouble everywhere.  Solitudes are rapidly growing in Britain, France, Germany, and struggling democracies in the Middle East, Asia and Africa.  On display are self-assured entities that show no willingness to compromise or pull back.  America is the point of the spear in what is turning out to be a revolution of democracy at war with itself.

Canadians cannot afford to be smug about all of this:

Earlier this year, political scientist Thomas Homer-Dixon provided a dire warning in the Globe and Mail: “By 2025, American democracy could collapse, causing extreme domestic political instability, including widespread civil violence.  By 2030, if not sooner,” he adds, “the country could be governed by a right-wing dictatorship.”  Then directing his thoughts to Canada, he adds:  “A terrible storm is coming from the south, and Canada is woefully unprepared.”

There is a growing sense that such observations are now more valid than ever.  While much in the Canadian political context remains relatively stable, sectors are emerging that could harden in the coming year, making political compromise impossible.  Some will find this too extreme to mention. Still, after the release of his article, Homer-Dixon noted that, in 2014, Canadians would have thought the chances of Donald Trump winning the presidency would have been nil.  Now he has become a never-ending political story.

George Orwell was prescient about what could happen to democracies:

In his In Front of Your Nose, published in 1946, George Orwell of 1984 fame somehow intuited the divisive dangers we face today.  His insights resemble the world we now see unfolding and which Canadians must resist at all costs.

“The point is that we are all capable of believing things which we know to be untrue, and then when we are finally proved wrong, impudently twisting the facts so as to show that we were right.  Intellectually, it is possible to carry on this process for an indefinite time: the only check on it is that sooner or later a false belief bumps up against solid reality, usually on a battlefield.”

We are not that far away from the world Orwell imagined.

Governments are, and have been for quite a while now, facing huge issues but have been kicking the can down the road. These issues include climate change, income inequality which is morphing into poverty for many, health care, food shortages, wars, and so on. There are no solutions on the horizon. People feel trapped and are looking for alternatives.

And they're getting angrier with each passing day, Gordie.

Sooner or later, the false belief that the status quo can continue bumps up against the reality of planetary warming. War will be the inevitable result; with humans it always is. I fear a world war is the only way out of our overpopulation, overproduction and overconsumption crisis.

Gordie is right. The so called progressive Left has spent the last 40 years or so doing its best to not offend anyone. The Left entertains itself with continuous squabbling over political correctness, woke themes and tearing down statues, meanwhile failing to address the major threats to all of us. The only bright spark was the collective action against Covid-19; however, such community spirit has pretty much dissipated because we don't want to offend anyone.

The field is wide open for the angry Right to storm the Bastille and bring out the Guillotine.

We are our own worst enemies, Cap. Rarely do we act in time to avoid disaster.

As John Stuart Mill said, Toby, “The only thing necessary for the triumph of evil is for good men to do nothing.” The truth of that statement echoes throughout human history.

Thomas Homer-Dixon . . . ,"A terrible storm is coming from the south, and Canada is woefully unprepared.”

I've been pushing that theme for 50 years; friends just think I'm eccentric. Canadians have swallowed the myths that "It can't happen here." and that "Americans are our best friends." Utter nonsense. We have a porous border and no ability to defend it, even against an angry mob.

It gets worse: we can't feed ourselves. Canada's farm policy is more about Free Trade than feeding Canadians.

Civil war? perhaps not.
There is however every chance of the USA becoming another , bigger, Northern Ireland with waring factions in the cities.

There was a time Canadians believed that it was wise to keep a respectful distance from our neighbors, Toby. Those days are gone.

Whatever happens, TB, there are a lot of guns floating around in that country.

All of the above is Canada’s would be trouble. Many Americans did not know Canada existed except for Newfoundland until P. Trudeau became PM. That gave rise for Americans to call him “a darn commie”. Yes, don’t think the Americans for one minute would think twice on tramping all over Canada because they will not. Anyong

That's because they believe in "Manifest Destiny," Anyong.


We are witnessing things today that were beyond our imagination just 20, even 10, years ago.

For many years the British MoD and the Pentagon were predicting the 21st would be a century of chaos. They warned that climate change, in its numerous permutations, would give rise to upheaval - economic, military, political and social.

Even where democracy ought to be secure, including Canada, we are watching as the unwritten norms and conventions that bind societies and nations together are being flouted. Poilievre is a worrisome example. Conservatives have renounced conservatism.

In the United States we see its Supreme Court on a rampage. Long before the retreat from Roe v. Wade and the undoing of New York's concealed carry gun control it attacked affirmative action, voters rights and endowed corporations with political rights. Small wonder that Americans' confidence in their Supreme Court now hovers in the low 20s.

What goes unmentioned is where we're headed by 2030, 2040 or 2050. More knowledgeable individuals are openly warning of some great civilizational collapse, "sooner rather than later."

My wife and I have been following the hearings in Washington, Mound. The insanity that they have laid bare leads me to believe that collapse is not far off.