A Hot And Dark Future 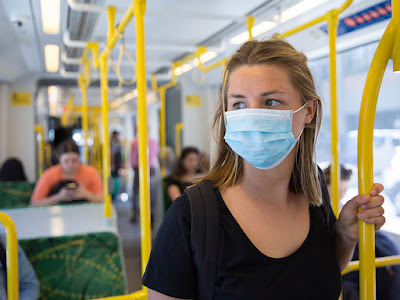 After two years of the pandemic, Canada might well be diagnosed as a case of political long COVID: We know what hit us, but we can’t seem to muster the energy to do anything about it.

Public health has disintegrated into “personal responsibility,” though public health officials continue to be paid good salaries. Doctors, nurses and other health-care workers are catching COVID-19 or just quitting, leaving hospitals and clinics understaffed. Some of us are lucky to have family doctors, even if it takes weeks to arrange a face-to-face 10-minute interview. Pierre Poilievre has reportedly signed up 300,000 new members of the Conservative Party of Canada, largely on the promise of doing away with all vaccine mandates.

The data appears to confirm his opinion:

From the start of the pandemic, writer and researcher Jon Parsons tracked our response to it — not just the numbers of cases and vaccinations, but our ethical responses.

Our responses to the pandemic fall, he argues, into three categories: passive nihilism, active nihilism and ethical subjects.

The passive nihilist “perceives the world around them in chaos and, in response, then makes the decision to turn inwards and focus on themselves.... In the context of the pandemic, the passive nihilist wants their creature comforts. They miss most of all their haircuts and going out to brunch. They want to go on holiday amid suffering and disease.”

The active nihilist “sees the world in chaos and, in response, decides to make that world more chaotic still.... In the context of the pandemic, the active nihilist is the person who fights against any reasonable attempts to contain the virus. They are against lockdowns, against masks, against vaccines, and against anyone who tries to keep others safe.”

The third response is from what Parsons calls the “ethical subjects,” people who realize their inability to fix things but who try anyway. “In the context of the pandemic, they understand that it is an unfair situation, and they know it is not in their power to make the virus go away. Still, they commit to doing whatever they can to minimize the suffering of others.... The ethical subject makes a commitment to social solidarity even while recognizing there is some absurdity to it, in the sense that they know their actions will make little difference in the face of such tragedy. They cannot help but try.”

Most of us are nihilists, driven purely by self-interest:

North Americans have been encouraged for over 40 years to think that it’s “me against the world.” Margaret Thatcher, while still British prime minister in 1987, summed it up very well: “Who is society? There is no such thing! There are individual men and women and there are families and no government can do anything except through people and people look to themselves first.”

Our inability to react collectively to COVID suggests that, as we face climate change, our future is hot and dark.

Email ThisBlogThis!Share to TwitterShare to FacebookShare to Pinterest
Labels: A Broken Society

it’s my current perspective - that most ordinary Canadians like me cannot understand or trust what went wrong with North American society or ‘Governance’ in regard to the Covid Pandemic. As I completed a very careful reading of The Premonition - A Covid Story by Michael Lewis.. I finally had the glue and clues that what I’d observed / experienced / understood was pricelessly accurate .. but I needed someone like him as a Social Genius or astonishing writer to just give the keys to me.. to run with

There are those among us who lay the problems out for us, sal. If we remain ignorant, it's because we are willfully ignorant.

Spent some time with my GP the other day (an 'in-office' visit no less). I mentioned that there were times I thought this must be a nightmare, perhaps I was in a coma. Climate breakdown, food insecurity, overpopulation, resource depletion, even renewed threats of nuclear war. He said I'd be surprised at how many of his patients are experiencing this angst. A few weeks ago I had a similar conversation with a couple of former colleagues in Vancouver.

Killian describes a struggle between nihilism and fatalism. Ethical people can agree that, while it is far too late to fix what ails us and even a hard landing may no longer be possible, we still have the power to make the future worse than it need be for our younger generations. That is cause enough to keep fighting.

I agree, Mound. Giving up is a sign of moral bankruptcy.

the University of Toronto is doing some interesting work with its Landmark project, Canada’s largest urban geo-exchange system. It is expected to reduce the school’s annual greenhouse gas emissions by 15,000 tonnes when it is up and running in 2024.

A network of heat pumps extract and store heat from the ground. In the summer, it will strip excess heat from the buildings and store it inside a closed-looped, 200-kilometre-long underground network of U-shaped tubes filled with glycol and water. The heat will then be pumped back into those buildings during the colder months. The annual reduction in carbon emissions will be equivalent to taking 3,260 gas-powered cars off the road.

So we are not all boneheads. This project is absolutely humongous; I can't believe the size of the hole in the ground. There may yet be hope for the younger generations.

There is hope, ffd -- but only if we begin to replicate projects like the one at the U of T -- all over the world.

We desperately need some of that, TB. Let's see if Mound responds.