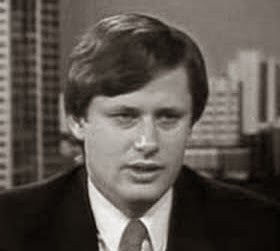 In his most recent column at ipolitics, Michael Harris recounts observations from people who have had to deal with Stephen Harper:

“You have to appreciate Orwell to get a feel for Harper,” former Liberal interim leader Bob Rae told me. “His government doesn’t like alternate sources of information. It likes to be the sole source of information.”

NDP Leader Thomas Mulcair met Harper in 2007, and was struck by the “strange” character of the man who has made his party “smug, smart-ass, and full of half-lies.” His utter dismissiveness of opponents was striking to Mulcair: “He never looks at his adversaries. There is no eye contact. It’s robotic. He pivots when he rises and looks at the Speaker. He never looks at his interlocutors. Questions don’t interest him. He is less and less connected with the question. What you get to see of him in the House is his right shoulder.”


But perhaps the most telling anecdote comes from Bill Phipps, the NDP candidate who Harper ran against in 2002, and who he refused to debate:

“I went over to congratulate him at his headquarters and he wouldn’t shake my hand. He told me he despised me! I couldn’t figure out how he could despise me, since he didn’t know me.”


The prime minister is a man who appears to hate every other human being he encounters:

The list of people Harper hates, not counting the ones on the official enemies list the PMO keeps, is long: judges, journalists, environmentalists, professors, union leaders, scientists, federal bureaucrats, First Nations peoples, Palestinians, all opposition parties, and anyone or anything named Trudeau.

Remember, this is a PM who won’t talk to the premiers, wouldn’t talk to Chief Theresa Spence, doesn’t hold press conferences and won’t speak at the UN — except through his finger puppet, John Baird.


One has to wonder if his supposedly brilliant mind is also a diseased mind. He is, after all, a sore winner.

No question there are mental health issues at play here. Ever see pictures of him? Close ups? His eyes are more than icy--they're vacant, like that of serial killers or any other who appears to have long lost their souls.

The more I know of him, the more scary he becomes. In my non-professional opinion, but as someone who worked assisting psychologists in the past, he fits the profile of a sociopath.

It's not normal to have this much hatred. I've known some pretty misanthropic people who don't hate the way that he does. Like I said in the past, unlike politicians who practice austerity in the name of so-called smart politics, I am convinced that Harper feeds off the suffering of others. I'm sure if he saw a homeless man, screeching in pain after being beaten, Harper would A) continue to kick the poor soul and would watch with glee. In fact, if not for human suffering, I am convinced Harper would have no reason to get out of bed in the morning.

You're not the first to comment on Harper's sociopathic personality, CK. And I suspect historians will also have something to say on that score, too.

It's remarkable that somebody who is so inept with people has succeeded as a politician.

The only reason I think he has succeeded is that he is clever, devious, and a strong manipulator of people. He is a strategist, and they are like russian nesting dolls - there are wheels, within wheels, and layers of complexity. It takes a long time to sift through the rhetoric and find that black hole at the centre.

It took Marlowe some time to understand Mr. Kurtz, Anon.

But he eventually learned about the horror such men can unleash on others.

Has a nice ring to it.

And he'll leave behind a mess that someone else will have to clean up, Dana.

Harper loathes us, both Canadians and Canada in a repugnant way reserved only for vicious tyrants. "He told me he despised me! I couldn’t figure out how he could despise me, since he didn’t know me.” - Bill Phipps - a lawyer, churchman and social activist, ran against Harper in 2002 as the NDP's candidate in the riding of Calgary Southwest." - also from the same Harris article.

I am concerned about the environment as this is our common heritage. Our environment also contains abundant natural resources that are assets to us all as they belong to all Canadians. Harper because he disdains us is allowing a mammoth heist of said assets to unscrupulous foreign interests who will destroy our land our rivers, lakes, coasts underground aquifers and wells in the name of profit we won't be sharing. They will not be held accountable for the destruction of our precious country and all Canadians our wildlife plus habitat will suffer for Harpers ways. Because we are concerned he makes scurrilous remarks about us, puts us on an enemy of the government list and laughs in our faces.

There are the good, the bad and the ugly then there is Harper who stands alone among democratic leaders but stands shoulder to shoulder with vile and repugnant dictators. Col Muammar Gaddafi had nothing on our boy wonder Steve.

As you say, Mogs, Harper is hellbent on destroying our common heritage.

And he doesn't really know who "we" are.

Prime Manipulator Stephen Harper has a nice ring to it.

He apparently chews them up and spits them out: Soudas, Wright, Duffy, Wallin, Brazeau, Carson, Porter ....

And this is the guy whose values Wright had said totally agreed with his (or something like that).

What does it say about Cons values, I wonder?

As John Kenneth Galbraith wrote long ago, Anon, modern conservatives are trying to find a justification for selfishness.

When you think about the "nothing" that all of his supposed values add up to, you have to laugh at the way this pea-brain is so passionate about them.

A truly empty man who amounts to nothing at all.

It's our disgrace as a people that 1/3rd of us are so ignorant/deluded or vacant that they see something there, and the rest of us haven't been able to put him in his place.

Stalin, Hitler and Mussolini were all, sociopaths, dictators and control freaks. All of them had, very similar personalities, as most sociopaths do. I find Harper every bit as repulsive, as the other dictators of the 30's and 40's.

I find every dictatorship country of today, just as repulsive.

I most certainly agree? Harper needs a full mental evaluation. Even other countries are weighing in on this supposed, Fair Election Plan. They too say, there is nothing fair about it and Canadians should fight that unfair election act. If a plan comes about? I am more than game to help.

How Harper's team can support such as him? They have no self respect for themselves. My contempt of them, grows more every day too.

The fact that Harper was elected Prime Minister -- even if the election was stolen -- speaks to our shame as a country, thwap.

I suspect that the majority of Canadians agree with you, Anon.

.. Thwap gets it .. Someone who should be the unpopular accountant or comptroller at a 3rd rate law firm.. is our current Prime Minister.. simply astonishing ? ?

No.. that's what we should expect to emerge from a cesspool.. or septic tank. And that is what The Harper Party is. An ethical cesspool.. a nasty entitled evolution of the trough.

Sure.. the MP's act like they're civil & normal human beings, to a certain extent.. and the Ministers act somewhat like they may be contributing to society & can generally talk without drooling or farting. But the reality is littering the House of Commons. Clapping and standing like inane asses. Delivering talking points. Defending Harper.. doing what he or his prissy PMO tells them to do.

And they're all just fine with the spying, the lying, the secrecy and obstruction, the data base, electoral fraud, attack ads.

And they continue to insist that integrity is their calling card, salamander.

When a political party is so obviously not what it claims to be, things fall part.

Some type of mental abnormality or illness has always been evident in his eyes. Since the Ukraine situation has developed, the mood controllers he has been using have proved insufficient to his needs. Another diagnosis is in order.

Dimitri Soudas was supposed to hide those mood disorders, John.

Obviously, he didn't do his job.

You would not have seen this a year ago.
http://www.theglobeandmail.com/globe-debate/harpers-cold-war-mindset-diminishes-his-global-credibility/article17754286/

It's an interesting piece, Steve. And it tells you just how badly Harper wants to turn back the clock -- on everything.