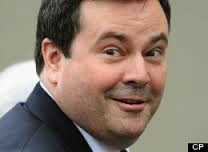 Mark Twain wrote that there are "lies, damned lies and statistics." The truth of that aphorism was proved once again this week after the New York Times reported that the Canadian middle class was in better shape than the American middle class. Jason Kenny went all a twitter. Justin Trudeau had it all wrong, he tweeted. His claim about middle class angst was not "evidence based." Tom Walkom responded:

Given that his government has eliminated the long-form census, cancelled Statistics Canada studies and squashed straightforward scientific research, it’s a bit rich for Kenney to call for evidence-based anything).


More importantly, Walkom wrote that statistics only make sense in context -- and part of context is history:


In fact, the Times report merely confirms what was widely known.

Second, between 1980 and 2010, Canadian and European income-redistribution programs helped middle-income citizens all storms.

In the U.S., by contrast, tax and subsidy programs are more favourable to the wealthy.
Presto: The poorest in America saw their incomes fall; the middle class stagnated and the wealthy forged ahead.

In European counties like Norway, the poor fared better. Canada, as usual, tended to be in the middle.

The Harper neo-conservatives have not had as much time to destroy the welfare state as their American cousins have had. The numbers in both countries are headed south. What has made the difference is when those numbers began tracking down.

Another part of context is geography. And, Michael den Tandt writes, things are worse for Ontarians than they are for Albertans -- who are Kenny's chief focus:

Perhaps most important, the flutter in the aftermath of the NYT’s study misses the prolonged economic malaise in Ontario, in contrast with the resource-based boom in the far North and West. Ontario is a waning power economically, having joined the ranks of the “have-not” provinces under the federal equalization formula. It may not be coincidental that Kenney, a Calgary MP, saw fit to enthuse about the economic status quo; a minister from Southwestern Ontario, whose manufacturing economy has been hammered by factory closings, might have taken a different tack. Economists from Don Drummond to, most recently, the Fraser Institute’s Livio Di Matteo, have chronicled in detail the causes of Ontario’s prolonged slump — including limp exports, un-competitively high energy prices and runaway debt. All good? Um, no.


Den Tandt suggests there are some other numbers Kenny should focus on:

But here’s the rub; politically, [Ontario's] clout is still growing – from 106 of 308 MPs in the House of Commons in 2011, to 121 of 338 in 2015. Of the 30 new seats now in play, 15 are in Ontario. So, this is the question for the Tory caucus: Do you really want to be telling Ontarians, who comprise nearly 40 per cent of this country’s 35 million people, that they should buck up, while your principal rival is telling them he feels their pain?

Kenny would be well advised to consider another of Twain's aphorisms: "Better to keep your mouth shut and appear stupid than to open it and remove all doubt."

Email ThisBlogThis!Share to TwitterShare to FacebookShare to Pinterest
Labels: The Decline Of The Middle Class

That's really a glowing comment coming from the NYT and Kenney should be proud as he and the Tory caucus led by sabre rattling Steve can confirm we are moving closer to the Dismal States down south. What? A real positive comment would be if we were moving the direction of Norway. A positive bank account built on oil revenue, we produce and export much more than they and they have more saved then we are in debt for. We both countries are headed for the trillion dollar mark Canada's indebtedness, which the Harper government is the leading contributor towards has reached -$0.62 trillion while Norway's oil savings fund has reached +$0.905 trillion, they are a little ahead in the race.

But then what do you expect from Canadian men who admire one of histories greatest buffoons and actors? He acted as if he was the President of the then richest and most powerful nation on earth and started a downward glide turned spiral that has led the US racing for the bottom ever since. In our lifetimes Owen we have seen the US go from top dog to losing its prestige power and economic might thanks to Reaganomics. Don't forget Regan was never really in power he was hired for his acting skills and that's why I call him the greatest actor, after all who else could pull off a stunt like that? (GB I pulled his strings) Harper tries and his hero Reagan swore until the day he died that trees are one of the largest contributors of dangerous gasses in the atmosphere too. Come on Canadians you have grown to expect way too much from the children running our country.

If you want a country that works like Norway you will have to put the children to bed and hire real people not wanna be spoiled (soiled) brats (rats) that the Harper (also a hired actor) comedy farce act really is. Or you could let him continue to act out his Reagan fetish fantasy until we are worse off than the once proud Excited States south of the border, your choice Canadians.

You're right, Mogs. There is another model -- the Norwegian one. Unfortunately, these folks would never consider it.

I read the story, Mogs. It's all part of the paranoia at the centre of the organization.

Harper is Americanizing Canada, getting ready for the NAU.

American Police operating in Canada, exempt from our laws.

Harper encouraging people, to shop across the border. Even making it easier, to bring back more goods.

Obama hammering out Obamacare, much like Canada's health care will be, after Harper hacks it.

At this last meeting of the 3 Amigo's

Harper and his henchmen reek, right up to the Space Station. How that monster gets to stay in office boggles me. The opposition, is worse than useless.