Making The World Safe For Capital 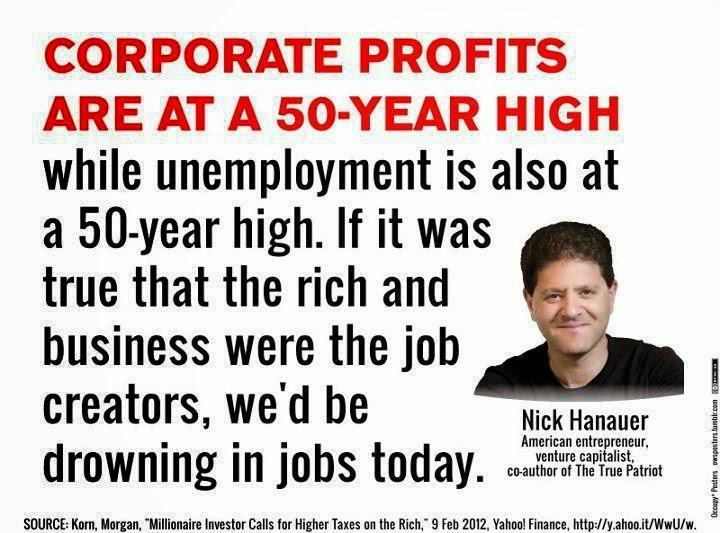 Complaints about the Temporary Foreign Workers Program keep piling up. This morning the Vancouver Sun reports:

B.C. workers ranging from seasoned professionals to teenage fast-food employees are complaining about being dumped in favour of non-residents as Ottawa scrutinizes employers who abuse the Temporary Foreign Worker program.

Vern Doak is a crane operator with 37 years experience who lives in Vernon. In early March he was contacted by his union, who informed him that an American company, Oregon-based O & S Contracting, had work for him building a cogeneration plant near Mackenzie in north-central B.C.


But Doak was replaced by foreign labour. The program, Carol Goar writes, was never about filling labour shortages. It's time to answer a few straightforward questions:

If they want an “adult conversation” about work and remuneration, they should be ready to answer some key questions:

The program has always been about lowering wages -- and, thereby, increasing corporate profits. Stephen Harper has never accepted the idea that government should balance competing interests. For the prime minister, there has only been one side that matters in any dispute. That's capital. That's his side.

And his mission is to make the world safe for capital.

The absurdity of an economy based on limitless growth is belied by the division of the zero-sum pie. Are there enough people willing to retrench on consumption to revalue labor and move toward a more equitable distribution of the increasingly scarce benefits of society's business. Not so far. Nice piece.

There have always been limits to growth, Danneau. But Mr. Harper doesn't wish to recognize them -- just as he refuses to recognize the limits which the Charter places upon him.

When business starts wagging its finger at the populace, denigrating them as lacking in a work ethic, Owen, I know it is simply an effort at misdirection. As Goar's piece makes plain, people value their work when their contribution is recognized through adequate compensation. This simple truth seems to be lost on these mini-masters/mistresses of the micro universe.

It's so much easier to point fingers at others, Lorne. But Nick Hanauer -- who is himself wealthy -- knows exactly what is going on.

Many foreigners have drivers licenses and health care cards. Perhaps they will vote? Harper has brought over thousands of foreigners. BC is wall to wall with thousands of Chinese brought over. BC is absolutely becoming a ruin to feed the, non-stop devouring appetite of China. BC's forests are being shipped over to China, freighter after freighter.

Harper is sneakily working on the TPP which is, another corporate give-a-way. This gives corporations a hell of a lot more power, to thieve from the people. They are who demand the cheap foreign labor to exploit.

Harper is the one and only Canadian PM ever, to be held in contempt of Parliament. Why we people are stuck with such a monster, boggles me?

The absurdity of what Canada has become, which has degenerated under the Harper government to an echo-chamber for elitist's who all they have to contribute to society is to have hoarded the largest pile of cash they could put their meat hooks into legally or illegally, morally or immorally. Elites only see in terms of monetary value plants, animals and humans are useless to them unless they can turn them over for profit. Medicare along with every other government service is useless to them because there is no profit in it, that's why they want to privatize it, simply so they can capitalize on it and reap tremendous profit on the sick disabled elderly and dying. We used to have unprintable terms for people like these now they prefer the term business men simply enjoying a profit. For elitists the only thing important in life is the race to the top of the 1% club.

So as citizens what are we supposed to do? The Law does not apply to the federal government or its friends or its contractors or its employees. The Law does not apply to corporations or the very rich. If I object I have immediately placed myself on a watch list by either RCMP or CSIS or maybe even both. If I disagree with the government or a large corporation's activities I'm involving myself in criminal activities even if I'm trying to expose fraud or criminal activity. If I peacefully demonstrate I am a fringe extremist radical terrorist of one stripe or another. If I tell the government that I do not agree and I don't vote conservative, I have become Harpers enemy and am put on a list for who knows what nefarious purpose in the future.

What happened to our Canada since when did it belong only to criminal dictatorships posing as democratic government. Since when did the oil business take over this criminal dictatorship and ensconce itself in areas of government like CSIS where it is treasonous for it to be and nobody cares? Welcome to Canola-land, Harpers nirvana paid for by Koch.

Time to revolt: Vote for Harper to leave office in disgrace eliminate the cancerous Conservative Party of Canada by offering it not a single vote outside its own membership. Let it slither back into the darkness from which it emerged born out of deceit lies and broken promises closed door deals and back room meetings, no these conservatives are not fit to govern a nation as great as ours. May 2015 end the depressing reign of conservative hell for Canadians we have been punished enough.

Contempt is the key word, Anon. All of this is about contempt.

We should have revolted long ago, Mogs. It would appear that some of Harper's supporters have finally got the message.

Canadians should learn to read at an adult level and then do it. I am becoming weary of adults who can't read the word "conscientious" and who instead read "conscious", which changes the meaning considerably, but they don't seem to notice that.

When Canadians have acquired their new reading habit, they should read about systems of proportional representation that support a real democracy. So, if another referendum on electoral reform should turn up, as in Ontario in 2007, they will have something to say except duh.

Ten glorious days of advance poll and referendum we had. The Italians of Toronto were most suspicious of the whole idea of electoral reform and equated it with the Italian government disasters of post-war Italy. The Ontario government was trying to assess support for Mixed Member Proportional Representation. I guess people couldn't read those long words.

So now we have the Temporary Foreign Worker program and people are beginning to find their own lives and the lives of their children are impacted. No shit. It's been a long time coming.

We get the government we deserve, ffd. And, if we don't understand the words our politicians use, we get the shaft.

Harper's foreign policy has never had anything to do with international affairs, Anon.

It's always been about buying votes at home.

Thanks for the link, Mound. Krugman has a piece in the New York Review of Books on Piketty.

A world ruled by Gordon Gekko's children would be a dystopian future.