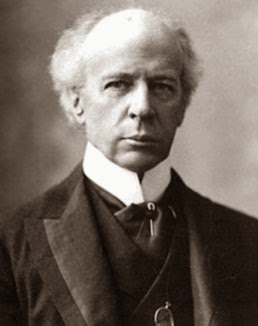 Yesterday -- for the second time in a month -- the Supreme Court reminded Stephen Harper of two truths about Canada. The first is that, as prime minister, he is obliged not to make the rules but to follow them. The second is that this country is a federation.

Harper has consistently operated on the assumption that he can ignore the constitution. Errol Mendes writes:

This is a landmark decision and, along with the Supreme Court’s take on the Nadon appointment, it shows the court nailing down the fundamental constitutional limits of the Canadian parliamentary and federal order for a government that seems to be looking for ways around the rules to achieve its political ends.


There is an established procedure for amending the constitution -- the consent of seven of the provinces representing 50% of the population.  But abolishing the Senate would take more than that:

Finally, given the court’s emphasis on the need to respect the architecture of the Constitution, its finding that Senate abolition would require the unanimous consent of the provinces was almost a foregone conclusion.


Constitutions are not easy to change. They are purposely made so. And governing Canada has never been easy. It takes, in Laurier's memorable phrase, "sunny ways" -- something Mr. Harper lacks.

The simple truth is that Harper is temperamentally unsuited for the job. Deep down he knows that; and he has tried to change the rules to suit his own convenience. The court has reminded him that the constitution takes precedence --  not the prime minister's personality.

Email ThisBlogThis!Share to TwitterShare to FacebookShare to Pinterest
Labels: The Supreme Court On The Senate

.. well said.. and thank you for that bright perspective

Unfortunately, despite certain setbacks.. Stephen Harper via the Harper Party Government is succeeding at making Canada unrecognizable. This is now a country where ignorance in the form of Butts, Calandra, Gail Shea, Joe Oliver, Peter Kent et al may pretend within our Parliament, that their dull subservient sellout 'values' are Canadian Values.

After showing the vandals the door, we will have a staggering amount of cleanup to do. And just imagine how unemployment figures could jump when the Harper PMO is shown the door & pink slipped

Has he learned his lesson we wonder? Probably not, although he and his lapdogs are backing off a little on the odious and selfserving Unfair Elections Act, which undoubtedly would have landed up in the courts also, I suspect we are in for a continued battle as he strives to inflict his will upon the people. Look for more desperate and unethical moves as the election nears and the lipstick is removed from the pig!

Given recent revelations, salamander, I suspect that those currently employed in the PMO will be able to survive for a very long time on their severance packages.

Past performance suggests that Harper learns very little, Rural. But he is very good at reciting chapter and verse.

Harper is not a true Canadian. He is a dictator from way back.

After all, Wright only did aid, abet, cover-up and pay the bill for a Senator, stealing our money. The PMO sanitized Senators expense claims. So we have, the Royal Conservative Mounted Police at their finest.

Then we have Harper's boy Cote in EC, at his finest. Harper stonewalled and blocked the investigation of the robo-call election fraud. Harper didn't cheat to win his election? Convince me.

Harper has no decency, honor, ethics nor morals, what-so-ever. Nor do his team, shame on them.

And they certainly have no sunny ways, Anon.

Harper has 'funny ways' Owen fundamentally flawed ways of committing fraud and getting away with it instead of just governing. Not quire what Laurier had in mind.

A dark cloud has moved in to Ottawa and it is overstaying its welcome.

If I was the political weatherman in charge I'd call for a change to 'sunny ways.'

The country would be better off with sunny weather, Mogs. We've had too much of this bitter and backwards cloud cover.