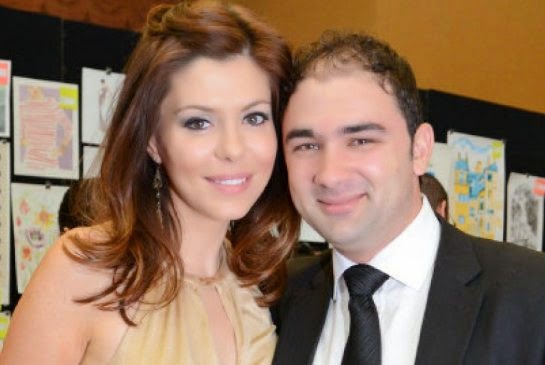 Taken separately, both are worthy pursuits. But, when combined with the catalyst of romance, they are an explosive compound. Consider the case of Dimitri Soudas and Eve Adams. Tim Harper writes:


This week, we present deposed Conservative party executive director Dimitri Soudas and Conservative MP Eve Adams, he a man who has been spinning narratives for a living for years and has made enemies along the way, she a woman who has worn her ambition on her sleeve since arriving here, no matter how clumsily she has pursued that ambition.

“At the end of the day I chose the woman I love over a job I didn’t want in the first place,’’ Soudas said Tuesday.


That is at odds with a much more widely reported narrative about a man who was told he was in charge of the nominations in 337 Conservative ridings heading into next year’s election, but was told to stay away from his fiancée’s coveted Oakville-North Burlington riding. He couldn’t — love and all that — and paid the price, the trigger pulled by a man to whom he has pledged unflinching loyalty, Prime Minister Stephen Harper.

This wasn't the first time the good ship Harper was blown off course by a power couple:


The tawdry and warp-speed demise of that couple has been well-chronicled. Jaffer faced drug possession and impaired driving charges, then allegations he was using his wife’s office for personal gain. Guergis was tossed from cabinet and caucus, the RCMP was called in, she was declared roadkill by Harper, then was embarrassed in her bid to recapture her fleeting political magic in her riding north of Toronto, now remembered there as the former Miss Huronia who squandered influence in the national capital.

There are lots of other examples, not necessarily Canadian. One only needs to remember Bill and Hillary. They weathered the storm. Perhaps Dimitri and Eve will do the same. It will be interesting to see what happens to Stephen Harper.

In the end, love and ambition could play a part in his demise.

"Have you ever been to sea Dimitri?"

"No captain Steve, but I've been blown ashore."

I assume he'll find a place to land on shore, Anon. Someone will throw him a lifeline.

As Willy Loman told his brother-in-law, "It's connections, Charley."

I suspect that Ms.Adams will suffer the most as a result of this scandal. The good people of the 'Oakville-North-Burlington-Keep-Those-Revolting-Poor-Canadians-Out-Of-Our-Neighbourhood' riding must have their ten foot polls out by now.

I understand she has recently moved into the riding, Anon.

She can't claim to have deep roots there. But -- because it's a new riding -- perhaps no one can make that claim.

Once the harpercons fall from power they'll both find they have no use for the other.

That outcome would not be unusual, thwap. Power binds people together -- but only for as long as it lasts.

Well. Harper has a list of degenerates as long as his arm. Some are even in prison. Porter is begging to be let out of prison. Harper picks people he can control and they are picked for specific purposes. When Harper has no more use for them? He cuts their throats, to save his own miserable hide.

Harper lies, deceives, thieves is corrupt uses dirty tactics and cheats to win and, he is still here. The last election wasn't even valid. Harper is stacking the deck again, to cheat this next election too.

It has always been about stacking the deck, Anon.

I see something much more juicy here, see is obviously no match for a 'has been' she is a climber and a digger and poor Dimitri is no match once he has kissed his Harper ass kissing job goodbye - she will have no use for him. ...ah young love so foolish...:)

It's beginning to look like Harper will turn this into a public shaming, Mogs -- as he did with Rahim Jaffer and Helena Guergis.

It will be interesting to see what Soudas and Adams do.