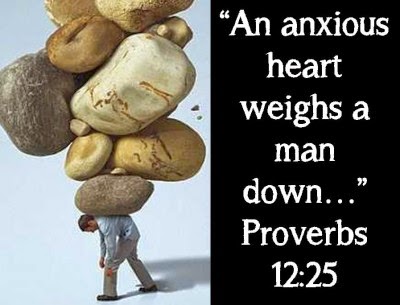 Over the weekend, voters -- in Calgary and Kitimat -- made two important decisions. Tim Harper writes:


In one, Conservatives in Calgary’s Signal Hill riding finally rid themselves of a six-term embarrassment named Rob Anders, handing the nomination to a former provincial cabinet minister, Ron Liepert, in a family feud for the ages.

In the other, the voters of Kitimat, B.C., who have been promised untold economic riches for their support of the $6.5-billion Northern Gateway pipeline project took a look at the gifts offered by energy giant Enbridge and thumbed their nose at the project.

In both cases, they rejected who and what Stephen Harper had on offer. Together they are part of a pattern. And the pattern confirms that the rebellion is underway. Conservative constitutencies are refusing to take direction from the top down. The Supreme Court has rejected Harper's choice to sit on the court. It has found significant elements of his tough on crime agenda unconstitutional. And his Senate appointments keep breaking bad. Mr. Harper is losing his grip.

Wise politicians can read the signs and they know when they have overstayed their welcome. One wonders if Stephen Harper can read signs.

To add even more encouragement to the trend, Owen, I just read on the Globe that the Senate is set to "recommend, unanimously, specific amendments" to the Fair Elections Act: http://www.theglobeandmail.com/news/national/senate-flexes-muscles-over-fair-elections-act/article17955323/

"Mr. Harper is losing his grip."

And the rest of us? Breathe a sigh of relief and cheer.

This is the pattern I'm seeing the choke-hold Harper had back in 2011 on certain voters is now meaningless since people are catching on that Harper is thoroughly un-Canadian and his policies are not meant to help Canadians. Perhaps just in time to save our Canada.

But then again I thought BC was done with the Clark emulating Harper-con masked as Liberal Government of BC too.

Notice Mulcair is going full tilt against the unfair elections act, he should wake some out of their slumber.

If Harper stays too long, Lorne, he may turn into a pumpkin.

Sure he can read them. And they tell him to double down on the meanness, the deception, the confrontational style.

If he knows, absolutely knows for a certainty, that his government will be defeated he will go scorched earth on the country.

The CBC will be on the market, as will Canada Post and first offers will be accepted. He won't even try to pretend to be interested in the best deal possible - just any deal that's fast enough.

As he gets into all this the GG will be tested like never before.

I wonder if this old white man in office has any more spine than the Haitian woman did.

The "Fair" Elections Act just might be the straw that breaks the camel's back, Mogs.

I don't expect Harper to go quietly, Dana. And, like Nixon, he could be the source of a constitutional crisis the closer he gets to the exit.

I have a different take on Dana's view that "I wonder if this old white man in office has any more spine than the Haitian woman did."

I suspect Michaelle Jean gave Harper a pass on his first prorogation and warned him not to do it again.....so Harper replaced her with one of his favourite toadies. Ms. Jean was an improvement over Adrienne Clarkson who felt she entitled to as many entitlements that she could exploit....kinda like Alison Redford.

For some reason, don't know why, the up-coming Flaherty funeral reminded me of Rommel's.

There's nobody left now -- either in the cabinet or the caucus -- who will disagree with the dictator, Ed.

Entitlement. I can recall when Mr. Harper railed against the Liberal sense of entitlement, Anon.

Harper also had a tremendous sense of his own righteousness. He still does.