Looking After Tom And Daisy's Interests 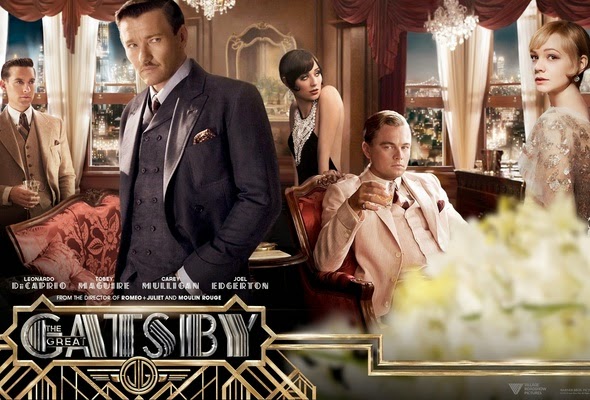 Martin Gilens and Benjamin Page have concluded in a recent study that democracy has been successfully subverted in the United States. That country, they write, is now an oligarchy.

The American Supreme Court has had a hand in establishing that oligarchy. In the Dred Scott decision of 1857, the court concluded that those whose skin was black were not people. In the Citizens United decision of 2010, the court decided that corporations were people. The consequence, Michael Harris writes, has been that those with more money have more free speech:

As U.S. neo-conservative consultant Arthur Finkelstein has always said, money is important because it determines who gets heard. It was exactly what bothered Thomas Jefferson when he warned against the dangers to American democracy posed by “the aristocracy of our moneyed corporations.”


Stephen Harper tried the same legal gambit back in 2004, when he headed the National Citizens Coalition:

Like his Republican brethren, Harper too went to court to lift spending limits in political campaigns. Like his Republican brethren, he too argued it was a free speech issue and wanted no spending limits on so-called third parties during elections. He went all the way to the Supreme Court of Canada, where he lost in 2004. The judges decided that setting limits on third-party political contributions during the writ period was not a free speech but a fair play issue.


Now Harper is trying to do legislatively -- through Bill C-23 -- what he could not do legally. The bill's objective is to entrench a Canadian oligarchy. Like his Republican brethren, Harper is looking after the interests of Tom and Daisy Buchanan  -- who got away with murder.

On the subject of great literature, I have one footnote. Over the weekend, Alistair MacLeod died. His novel, No Great Mischief, is the finest rendering of Cape Breton and its people that we have.

Ironic, isn't it? The amendment to free the slaves was abused by corporations and the Supreme Court almost
immediately.

As the great American jurist, Louis Brandeis noted, “We must make our choice. We may have democracy, or we may have wealth concentrated in the hands of a few, but we cannot have both.”

"One of the chief factors in progress is the destruction of special privilege. The essence of any struggle for healthy liberty has always been, and must always be, to take from some one man or class of men the right to enjoy power, or wealth, or position, or immunity, which has not been earned by service to his or their fellows.

"...every special interest is entitled to justice, but not one is entitled to a vote in Congress, to a voice on the bench, or to representation in any public office. The Constitution guarantees protection to property, and we must make that promise good. But it does not give the right of suffrage to any corporation.

"...It is necessary that laws should be passed to prohibit the use of corporate funds directly or indirectly for political purposes; it is still more necessary that such laws should be thoroughly enforced. Corporate expenditures for political purposes, and especially such expenditures by public service corporations, have supplied one of the principal sources of corruption in our political affairs.

"...No man should receive a dollar unless that dollar has been fairly earned. Every dollar received should represent a dollar’s worth of service rendered — not gambling in stocks, but service rendered. The really big fortune, the swollen fortune, by the mere fact of its size acquires qualities which differentiate it in kind as well as in degree from what is possessed by men of relatively small means."

Those are the words that embody the true spirit of progressivism. It is against them that we can take the measure of not merely Harper but also Mulcair and Trudeau and see them exposed for what they truly are.

It's truly ironic, Toby, that in the land where "we, the people" are supposed to be in charge "it, the corporation" calls the shots.

It's ironic, Mound, that two cousins -- from different parties, but from the very class that held the reigns of power -- could stand so firmly for the notion that "we, the people" should take precedence over what Teddy called the "malefactors of great wealth."

A book Capital in the Twenty-First Century by Thomas Piketty, a 42-year-old who teaches at the Paris School of Economics, goes into great detail about this oligarchy Owen you heard of it? A quote from Nobel Prize-winning economist and New York Times columnist Paul Krugman talking about Piketty's book with Bill Moyers - "What the 1% Don’t Want You to Know";

“What Piketty’s really done now is he said, ‘Even those of you who talk about the 1 percent, you don’t really get what’s going on.’ He’s telling us that we are on the road not just to a highly unequal society, but to a society of an oligarchy. A society of inherited wealth.” - Paul Krugman from the discussion above.

It's worth noting that not all agree with Piketty 100% but none call him wrong.

I've heard of the book and I've seen the interview with Moyers, Mogs. It's interesting that this has happened before and history is repeating itself.

Read of: Harper gave a speech in New York at, the Council of Foreign Relations. This was Sept 25/2007

We have American Police operating in Canada, exempt of our laws.

Obama hammered out Obamacare, similar to our health care plan, after Harper hacks ours of course.

Harper encouraged Canadians to shop across the border. Even making it easier to bring back more goods.

Harper has been sneakily working with corporations, on the TPP. Just another corporate give-a-way. It is the corporations demanding cheap foreign labor to exploit. When the corporations lined up at the trough and squealed for more money? Harper gave them, another $60 billion in tax reductions. Harper takes from us to, give to the wealthiest outfits in the world.

Big business pushing for the NAU
May 18/2011
www.globalresearch.ca

The 3 Amigo's just had another meeting.

Last Federal election. Two Americans Wenzel and Parker participated in Conservative campaigns in Ontario. Front Porch Strategies were accused of the robo-calls, that came out of the US. EC said, they had no jurisdiction, to chase down the robo-calls in the US.

Harper is fighting tooth and nail and using every underhanded tactic, to stay in office. Harper is the front man for the NAU. Harper craves power, glory and to be the big shot.

What are all of the opposition doing, to be rid of Harper? Besides nothing.

To me, all the dots connect. If I am wrong? Convince me.

Not so interesting when you are not part of the oligarchy and the struggle for freedom in history has always ended in bloodshed and yet the victory fleeting. One question today is whose side will the men who control the military (inside of it) be on?

"Developing from within feudal society, the birth of capitalism was violent & painful, tearing apart the existing relations of society With terrible force a new class was created - the working class - torn from the land by enclosures & on pain of death set to work in the factories. The class oppressions of feudal society were not done away with, but were created anew...
The key commodity of the capitalist production is labour power, the source of all surplus value, profit & wealth. Since a person's labour power can not be separated from their very being, from their humanity, it means that humans are literally bought & sold in the market place...
Looking back future generations will find it incomprehensible that human beings allowed themselves to be enslaved for so long. After all, it is our everyday activities & our failure to collectively refuse that allows capitalism to continue..." -from:

The problem has always been us Owen, collectively as a society empty of any spiritual connection to the earth that feeds us clothes us and keeps us warm. Instead we worship the capitalist 'golden calf' and are mesmerized by her bobbles and trinkets and volunteer to be a wage slave to accumulate those material possessions. The capitalists meanwhile destroy that beauty of the earth, which nurtures us tenderly in her possession, in order to enhance their pockets and supply their wares to the masses. So empty inside are most that they believe if they fill that void with consumer goods they will be full, but they never are, their appetites are unquenchable.

Alas it appears to be an endless cycle spiraling into the unknown forever, with the ones that rise to the oligarchs level feeding on all the masses below upon whose very existence the oligarchs are dependant. And they deny this too as much as they deny their dependence on the very earth herself.

“Society is like a stew. If you don't stir it up every once in a while then a layer of scum floats to the top.” ― Edward Abbey

There are some Canadians who believe that Mr. Harper would prefer the title "president" instead of "prime minister," Anon.