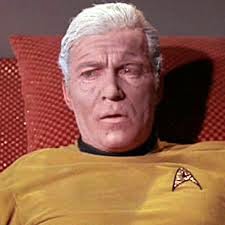 Stephen Harper likes to boast that seniors are his most loyal supporters. You'll notice that he has very little to say about the young. That's because he really isn't concerned about them. Take job creation -- something for which the prime minister claims a special talent. Carol Goar writes:

A government bent on lowering the living standard of Canada’s next generation couldn’t do a much better job than Stephen Harper and his colleagues have done.

The Prime Minister and his high-octane employment minister, Jason Kenney , have thrown one barrier after the next in front of young job seekers. Canada’s youth unemployment rate (15-24 years of age, both sexes) was 12.2 per cent when the Conservatives took power in 2006. Today, it is 13.6 per cent . But the numbers tell only part of the story. Hundreds of thousands of young people have given up their and gone back to school. Others have simply disappeared from the head count.


It's true that the millennial generation has faced a number of obstacles -- globalization among them. But Harper's policy response has been to sacrifice the young to the trends they face:


First there was the massive expansion of the once-modest foreign temporary workers program. When the Conservatives took power, it was a stopgap designed to address isolated labour shortages in the oilpatch and allow employers to hire highly specialized workers with skills no Canadian could offer.

Eight years later, it has become a high-speed causeway into the Canadian job market. Hundreds of thousands of workers — most of them low-skilled — pour into the country every year bypassing young Canadians. In the past 12 months, there have been several high-profile cases of employers turning away Canadian applicants and bringing foreign workers whose immigration status is dependent on their job performance. Whenever one of these embarrassments makes headlines, Kenney vows to crack down. “Our message to employers is clear and unequivocal: Canadians must always be first in line for available jobs,” Kenney affirmed this week after CBC reported that a McDonald’s franchise in Victoria was bringing in workers from the Philippines and cutting the hours of its Canadian staff.

Second, there was the government’s single-minded crackdown on young offenders. Former public safety minister Vic Toews, with the full backing of his boss, spent $5 billion (on top of the existing $15 billion) on law enforcement. The provinces, who handle most drug offences, were required to ante up an additional $14.8 billion.

If even half that money had gone to providing young people who stayed in school with marketable skills, they wouldn’t be stuck in minimum-wage retail and fast food jobs. Moreover, they wouldn’t be tarred with an unfair reputation.


No, Stephen Harper is no friend of the young. He's a prematurely old man.

Email ThisBlogThis!Share to TwitterShare to FacebookShare to Pinterest
Labels: Harper And The Young

Harper targets constituencies very carefully. He knows the percentages and in which provinces needed to hobble together a government, minority or majority. He knows the old are insecure and susceptible to fear-based politics and Harper knows how to play to those vulnerabilities. He inflames their fears and then purports to protect them. In this way he transforms his victims into his supporters. Every whorish politician over the centuries has mastered that trick.

Harper is driven by blind fury, Mound. He has learned to mask it with a tight smile and a blue sweater.

In the end, he is out for vengeance -- and he intends to get it.

Stephen has never pretended he had the youth vote he knows they do not like him or his ilk. He claims seniors love him, false. Stephen picked on the elderly that were not voting for him with his robo-call campaign. So in reality Stephen is not representative of the older folks either, except now wait a minute. There are a couple of old fellows in the US that can't vote for him and can't contribute to his election war chest, legally that is, but consider him god's gift to old Oilmen doing business in Canada, real down home good ole' boys.

This is where the connection start crossing worse than the wires in the old analog telephone system. Ez has direct ties to Koch, Harper does not appear to but his policies in fact make the Kochs business in Canada a walk through the park to monopolies go; where they cash in on a windfall, thanks to Stephen. And Ez's hyperbole is inseparable from con talking points, they both share the same writers it seems. If one looks at the connections of Ez's Ethical Oil and the Harper government it becomes obvious. We know the Kochs are a major supporter of The Fraser Institute and Tom Flanagan the American professor at the University of Calgary that created Harper is a major player of that institute. Then there is Ezra Levant a former pupil of Flanagan who claims that Flanagan “He is the master strategist, the godfather—even of Harper.”

Links will be posted in the following post for anyone interested in where and why our country is being led so astray by Harper for the Kochs at Canadians peril, connect the dots, it should make your blood boil. The Koch brother's are the biggest single investor in Canadian oil exports, pipelines, tar sands etc and Steve's policies are a windfall better than winning a lottery for them, more like being able to rig the lottery.

Which leads me to this question who writes Harper's policy David or Charles?

Thanks for the links, Mogs. The policy is all of a piece, isn't it?

Yes Owen the policy ties it all together and lets the cat out of the bag simultaneously, does it not?

I don't know if he is a prematurely old man, I do know he is an evil man. The article outlines a great disservice to young people and the country. Then of course there is the terrible treatment of the young people who joined the armed forces. There is a suicide rate amongst them, which is criminal. All because Stephen Harper and his ilk refuse to provide adequate funding for mental health or compensate them sufficiently for their injuries.

What harper has done, he would have done at any age. Its not about youth, they are simply the latest victims of his policies. He just doesn't care and neither do the members of his party.

For Mr. Harper, everyone is expendable, e.a.f -- except Mr. Harper