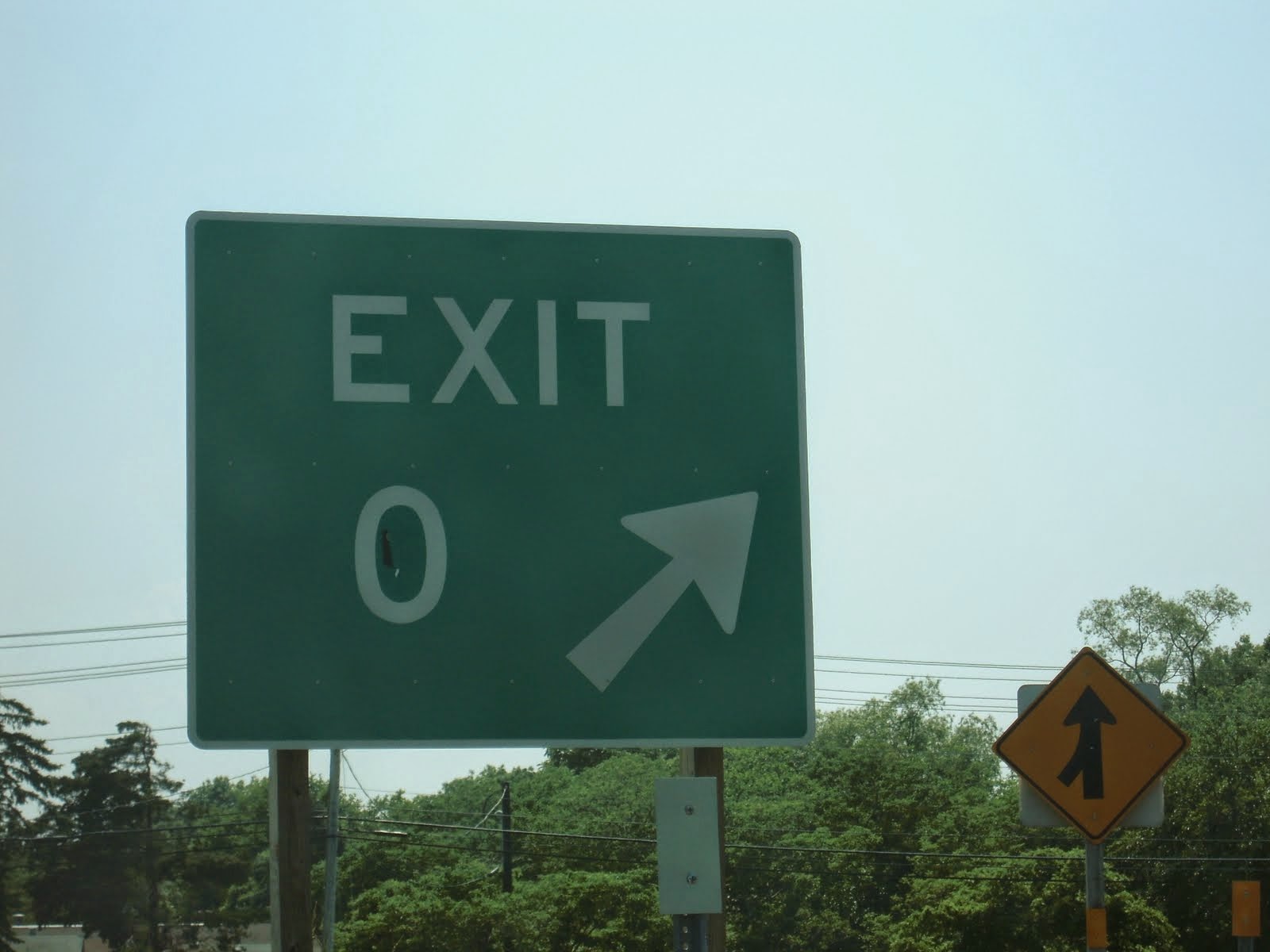 This week marks the first anniversary of Justin Trudeau's ascension. Lawrence Martin writes that the Harperites are filling the air with polls. They have tried to make hay in the aftermath of Jim Flaherty's death, pushing the meme that he  -- and they --  have been superb economic managers. However,

Mr. Trudeau’s accomplishment has been to bring back the Liberal support base. That base is traditionally larger than the Conservative one. This has been evident in polls that have shown the Grits around 35 per cent and the Tories at around 30. That picture has held not only for the past year, but dating all the way back to September of 2012, when Mr. Trudeau announced his intention to seek the leadership. With his name on the ticket, hypothetical polls immediately showed the big change.

Tories hope that the corner is now being turned, that they’ll draw even with the Grits or close to it. If there is little or no movement, they might as well go back to the drawing board. It will be a clearer signal than ever that the economy cannot save them. It will be a signal that after many years in power, fatigue has set in and the public wants change, pure and simple.

This was the case in the latter years of the St. Laurent Liberals, the Pierre Trudeau Liberals, the Brian Mulroney Tories and others. If it wasn’t the policies that turned people off, it was the governing culture.


It seems increasingly clear that Mr. Harper and his acolytes have overstayed their welcome. Despite their economic hype, it's their style and their shift to the past which leaves a bad taste in the mouths of Canadians:

The culture of the Harper operation grates. A country is supposed to be governed by consent, not by coercion. With this man, there has been too much of the latter.

There’s that and there is the progressives’ argument that this is a country moving backward in time. Backward on criminal justice policies, backward on the environment, backward on labour rights, on democracy and backward, with the unremitting focus on resource exploitation, on economic vision.


By the end of the month Stephen Harper should have a good idea of how he's doing -- and whether or not it's time to head for the exit.

Trust me, Owen, much to our chagrin, Harper ain't goin' anywhere. There is no reason to and every reason to stay. His ego & obsessive Trudeau hate are too big--bigger than even he. He must slay the Trudeau dragon and as long as the NDP & the Liberals snipe at each other, fighting for the keys to Stornoway instead of hitting at Harper with both barrels; add to this the Unfair Elections Act which is likely to pass quietly early in the BBQ season & the newly gerrymandered electoral map, Harper can easily win--yes, even another majority.

Polls have been wrong. Horribly wrong in the past. No reason for this to change until they correct their methodology--for one, stop polling online or calling cell phones and go the old fashioned way of using landlines--it is known that folks with landlines are the ones who can be counted on to never miss an election. That's but one problem.

Also, unlike the NDP & Liberals whose supporters are flighty at best, Harper has an unshakeable base. They will have boots on the ground come election season. If Harper were to murder his grandmother, he would probably win a more sizeable majority.

What you say is absolutely true, CK. The motto of Harper's base is Ignorance is Strength.

Unless the Liberals and the Dippers decide to go after Harper instead of each other, he'll be in again -- and God help us.

I really wouldn't want Harper to leave before the next election, Owen. As much as I detest him, new leadership going into the 2015 election would allow the great spin machine to promise new possibilities, the very thing we always hope for when tossing out an old, tired, and corrupt government. Whether that strategy will work for the Liberals in Ontario under Kathleen Wynne remains to be seen, but perhaps one can't draw too sharp a comparison here, given that Ontario voters have precious little offered as alternatives: a right-wing boy named Hudak, who seems incapable of professional/political growth, and Andrea Horwath who seems only to have an increasingly sharp attunement to which way the wind blows on each issue upon which she is asked to declare an opinion.

I have my doubts about whether Harper would ever take party advice and leave, Lorne. Although if he did, that might leave things the Conservatives in disarray.

Angus Reid already came out with a poll today claiming that the Cons have overtaken the Libs with both "eligible" or "likely" voters: http://www.angusreidglobal.com/polls/48956/conservatives-lead-liberals-ndp-among-both-eligible-and-likely-voters-in-april/

It is, however, important to note a few things about Angus Reid:

(a) it uses a "pre-selected" panel, and not a random sampling (they previously claimed they somehow select randomly from their pre-selected panel, which of course is not the same as a randomly selected model), and

Unfortunately, many of our media/pundits either do not pay attention to this questionable methodology or they are totally ignorant of statistical requirements for random sampling.

So take Angus Reid polls, or any polls using a pre-selected panel, with a large grain of salt. Can they be correct? Of course. Even a stopped clock is right twice a day. Lol

I'm sure that poll will cheer the Harperites, Anon. But, as you point out, everything depends on how the poll is constructed.

Lorne, actually, if Harper were to leave now, it would all but guarantee a Conservative loss next election. History dictates as such if one recalls. Trudeau leaves; John Turner take over and then Mulroney leaves and Kim Campbell takes over. And so on... I imagine Kathleen Wynne will hit that same fate. Plus, a leadership convention a year before next election? No, I'm sure, if anything, Harper's party wants him to stay, not that that would take much arm twisting.

"The Harper government has managed to convince many Canadians that it is a "steady hand" when it comes to the economy. This, of course, is a falsehood.
The Conservatives have deployed a well-oiled communications plan using catch phrases like "we're focused on jobs, growth and long term prosperity" or branding the federal budget as the "Economic Action Plan."
The Conservatives spend tens of millions of dollars of your money each year on partisan advertising -- selling Canadians a very tall tale.
Here are actual facts you will never see in one of those Conservative "Economic Action Plan" ads this coming fall and beyond -- usually during a hockey game.
• Stephen Harper has managed to turn 10 consecutive federal budget surpluses of the Martin-Chretien era into 7 straight consecutive deficits.
• Stephen Harper has the worst record of economic growth of any Prime Minister since RB Bennett and the great depression.
• Fact: The federal debt in the fiscal year 1996-97 was $562.9-billion. By the time the Liberals left office in 2006, it was reduced to $481.5-billion • In contrast, by the year 2014-15, the Conservatives will have added $176,400,000,000 to the national debt.
• Fact: 24% of the total accumulated debt since Confederation was amassed under Stephen Harper, this just since 2008.
This is the real and true economic and fiscal record of the Harper era." -from:

This is the truth that needs to be advertised coast to coast from now until the next election like a broken record to shine the light of day on the Harper Governments fortress of lies deceit and treachery concealed under the Harper void literally a shroud of darkness that vacuums the light of day and the truth into a black hole of duplicity.

Precisely, Mogs. Dr. Goebbels said that, if the lie was big enough -- and repeated often enough -- people would believe it.

If the NDP and LPC are successful in getting Harper re-elected I will stop bothering to vote for any of the idiots and I will give up on the country altogether.

I suspect you won't be alone, Dana.