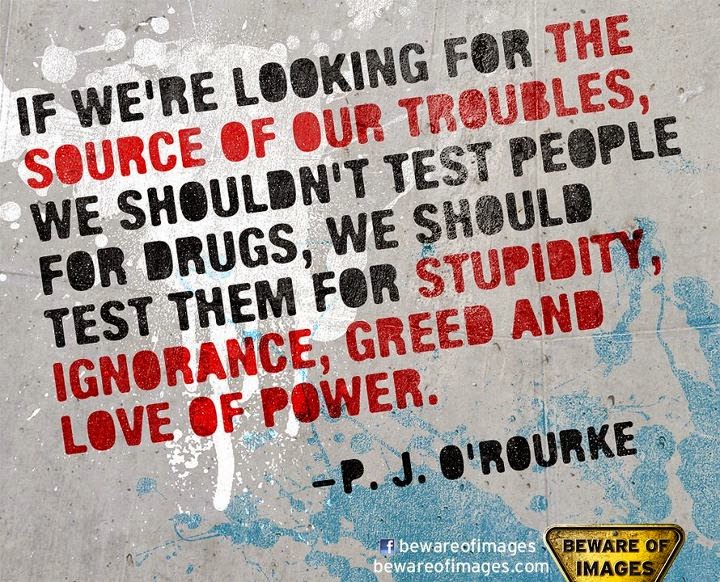 Michael Harris writes that Stephen Harper has a future -- in Arizona and several other Republican states:

In that state, voters must now present proof of citizenship before they can cast their ballots. It’s the same in Kansas. Like a lot of Republican states, Arizona claims the legislation is designed to battle massive voter fraud.

Except there has been no massive voter fraud, not in Arizona, not in Texas, not in Kansas, nowhere in the United States. The only fraud is the legislation itself, passed by nine Republican states since 2013 looking ahead to congressional elections, and ultimately to the presidential election of 2016.


It's clear from where and from whom Harper gets his inspiration. Republicans are primarily white and old -- and they are scared to death that their white picket fence America is changing. It's true that the Harperites have reached out to voters of colour. But, if they have one prime directive, it's to shut down people who don't see the world as they do -- even when the evidence is on their opponents' side.

Adam Shedletzky writes in The Tyee that the Conservatives' real opponent is reason:

They are quite literally daring opposition parties, the media and civil society to try and win this battle between rhetoric and reason. The likes of current, past and provincial chief electoral officers, the elections commissioner, the former auditor general, the former chair of the Royal Commission on Electoral Reform and Party, non-partisan civil society organizations and hundreds of respected Canadian and international academics don't scare these guys.

With reason banished from the political landscape, it's much easier to worship the gods of Ignorance and Greed.

Canada has become rotten to the core with corruption. There is no decency, honor, democracy, ethics nor morals left in this country, what-so-ever.

Harper is rabid for, power and glory. Harper wants Canada as his, Thousand Year Fourth Reich. Harper doesn't give a damn, how he reaches his vile selfish goals either. I am sick to death of, Harper's tyranny and dictatoship

If we don't get rid of Harper like yesterday, he will completely destroy this country.

There are signs, Anon, that some people are no longer willing to take orders from Harper. Let's hope that the rebellion grows.

"...shut down people who don't see the world as they do -- even when the evidence is on their opponents' side."

It has already started on my side of the country Owen. I just got a call today from a company "GMI" purporting to do a survey for "British Columbians for Prosperity." The questions all had to do with Northern Gateway Pipeline and which side you were on and why. OK but the most disturbing part was the last question, which was "If a federal election was held today who would you vote for? Harper and the CPC, Mulcair and the NDP, Trudeau and the LPC, May and the GPC, other such as an independent or haven't decided yet"

I am guessing that the push to find out who votes and for who and who does not vote or care is being started in earnest. The big oil money has vested interests in the conservative party remaining in power and if you're not likely to vote conservative you are an enemy of the oil state:

Pipelines fracking its all the same as Harper has stated you are a terrorist if you oppose economic development in Canada. Economic development in Harper's Canada means giving oil companies free reign to develop Canada's petroleum resources anyway they see fit. That is why Chuck Strahl is Harpers appointment to head up the CSIS' civilian oversight panel:

" Now it has emerged that former cabinet minister Chuck Strahl - the man appointed by Canadian prime minister Stephen Harper to head up the CSIS' civilian oversight panel, the Security Intelligence Review Committee (SIRC) - has been lobbying for Enbridge since 2011.
But that's not all. According to CBC News, only one member of Strahl's spy watchdog committee "has no ties to either the current government or the oil industry." For instance, SIRC member Denis Losier sits on the board of directors of Enbridge-subsidiary, Enbridge NB, while Yves Fortier, is a former board member of TransCanada, the company behind the proposed Keystone XL pipeline."

Harpers government has identified itself as repeatedly as representing the interests of big oil mostly in the Alberta tar sands 'dilbit'. Keystone XL will bring dilbit to Texas and Louisiana Northern Gateway will bring dilbit to Kitimat for shipment to China and Asia. The people who own the largest portion of and stand to gain the most from the development of Alberta's infamous tar sands - " ..71% [of the ownership of oilsands production was] foreign..."

And now these foreign companies take upon themselves to criminalize citizens who oppose the Harper government on the basis of opposing oil and gas development for foreigners and by foreigners, whose country is this anyways? They are preparing lists, beware, has anyone else been canvassed recently?

You can bet, Mogs, that the Koch brothers are trying to cover their tracks. They work very hard to get what they want. They also work very hard at being anonymous.

Not much doubt that the greedy and selfish are behind this gmi survey! I answered their questions truthfully - and the one regarding who I would vote for? I said 'prefer to not say'.