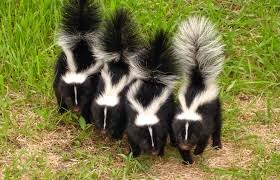 Eric Grenier writes that, the more Canadians learn about the Fair Elections Act, the less they like it:

Opposition to the Conservative government's proposed Fair Elections Act (Bill C-23) is widespread and growing, according to a new poll by Angus Reid Global.

The , conducted online from April 14-15 and surveying 1,505 Canadians, found that 59 per cent of Canadians who said they were very or fairly familiar with the proposed legislation were opposed to it, an increase of three points since Angus Reid last polled Canadians on the topic in February.

Unfortunately, there is still a significant number of Canadians who haven't bothered to look into what the Harperites are selling:

There was an important difference in support for Bill C-23 between those who knew something about it and those who said they didn't. And why not? It is called the "Fair Elections Act" after all. Whereas just 41 per cent of Canadians who said they were familiar with the proposed legislation supported it, 52 per cent who said they knew little to nothing about it were in favour.


And therein lies the rub. The government is depending on ignorance and apathy to finesse its future. But Tom Walkom warns that fixing Canadian democracy will take more than defeating the Fair Elections Act:


But the real problems of Canadian democracy are much deeper. They centre on the fact that, even without these new impediments to voting so few Canadians bother to cast ballots.

Harper’s Conservatives are right about one thing: Feel-good ads from Elections Canada won’t persuade non-voters to vote. People will vote only if they are inspired to do so, presumably by those seeking office.


And that will only happen when Canadians begin to smell a skunk in the woodpile.

In the picture I see Pierre and Steve in front and flanked by Linda but who is the fourth striped conservative there Owen?

Best picture I've seen to date of the Harpers-kun-ks aka cons. Nice work Owen you caught them in their glory!

Is that harper with the grey tail?

There are any number of candidates for number four, Mogs. Perhaps Joe Oliver?

I've had a couple of skunk encounters in my time and they were not pleasant experiences. But I respect the animal and try to keep out of its way.

However, this 'Fair Elections Act' skunk deserves to be squashed in the middle of the road.

When it comes to Harper and his litter of skunks? Don't insult the skunks. They stink far worse than the skunks do.

I can't count the times I have heard? But this is Canada and Harper can't do that. Harper is doing that because, Canada is no longer a democracy. Canadians had better change their mind sets. Democracy will no longer save us from Harper and his litter.

I knew right away that Harper was the one on the right, before I noticed the grey I knew because he is always on the far right.

But seriously I prefer real skunks over the bunch that came up with the fetid 'fair elections act'.