Putting Money Where Her Mouth Is 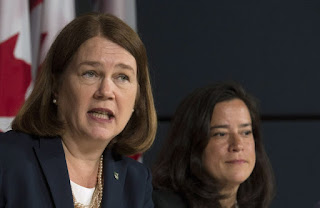 
The Canada Health Act is the federal statute governing medicare. It lists the standards provinces must meet if they are to receive money from Ottawa for health care. And it gives the federal government the right to cut transfers to any province that doesn’t meet these standards.

In particular, it imposes a duty on the federal health minister to financially penalize any province that allows physicians operating within medicare to bill patients for extra, out-of-pocket fees.

However, the federal government has only rarely penalized provinces which allowed extra billing:

Compared to the billions the federal government spent on health transfers over the period, these penalties were pittances. But they did make the point that medicare is indeed a national program.

And in every province except B.C., where the issue has morphed into a constitutional court case, the extra-billing problem was apparently resolved.

There, Dr. Brian Day has launched a court case, claiming that extra billing is a practice that is protected under the Charter of Rights and Freedoms. If the case succeeds, medicare -- as a defining Canadian institution -- will be finished. Someone has to meet the challenge head on. That task has fallen to Philpott.

But it's imperative that Justin Trudeau stand behind her by providing the money to defend medicare. Originally, medicare was a 50/50 proposition. Half of the costs were to be born by the provinces and half by the federal government. In 2013, CUPE released a report on Healthcare spending. The fifty-fifty split was ancient history. According to the report,

The "current federal government," of course, was the Harper government. When Stephen Harper headed the National Citizens Coalition he advocated dismantling medicare. These days, Dr. Day has taken Harper's place.

Minister Philpott has signalled that the line has been drawn. But, if she is to succeed, the prime minister is going to have to put money where her mouth is.

There is an additional problem that is not being addressed as well, Owen. In addition to Dr. Brian Day, who the previous premier of BC, Gordo, the greedo, took with him to Britain to "examine" the 2-tiered system of health care delivery over there. There is no question that Day has the ear of our faux Liberal provincial government. As well, at present my husband and I are paying $136.00 per month premium to the Medical Services Plan, soon to increase substantially, while at the same time contributing a portion of our income taxes to both level of governments which are supposed to be covering the federal transfers to each province for this very same program.

This monthly premium is NOT tax deductible, as it is a payment into government coffers, so it in fact is paid out of our discretionary funds after other deductions to government are made. These MSP payments, collectively, also amount to a significant revenue for the current faus Lib government, in fact, I understand they amount to more annually that we are currently receiving in royalties from our natural resources being wholesaled across the pond to China. I'm about to rebel!!

I wonder how many other BCers feel as you do, Lulymay. It appears that Dr. Day has friends in high places.

Owen Gray said, I wonder how many other BCers feel as you do, Lulymay. "

Sounds like she's running out of time and respect, Toby.