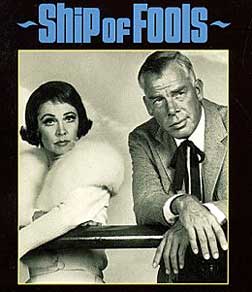 Republicans may chant "Crooked Hillary!" and "Lock Her Up!" But, E. J. Dionne writes, no one personifies the corruption at the heart of the American political system more than Donald J. Trump. And Trump acknowledges that fact:

“I was a businessman,” Trump explained at a Republican debate in August 2015. “I give to everybody. When they call, I give. And you know what? When I need something from them two years later, three years later, I call them, they are there for me. And that’s a broken system.”


Over the last week, we have been provided with a perfect example of what Trump was talking about:

Trump would have us believe that it is pure coincidence that the Trump Foundation’s $25,000 contribution to Bondi on Sept. 17, 2013, was made four days after the Orlando Sentinel reported that Bondi’s office was considering joining a class-action lawsuit against Trump University. It was brought by customers who felt victimized by what sure looks in retrospect like a shameless rip-off operation. Weeks later, Bondi announced that Florida would not join the lawsuit after all.

Yes, when Trump needs something, he gets it.


And there's more to the story:

The Donald’s affections did not stop there. The Huffington Post revealed Tuesday that Trump also hosted a fundraiser for Bondi in March 2014 at his Mar-a-Lago resort. The invitation listed Trump and Rudy Giuliani as “special guests.”

However much he respects Bondi, Trump (or his minions) miraculously misreported the improper donation to her. As David Fahrenthold recounted in The Washington Post, Trump paid a $2,500 penalty because nonprofit, tax-exempt foundations are barred by law from making campaign contributions.

The foundation not only didn’t mention the political gift in its tax filings. It made, Fahrenthold wrote, “a false listing, showing that the foundation had instead given [a] $25,000 gift to a Kansas nonprofit with a name similar to Bondi’s political group. That gift did not exist. Trump had given nothing to the Kansas group.”

And on Wednesday, Citizens for Responsibility and Ethics in Washington, a watchdog organization, filed a complaint asking the IRS to reopen the case because Trump may have violated a separate tax rule against “self-dealing” by nonprofits.


It's that kind of behaviour which Trump's supporters say they hate. And that's why, they say, they'd never vote for Clinton.

Trump is the captain on a ship of fools.

There is gambling going on at the Casino? The US supreme court has just legalized corruption so its really a lifestyle choice now. Trump and Hillary are both (removed for legal reasons). I pick the Trump poison because it will be a shock to the system that might just restart the heart. The Hillary brew will be 8 more years of reality distortion, likely some very bad wars, and a lock for globalization. If Trump wins in four years an American version of JT is likely to be the next president. If Hilary wins in eight years you have Ted Cruz.

If Trump wins, it will be much more than a shock to the system, Steve.

Trump understands "transactional democracy" very well, Owen. He would have fared quite well in any number of countries, places we usually consider banana republics. Cinder blocks, mortar - time we built us a wall.

As Kirby Evans has noted, Mound, he's this century's version of Elmer Gantry.

Any government which exists for the sole purpose of making deals is unsustainable, Steve.