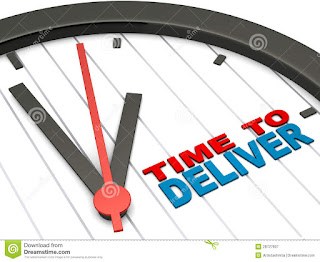 The clock is ticking on Justin Trudeau. Michael Harris writes that, all indications to the contrary, it's beginning to look like the Harper government never left:

On several fronts, Trudeau’s cabinet has behaved with an all-too-familiar sense of entitlement. After two years of torture for Sen. Mike Duffy on his public spending, there shouldn’t be any confusion in the mind of any federal cabinet minister, or their staff, on the expenses issue. But there has been.

Big bills for limo rides (Health minister Jane Philpott), billing their departments for expenses related to partisan events (Justice minister Judy Wilson-Raybould), and $6,600 for photographs (Environment minister Catherine McKenna). There has even been a resignation from cabinet, the details of which were covered up with a furtiveness worthy of the Harper thought police.


Instead of resetting the relationship with Canada's native peoples, it appears that the story line hasn't changed:

Instead of acknowledging aboriginal rights, Trudeau has allied himself on the infamous Site C dam project with one of the most unpopular politicians in the land, B.C. premier Christy Clark. He granted federal permits to allow BC Hydro to flood 83 kilometres of the Peace River Valley, a highly controversial project opposed by Treaty 8 Indian bands, farmland advocates, and Amnesty International.

Worse, Trudeau has done this while Indigenous Peoples are arguing against Site C in the courts. Until the courts decide whether the West Moberly and Prophet River First Nations gave their “free, prior, and informed consent” to the project, no one knows if this decision by two levels of government is even constitutional.

The Trudeau government has denounced any Canadian who agrees with the Boycott, Divest and Sanction strategy proposed by many people around the world to force Israel to end its illegal occupation of Palestinian lands and return to the negotiating table.

Global Affairs minister Stephane Dion has mimicked the foreign policy of the previous government in Ukraine, where the main thrust seems to be to provoke the Russians.

Most disturbing of all, the Trudeau government proceeded with the Harper government’s immoral arms sales to Saudi Arabia, granting export licenses to make the delivery of Canadian-made armoured vehicles to that country possible.


Trudeau promised real change. It's time to deliver or get off the pot.

Email ThisBlogThis!Share to TwitterShare to FacebookShare to Pinterest
Labels: Time For Real Change

JT kinda has it backwards, traditionally you do the tough stuff up front and then kiss butt.

The time has come, Steve, for the rubber to hit the road.

Trudeauand crew really make me wonder who is running the country because they aren't. Any thoughts on who does call the shots?

Ir's been pretty clear for a long time that the financial class -- broadly defined -- calls the shots, Toby.

Trudeau's shortcomings have received a great deal of attention today - iPolitics, The Star, the Globe, even the Guardian. As Harris writes, it's "back to Bullshit City." Notice how so many Liberals who so freely and vociferously condemned Harper during the Tory decade of despair have completely lost their voices lately?

The first reaction to disappointment is silence, Mound. The second is anger.

And then there's this relatively current commentary from David Dayen on 29 Aug 16:

"Wealthy financiers with idle cash have purchased companies that are well placed to bring an ISDS claim, seemingly for the sole purpose of using that claim to make a buck. Sometimes, they set up shell corporations to create the plaintiffs to bring ISDS cases. And some hedge funds and private equity firms bankroll ISDS cases as third parties."

Well, I'll say! It's about time. That's where I'm going to invest! I don't want to make things; I want to make money.

A lot more has been discussed about this innovative emerging investment model going back over the last couple of years. Let's start putting some feet to the fire by taking a harder look at the shills in politics, the media and academia who've been marketing this crap more or less on the sole basis of its inevitability, both in the past and presently, before the prophecy fulfils itself.

For some reason, John, there's an ever expanding market for snake oil.

If I was English I would have voted for Brexit. Similarly, if I could I would vote to extract Canada from every trade deal since Brian Mulroney signed the first Free Trade deal. I would do so because of ISDS. This isn't just the usual political/corporate graft, this is giving our sovereignty away.

Watching our smiling PM avoid all the big issues I have a strong suspicion that ISDS has our government completely boxed in. We can never again be an independent country.

Perhaps Justin could take a lesson from the Europeans, Toby. They don't appear to feel boxed in.

Owen Gray said, "Perhaps Justin could take a lesson from the Europeans, Toby."

There has been quite a bit of opposition to ISDS in Europe, especially France but I don't think Trudeau is listening. He certainly doesn't listen to me.