When It Becomes A Headwind 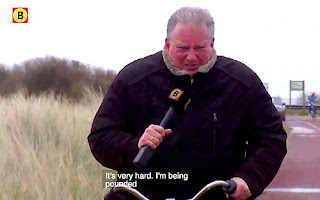 The Liberals' Achilles heal -- a sense of entitlement -- is once again becoming the subject of public discussion. Stephen Maher writes:

The latest nugget the Tory researchers have dug up was revealed Tuesday during question period, when Conservative MP Blaine Calkins repeatedly asked the Liberals to explain $1.1 million in moving expenses for political staffers, including one payment of $126,000 to an unnamed staffer in the prime minister’s office.

The Conservatives, brimming with righteous indignation, applauded Calkins as he accused the Liberals of lining their own pockets with these mysteriously large payments, and mockingly applauded Liberal House Leader Bardish Chagger when she responded with boilerplate about how “Canadians expect public resources to be used responsibly and economically.”


The Liberals have a reputation when it comes to this kind of waste. It's toxic and it brought down their last government:

The Liberals have a brand problem with this stuff. At the end of the Paul Martin era, the government seemed to spend half its time either defending Liberals who had pocketed excessive amounts while following the rules, or prosecuting others who had pocketed excessive amounts while not following the rules. This led to a lot of nasty in-fighting within the party as people in the second category lawyered up and tried to find ways of damaging people in the first category.

At the moment, Justin Trudeau is riding high in the polls. He may be tempted to brush this kind of stuff aside. But he would do well to remember the fate of former Liberals premiers Jean Charest and Dalton McGunity -- and present premier Kathleen Wynne.

All of them can testify to just how quickly the wind at your back can become a headwind.

Part of the myth the Libs have to live with. Life costs, Trump spends more in a day than the Libs will in a decade.

Quite true, Steve. But, if the public comes to believe they serve themselves first, they'll be in trouble.

What a picayune teapot.

Anyone you know tried to move across provincial lines in the past few years?

The moving industry is a racket. If you don't pay top dollar, and I don't mean just a few thousand, you might wait as long as 10 or 12 weeks (some have been much, much longer) and some of your goods might arrive broken or not arrive at all.

Last year about this time it took my mother's scant possessions over 6 weeks to come from Regina to Surrey, BC. Then it cost almost $2000.00 more than quoted and nothing would come off the truck until the cheque was in the hands of the people who had the truck - who were not even representatives of the company we had contracted with.

I expect we'll see more itty bitty shitty inconsequential tempests like this as the media tries to help the Harperites stir the pot in hopes of boiling off the stench of the Harper years.

Lets not forget the piss yellow front pages we were confronted with on election day morning last fall. Very, very few journos and only one newspaper are to be considered as truly non-partisan.

Your mother's story is illuminating, Dana. I'm out of touch. The last time we moved was thirty years ago.

Dana's account is all too common. However moving companies have a long history of milking the federal government and getting away with it. My late father-in-law was an assistant deputy minister when he retired. He chose to leave Ottawa to relocate to Vancouver for retirement. The appropriate officials summoned the movers.

When the truck arrived in Vancouver he found the movers had shifted everything including the firewood, each log bearing its own numbered sticker. No one even asked if it was to be moved, which it wasn't. They took it, labelled it, weighed it and sent the bill to Ottawa. That became what must have been the most costly cord of firewood in Canada.

Sounds like there's big money in moving everything -- and anything, Mound.