The Voices Who Keep Us Honest 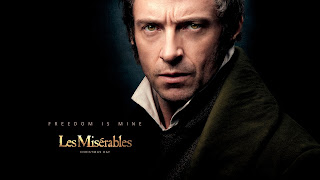 A week ago, Chris Hedges delivered a speech before the American Political Science Association. Hedges has always been an astute observer of the times in which we live. The speech is short and it should be read in its entirety. But a few passages bear repeating.

It's very hard to be a public intellectual today. Our social structures seek to crush such people:

We are a society awash in skillfully manufactured lies. Solitude that makes thought possible—a removal from the electronic cacophony that besieges us—is harder and harder to find. We have severed ourselves from a print-based culture. We are unable to grapple with the nuances and complexity of ideas. We have traded ideas for fabricated clichés. We speak in the hollow language we are given by our corporate masters. Reality, presented to us as image, is unexamined and therefore false. We are culturally illiterate. And because of our cultural illiteracy we are easily manipulated and controlled.


There are many writers from the past who provide models for modern intellectuals:

The great writers—Marcel Proust, Anton Chekhov, Hannah Arendt, Simone Weil, Max Weber, Samuel Beckett, George Orwell, W.E.B. Du Bois, James Baldwin and others—knew that thought is subversive. They challenged and critiqued the dominant narrative, assumptions and structures that buttress power. They freed us. They did not cater to the latest fashion of the academy or popular culture. They did not seek adulation. They did not build pathetic monuments to themselves. They elucidated difficult and hard truths. They served humanity. They lifted up voices the power elites seek to discredit, marginalize or crush.


But Hedges always returns to one writer -- the late Sheldon Wolin:

Sheldon Wolin was a writer of this stature. He gave us the words and the ideas to understand our corporate despotism—what he called “inverted totalitarianism.” He did so by battling the dominant trend within university political science departments that, as he lamented, has seen them become de facto social science departments “addicted” to quantitative projects, chasing after an unachievable scientific clarity and refusing to take a stand or examine the major issues facing the wider society.
This quantitative gathering of “value-free” facts may get you tenure. It may get you invited as a courtier into the machinery of power—indeed, academic writing too often serves the ends of power.

But these pursuits, as Wolin reminded us, are intellectual treason. Wolin was not afraid to ask the huge, esoteric, uncomfortable and often unanswerable questions that make the life of the mind and political thought vital and important. He called out corporate power for its destruction of our capitalist democracy. He railed against the commodification of the individual and the ecosystem. He unmasked the mechanisms of manipulation. He denounced our corporate coup d’état. He upheld the integrity of the scholar. And he was often alone.


The good news, said Hedges, is that dead intellectuals speak to our own rimes as well as they spoke to their own -- and even in the most dreadful of places.

I taught his “Politics and Vision” last spring in a maximum-security prison in Rahway, N.J., to students earning their B.A. degrees. Intellectuals in our society who are poor, especially those of color, are trapped in environments and schools, and too often prisons, that make learning difficult and often impossible.

In prison these intellectuals, struggling against odds that most in this hall cannot imagine, convert their cells into libraries. My class was consumed by “Politics and Vision”—Machiavelli’s advocacy of “calculated violence” and call for the power elites to be skillful pretenders and dissemblers; Locke’s ability to convert property into an instrument for coercing citizens into political obedience; Weber’s understanding that the modern hero, unlike the classical hero battling fortuna, had to struggle against a bloodless, faceless system “where contingency has been routed by bureaucratized procedures” and where “even charisma has been bureaucratized.” The ideological mantra of corporate oppression—sine ira et studio, without scorn or bias—is, as Weber knew, a weapon to crush those with the passion, outrage, courage and vision to effect change. Wolin warned in the book that “each individual bore the awful responsibility for choice at this ultimate level but each was denied anything like the scientist’s sense of certainty.” He quoted Weber, whom he loved: “The ultimate possible attitudes towards life are irreconcilable and hence their struggle can never be brought to a final conclusion.”

This course expanded, at the requests of my students, from the required 12 class meetings to 24 and then 36. As they sat in a circle in the prison classroom week after week hunched over the text, my students began to discern that Wolin had another quality besides brilliance. He cared. And he cared about them. They were his demos. When we finished Marx, the class fell silent. One of my students then lamented that they had been waiting all semester for Marx and now it was over. I promised that once we had completed the book I would give a final lecture on Marx. By then you could feel Wolin’s presence in the classroom.


Hedges believes that great writers are never irrelevant. They speak to the Jean Valjeans of all times and places. They are the voices who keep us honest.

I had coffee with a retired colleague yesterday, Owen, and we were talking about education. I opined that the purpose of contemporary education is to foster people who can solve problems, not people who can think critically. I told him I had nothing concrete to base that on other than my belief that the corporate imperatives that dominate today do not want those who can question the status quo. Your post gives me something more concrete to draw upon for evidence. Thank you. I shall send him at link.

The classic justification for a "liberal education" used to be learning how to think, Lorne. In the wake of neo-liberalism, students are taught how to consume -- supposedly wisely.

HK Mencken nothing new, except no one hears him because he is dead. People have a problem speaking with the dead, thus our morality is everymore suspect.

There are still folks who return to Mencken frequently, Steve. Unfortunately, you won't find them in the main stream media.

In a not dis-similar vein may I recommend:

A superb piece, Dana. Thanks for the link:

The leading lights of the Frankfurt School, Adorno and Horkheimer, never lived to develop social media profiles, but they would have seen much of what the internet offers as confirmation of their view that the culture industry allows the “freedom to choose what is always the same”. “Culture appears more monolithic than ever, with a few gigantic corporations – Google, Apple, Facebook, Amazon – presiding over unprecedented monopolies,” argues Ross. “Internet discourse has become tighter, more coercive.”

Something to think about -- a lot.