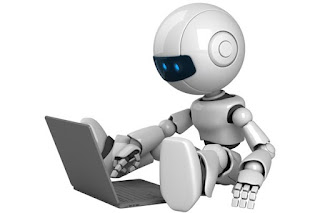 In the last couple of years, Britain, France and the United States have experienced cyber meddling in their elections. Yet in Canada, Tim Harper writes, "there is a puzzling, laissez-faire approach from our governments, which seem to find comfort in studies that show the remnants of the mainstream media hold greater levels of trust here than their peers in other countries."

There is much we can learn about how to counter what's been going on. Europe has given us some remedies:

All major parties in Germany agreed before last year’s parliamentary elections there that they would not use social media bots and would strongly condemn their use.

They also passed a law providing penalties of up to $60 million for social networking providers who did not quickly take down defamatory or fake news reports.

Further, German social media users shared links to professional news sources over junk news sources by a ratio of 4:1, a much higher rate than the researchers found in the U.S. or U.K. elections.


Bots do have their uses:

Indeed, banning them may be going too far because not all bots are evil. Parties can use bots to amplify policy announcements, for example.


But we're fools if we believe they should not be regulated. The manipulators are everywhere. And they think we're stupid.

Email ThisBlogThis!Share to TwitterShare to FacebookShare to Pinterest
Labels: Cyber Meddling In Elections

Try each of the lists. You will love the worst spammer.

I like that "$60 million for social networking providers". Has that been enforced?


Now the bad guys are learning how to circumvent those social network hubs, choke points, to get directly to the targeted individual with messaging tailored to that person's fears and biases. What kind of Big Brother state would it require to oversee all of our communications in order to protect us from this sort of individual targeting? There's your double bind.

I can't answer your question, Toby. But I do appreciate the chart.

I suspect the ideal solution is an educated citizenry, Mound. I know, I know -- I sound like a teacher.

The CBC announced a new data collecting service todAy that asks viewers to inform the m of social media messaging that the listener believes is false or wants verification of fact or sources. In other words checking the facts. They obvious of heard about the EU initiative. Of course their prime listener base is over sixty (based on their advertsers��) so it might not have that far reaching affect.

The young are heavily into social media, ffbs. Let's hope they have developed what the late Neil Postman called good "crap detectors."

ffibs - got a link at CBC for that service? I can't find anything even remotely close to your description.

I'd like to ask whether they knowingly and willingly publish incomplete, half-true and self-serving government bullshit or not.