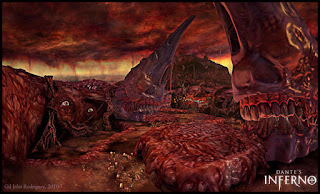 Syria, Tom Walkom writes, has become the most dangerous place on  earth. It is now the centre of several intersecting rivalries. Consider what has happened since the war began seven years ago:

The Syrian conflict began seven years ago as a popular rebellion against a dictatorial regime. It soon became a civil war with religious overtones before morphing into a series of proxy wars.

Saudi Arabia and its allies funded Sunni militias (some of them terrorist) fighting Assad. The U.S. tried, with little success, to find moderate rebel groups that it could arm and fund.

Kurdish militias in Syria made deals — first with Assad and later with the U.S. — designed to help them eventually carve out an independent state.

Turkey funded and armed its own militias, in part to maintain influence in a country that historically was part of its empire, in part to counter the Kurds.

Iran and its Lebanese proxy Hezbollah intervened on Assad’s side to protect their Shiite co-religionists from the Sunni militias and to expand Tehran’s influence in the region.

It would be wise for the leader of any country to think carefully before entering such an inferno. But wisdom is not Donald Trump's strong suite. That's why Secretary of Defence James Mattis --  with help from Britain and France -- ordered a very limited and surgical strike last week. In the end, the strike will change nothing. But it will allow some people to salve their consciences. They will tell themselves that they did something.

One really concrete step would be for the international community to stop selling arms to the various factions. Those war wagons we sold to Saudi Arabia sent the wrong message.

Email ThisBlogThis!Share to TwitterShare to FacebookShare to Pinterest
Labels: The Syrian Crisis

You left out Saudi Arabia who want to rid the peninsula of Shiites. They have used Israeli money to buy American arms to supply ISIS militias fighting the Syrian government.

You left out Israel who finance ISIL by buying Syrian oil stolen and transhiped through Turkey. Israel wants to annex the Golan Heights and Turkey wants to annex Kurdish provinces in Northern Syria.

You left out the US who have provided ISIS with intelligence to destroy Syria.

You left out Russia who has a Naval base in Syria. Russia has pretty well defeated the US backed ISIS militias in Syria.

You left out Iran who does not want to see a Shia genocide.

Years ago, western countries wanting to break Syria up backed a small armed rebellion hoping for a military coup and toys for the boys. The majority of the Syrian population as well as the military stayed loyal leading to the 9 year mess to which you allude.

Maybe we should have just left them alone.

What Walkom describes is what the war studies types at King's College label "new war." Another name for it is "perma-war" or "long war." We see so much of this in the Muslim world largely because of the manner in which France and Britain carved up the region for their own convenience with scant regard for ethnic, tribal or religious realities after the fall of the Ottomans post-WWI. By corralling disparate groups in this way they bred generations of tensions, distrust and rivalry that were often accompanied by persecution, even slaughter. The WWI victors all but ruled out any prospect for lasting peace in these jury-rigged "nations."

When conflicts erupt, usually between two parties, they quickly spread into all the fault lines so that you can wind up with a melange of state actors, quasi-state actors (militias), and a gaggle of non-state actors - rebels, insurgents, terrorists and ordinary criminal organizations - each taking advantage of the instability and chaos to pursue opportunities and longer-term objectives. Alliances based on mutual advantage, even convenience, can be forged and just as readily broken as conditions change. Wars can vary enormously in intensity in a series of peaks and troughs. There's no real "front" where conflicts can be lost and won. A conflict that seems to conclude in one place can become a fresh conflict somewhere else. This lack of a defined battlefield ensures that the loss and suffering spreads uncontrollably through all the strata of such a divided society.

Prior to the Bush/Cheney razing of Iraq, State Department wonk, Peter Galbraith (another son of John Kenneth Galbraith), worked with Iraq's northern Kurds assisting them in their goal of eventual independence. Galbraith even drafted a Kurdish constitution that post-Saddam was force fed to the Shiite government in Baghdad and incorporated into the Iraqi constitution. In his book, "How Iraq Ends," Galbraith outlined what he thought was the only way to restore lasting peace to Iraq: break it up. A Shiite state in the south, bordering Iran. A Sunni Arab state in the middle bordering the majority Sunni Syria and a norther Kurdish state bordering the Kurdish regions of Syria. Essentially he wanted to take a blackboard eraser to the Sykes-Picot fiasco, something eminently sensible yet contrary to the UN post-WWII orthodoxy about immutable national borders.

Today we're prepared to fight to the last Muslim before we'll allow these disparate but clearly definable groups to reform in their historical homelands. Welcome to War Without End.

Your last sentence hits the nail on the head, rumley. It's wise to leave some situations alone.

Syria is the most current example, Mound, of George Santayana's axiom that those who refuse to learn from history are doomed to repeat it.

Some people just don't know how to do civil war. It's got to be kept simple with just two sides, such as the Blues and the Grays.

And even then, John, it can go on for years with tremendous loss of life.