The Law And Wisdom 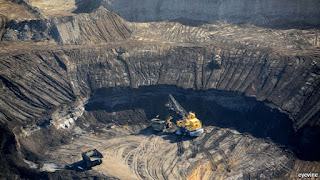 Tom Walkom writes that, when it comes to the Trans Mountain pipeline, the Trudeau government has the law and the constitution on its side:

The proposed Trans Mountain heavy-oil pipeline from Alberta to the Pacific coast has law, economics and the Constitution on its side.

It has been approved by the National Energy Board and okayed by the federal government which, under the constitution, has the ultimate authority in such matters.

First Nations along the right of way may not all agree. But they have been consulted, which is all that the law demands.

The project would boost Alberta’s economy and, by opening up new energy markets in Asia, reduce Canada’s unhealthy reliance on the U.S.

Barring one thing, it is a no-brainer.


But that one thing is the planet:

While the oilsands accounted for just under 10 per cent of Canada’s greenhouse gases in 2014, they are the fastest growing source of carbon emissions in the country.

In climate terms, the most sensible course of action would be to gradually shut the oilsands down. Thanks to the growth of cheaper forms of energy, they are already headed in that direction. It wouldn’t take much of a nudge to finish the job.


Economically, the Tar Sands' days are numbered. When oil was selling for $100 a barrel goo from northern Alberta was pulling in a healthy profit. The break even point for a barrel of bitumen was somewhere in the $70 range. But nobody is making any money when oil is selling for $65 a barrel. And, with new green sources of energy coming on line, that price will go down. That's why -- with an eye to the future -- Royal Dutch Shell sold off its Tar Sands operations several years ago.

Wisdom -- with an eye to the future -- would shut down the pipeline. But the law could keep it going. Sometimes, the law and wisdom are on opposing sides of the argument.

.. dilbit .. or fracking .. take your pick
You're my last pick to lecture on this.. or Mound & Lorne et al
We still have exemplars in this country.. and we also have partisan politcal fruitcakes.. and worse, we have entrenched foreign owned Big Energy being subsidized by taxpayers.. (including you and me) and we also have Andrew Scheer and Jason Kenney howling about.. well uh.. everything.

But to try and be succinct
(with a mean streak)
here it comes..

The buffalo will never roam the tar sands
The corporations will transfer moribund tailings ponds
into dummy shell corporations..
(translation - they will walk away from remediation
remediation is not profitable
it is essentially unachievable.. at any cost)

Fracking will extirpate species and 'our' inland waters
(please note the 'our' .. which includes First Nations)

That's in 'the National Interest' says a current PM
and by stripping enviromental legislation
a previous PM set the table and the menu..

get the pipline dude.. off to Texas gulf coast or Asia
some fringe royalties and TFW's (temporary foreign workers)
oh so wonderful..

So why did we bother with
domestic home grown teachers
in our education system..
when Philippino nannies driving our Lincoln Navigators
talking and texting on cel phones
or Russian brides would suffice

Its all about 'the economy.. right?)

That's the argument, Sal: It's all about the economy. And it simply doesn't make economic sense.

Whatever he does, Owen, there is little doubt that Trudeau is going to soon find out that his press, which he ardently believes, is going to offer little cover as he shows his true face to Canadians.

Trudeau is very good at spin, Lorne. He has a hard time when he's confronted by facts.


I think Walkom overstates Ottawa's case, Owen. This situation is not nearly as simple as he depicts. Yes, Ottawa does have a Constitutional supremacy on the pipeline generally but that doesn't extinguish provincial jurisdiction of some aspects of it. Ottawa and Notley would have us believe otherwise.

A government exercising its jurisdiction is also subject to judicial review. Administrative law holds that a government must exercise its jurisdiction in accordance with a host of democratic principles. One that comes to mind is the audi alteram partem rule, the duty to hear both sides, and other rules of fundamental fairness. Likewise a government cannot use a jurisdictional power to go beyond the limits of that power, to springboard to something else. The exercise of governmental power is also constrained by the Charter of Rights and Freedoms, something Harper repeatedly discovered.

So Walkom's bare assertion is misleading, unduly simplistic. Democracies don't have that sort of absolute power, at least not for long before they morph into something else that we all would regret. Walkom likewise demonstrates a naive grasp of First Nations consultation. He doesn't get it.

When a government exceeds the limits of or otherwise abuses its jurisdiction, its decisions may be struck down as ultra vires. I've been mulling over whether the Trudeau government's pipeline decisions might be subject to challenge on the "precautionary principle." Now that both the Federal Court of Canada and the Supreme Court of Canada have upheld the precautionary principle as a norm of the substantive law of our country, I think the federal government can be challenged for having failed to meet this requirement.

That oil spills are manifestly hazardous to coastal environments is clear from Prince William Sound, Alaska, where, a quarter century later, a conventional crude oil spill from the Exxon Valdez still wreaks havoc on the marine environment. That wasn't dilbit, merely crude oil. Res ipsa loquitor, the thing speaks for itself. That incident alone, even without all the other examples, places on Trudeau's government a weighty onus to show that the Kinder-Morgan pipeline/supertanker initiative is safe.

To force this through in breach of the precautionary principle is a wanton excess of Trudeau's Constitutional jurisdiction. It is ultra vires. And when, as here, the government abuses its jurisdiction, when it flouts the law, the citizenry has a right, some would say a duty, to resort to civil disobedience.

Given recent Supreme Court rulings which have recognized First Nations claims, it's possible that the court would insist that the government air on the side of caution, Mound. Perhaps the law would recognize the wisdom of common sense.

Owen, apropos of my previous comment I think it's helpful to read this post on DeSmogBlog in which Emily Gilchrist interviews a veteran constitutional law expert, Jack Woodward, who, as a young lawyer in Ottawa in 1981 was charged with drafting a constitutional provision negotiated by Pierre Trudeau and Ed Broadbent to recognize aboriginal rights. It was 37 years ago that Woodward crafted the provision that operates as the foundation to today's First Nations' rights.

Woodward explains, as I so ineloquently expressed, how Trudeau and Notley are blowing smoke up Canadians' backsides with this idea that they have some constitutional power to compel B.C. to submit to their will. That's why they're trying to browbeat Horgan. They know they'll likely fail if they take Horgan up on his invitation to litigate the point.

In other words, Trudeau is once again hurling bald-faced lies at the Canadian people. He's not the sharpest knife in the drawer by any means but he has some very intelligent aides and handlers and they must have fed him these talking points.

Thanks for the link, Mound. It's an excellent resource. It seems that a lot of Canadians -- including both the previous and the present prime ministers -- don't understand how repatriating the constitution changed how this country works.