Ontario And The Rest Of Canada 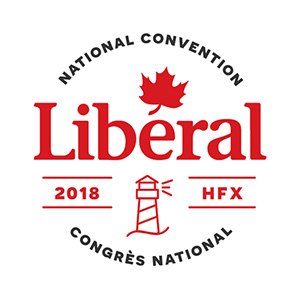 The Liberals held a convention in Halifax this week. Policy ideas -- like legalizing sex work -- were discussed. But, Susan Delacourt writes, if you want to know what policies the Liberals are considering for the next election, look to the Ontario election on June 7th:

Basic income and pharmacare were big topics on Parliament Hill this week, not because the Halifax convention is looming, but because those ideas are being tested right now by Premier Kathleen Wynne’s government at Queen’s Park.

The parliamentary budget officer issued his price tag for an Ontario-style basic income all over Canada ($76 billion a year) on Tuesday. The next day, the Commons health committee issued its report on a national pharmacare program (also potentially expensive).

In a matter of weeks, all of Ontario will be plunged into a provincial election in which these pharmacare, basic income and other big policy ideas are going to be an important part of the debate. You can bet that the Ontario election will be a far bigger topic of conversation in the corridors at Halifax than the resolutions on the convention floor.

Chances are, the prime minister and his fellow Liberals are very keen to see how their provincial cousins, and their ideas, are going to fare in the coming Ontario election.


So what happens in  Ontario will find its way onto the national stage. And things are already turning nasty here.

Something to think about.

Image: Liberal Party of Canada
Posted by Owen Gray at 8:59 am

Basic income and pharmacare are excellent policy ideas. The question is whether either Wynne's or Trudeau's Libs can be trusted to implement them. Are the Libs serious about these, or are they simply enticing voters on the left with promises that will quickly be abandoned after the election, like reduced auto insurance rates (ON) and election reform (fed)?

Good questions, Cap. On the other hand, if Ford's PC's are elected, you can bet these policies won't be implemented. Under Ford, "Progressive Conservative" has become an oxymoron.

That's true, Owen. But despite the efforts of the media, Cons and Libs to pretend that we have a US-style duopoly, there are more than two viable parties in these races.

Quite true, Cap. Perhaps a Liberal NDP coalition is the best insurance that those polices will be implemented. It's all about voting strategically.

This is exactly it, great ideas, but who do you trust to put them into effect.

The Liberals are out of it in Ontario now. if you don't want Doug Ford as Premier vote NDP.

Like everything else in my body, my brain is aging.