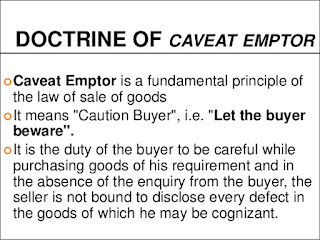 The Toronto Star editorializes this morning on the subject of change:

Newness is exciting. Improvement always beckons. The grass, as someone who understood human yearning once noted, usually seems greener elsewhere.


But then the paper turns its sights on Doug Ford:

What are the odds, though, that should a realtor suggest a house a few kilometres away but refuse to show it to us, or if an auto dealer brought a new car to the curb but draped in a tarpaulin, we’d make these changes sight unseen?

For as much as we aspire to do better or have more, we instinctively know that not all change is for the good. Some is. Some isn’t. The details don’t just matter. They make or break the deal.

Which makes it curious why, as consumers of a different product — as voters — we are so easily smitten by campaigning politicians who assure us that not only is it time for change, but that they, by some cosmic authority that conveniently demands no particulars, are the agent of that change.

It’s a tactic on which no political side holds a monopoly. Little is more unchanging, actually, in the 21st century than promises of change from campaigning politicians.


The problem is that the changes Ford promises are vague:


Ontarians have had a year to see how the purchase Americans made fifteen months ago is working out. As the Star suggests, voters in this province should be guided by that time worn axiom: caveat emptor.


Image: SlideShare
Posted by Owen Gray at 9:00 am

That Doug Ford is being touted as the premier-in-waiting makes one wonder how much we have really evolved over the time we've been on earth, Owen.

I agree, Lorne. As Gertrude Stein once said of Oakland, California, "There's no 'there' there.


C'mon, you two. Doug Ford is the poster boy for this Age of Chaos. Loopy is in. A lot of voters like the taste of it, especially if it's seasoned with a good serving of scapegoats.

Ignorance isn't bliss, Mound. But, these days, it can get you elected.

Doug is right. It's about time that somebody decided to drive efficiencies. What better way than by sharing synergies? Why didn't anyone ever think of this before? And best practices. Wow!

I'm impressed. I can't wait until he gets past the jacket blurb on his new primer. Hopefully, they won't think it would a bit too much to read him anything past the table of contents before the election.

Not being able to read seems to no longer be an impediment to holding public office, John.