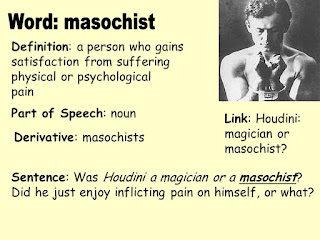 Things are coming apart in the United States. That's been happening for quite awhile. Paul Krugman writes:

This isn’t a new story, or just about politics. Things have been falling apart on multiple fronts since the 1970s: Political polarization has marched side by side with economic polarization, as income inequality has soared.

And both political and economic polarization have a strong geographic dimension. On the economic side, some parts of America, mainly big coastal cities, have been getting much richer, but other parts have been left behind. On the political side, the thriving regions by and large voted for Hillary Clinton, while the lagging regions voted for Donald Trump.


If you look at the differences between Trump Country and Hillary country, you will be struck by the difference in jobs -- and the training required to get them:

For the most part I’m in agreement with Berkeley’s Enrico Moretti, whose 2012 book, “The New Geography of Jobs,” is must reading for anyone trying to understand the state of America. Moretti argues that structural changes in the economy have favored industries that employ highly educated workers — and that these industries do best in locations where there are already a lot of these workers. As a result, these regions are experiencing a virtuous circle of growth: Their knowledge-intensive industries prosper, drawing in even more educated workers, which reinforces their advantage.

And at the same time, regions that started with a poorly educated work force are in a downward spiral, both because they’re stuck with the wrong industries and because they’re experiencing what amounts to a brain drain.


This phenomenon is exacerbated by the politics of stupidity:

That new paper [by Austin, Glaeser and Summers] makes the case for a national policy of aiding lagging regions. But we already have programs that would aid these regions — but which they won’t accept. Many of the states that have refused to expand Medicaid, even though the federal government would foot the great bulk of the bill — and would create jobs in the process — are also among America’s poorest.

Or consider how some states, like Kansas and Oklahoma — both of which were relatively affluent in the 1970s, but have now fallen far behind — have gone in for radical tax cuts, and ended up savaging their education systems. External forces have put them in a hole, but they’re digging it deeper.


Trump's recent tax bill and his other planned "improvements" are only making things worse. His supporters are masochists -- but they don't seem to know that.

Image: Slide Player
Posted by Owen Gray at 9:32 am

Email ThisBlogThis!Share to TwitterShare to FacebookShare to Pinterest
Labels: Life In Trumpland


It's an "everyday low taxes" world now, Owen. We have the contagion in Canada as well only the US has a far more advanced, even terminal case. I believe it was Louisiana which is near the bottom in public education that had a ballot initiative to lower taxes by paring educational spending. Of course it passed.

Chuck Thompson, in his book "Better Off Without 'Em, discusses how, in the south, school segregation is perpetuated to this day. Whites and Blacks, it seems, attend their own mega-churches. These churches, or the more prosperous ones, also operate schools for their congregations. White kids go to white church operated schools. Black kids, from generally less affluent families, go to public schools that are effectively black. When the ballot initiative comes up it passes because the cuts will mainly hit black students anyway. And so the South shall rise again.

"The Spirit Level" written by two British epidemiologists, Wilkinson and Pickett, also analyze the Red State/Blue State divide on the basis of inequality and all the social outcomes that determines: longevity, criminality, age of motherhood and the rate of unwed mothers, education levels, poverty, obesity, you name it. And, as expected, the fiercely conservative, supposedly most religious, Red States far markedly worse than the better educated, more secular and more equal Blue States that also provide the most revenues to the federal government that then passes the money along to the needy Red States.

Yet, more often than not, Red State voters reliably vote against their own self-interests that seems about as logical as lemmings running off some cliff edge to their doom.

It would be wonderful to believe that, one day, all of this reality would provide an epiphany to these Red State voters but, given how consistently they act against their own self-interest, there's no reason for much confidence they'll change.

For me, Mound, the last couple of years have reminded me how some things haven't changed. When I was learning how to teach in the public schools of North Carolina, segrgation was alive and well. I taught in the oldest -- and whitest -- high school in Greensboro, North Carolina. We had 2200 students -- only 48 of them were black. On the other side of town, there was another high school with 1600 students. There wasn't a white face among them.

They had started to bus students to different schools. They had also started to send teachers to different schools for professional devevlopment. I'll never forget the day one of the faculty from my school returned to the staff cafeteria to tell us that he had spent the morning at the all black school "learning how to be a nigger."

The issue with complaining that these kinds of people are “voting against their own self- interest”, is that it misconstrues just what interests they are voting on. Sure, their overall quality of life would probably be better if they voted for the more liberal candidates, but they would also have to deal with those currently on the downslope of the food chain being brought up to their level. Even in areas where things are bad, and maybe particularly in such places, being “white” provides one with better social outcomes and status than their neighbours of colour. They might decry “identity politics” and “white privilege”, but the first is projection. They vote for the white, Christian identity over everyone else, and they do so because they are terrified they might lose the latter privilege that they are used to and genuinely believe they deserve.

They might be in favour of better social programs and the like in theory, but only for people like them. Tell them such programs benefit black or immigrant or Muslim or First Nations or whatever “other” group you want to use, and they’ll stop supporting it and vote for the people promising to keep “those people” in their place and the people who look and believe like they do on top. MoS’ ballot initiative to screw over public schools because they are mostly black (or at least perceived that way) is a good example.

Short version, they are voting in their own self-interest, just not the kind of self-interest we’re used to discussing in polite company. Who knows, maybe Trump and his followers here in Canada will allow us to rip the blinders off of this polite fiction as well.