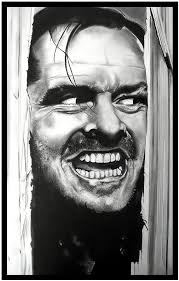 Do you want to know how insane things are in the United States? Tara Golshan reports in Vox that the Republican congress -- which just passed a budget with a $1.5 trillion dollar deficit -- will soon be voting on a balanced budget amendment.

The House is scheduled to vote on a balanced budget amendment Thursday. Though several states require their legislatures to pass a balanced budget every year, the federal government does not have the same requirement. In fact, many economists argue it’s necessary for the federal government to go into debt for the greater good of the economy. Nevertheless, balanced budget amendments are something of a white whale on the right. And many conservatives believe it is the only way to actually enact spending cuts.

For decades, Republicans have campaigned on cutting federal spending and reducing the national debt. And while there’s an ongoing debate among economists over how big an actual threat the deficit is, Republicans, now in control of both chambers of Congress and the White House, have done just the opposite.

The bill the House plans to vote on this Thursday would be one of the first steps in amending the US Constitution to bar the government from spending more than it brings in in federal revenue. Changing the Constitution requires approval from two-thirds of the House and Senate and then it must be passed by two-thirds of state legislatures. Republicans currently hold 32 of 50 state legislatures.


I came across a thoughtful analysis yesterday suggesting that the United States is on the verge of economic collapse. This was predicted by old school Republican insider, Kevin Phillips, in his 2005 book, "American Theocracy," in which he dissected the rise and fall of previous global hegemons. He identified a pattern of decline that was eerily common to them all - the Dutch, the Spanish, the British, etc. It began when these empires, at their zenith, decided to transform their economies. All had begun as agrarian societies that moved into an area of dominance and wealth. Before the Industrial Revolution it was mainly dominance in colonization and plunder abroad. After the Industrial Revolution it was dominance primarily in manufacturing.

Of the great industrial superpowers, first Britain and then the United States, switched from a manufacturing economy to a financial economy, outsourcing their manufacturing to cheap labour markets. Phillips pointed out that this marked the point at which the economic hegemon began using its national wealth to establish and grow its own successor's economy.

The switch to a FIRE (finance, insurance, real estate) economy delivered vast, short-term revenues at the loss of the beating heart that had made the country once truly great. Manufacturing economies are robust and weather recessions quite well. FIRE economies are brittle. A stock market collapses faster than a factory. The toll of recessions is deeper, recovery is slower, and the post-recession FIRE economy is less robust and increasingly brittle and unstable.

The jobs and manufacturing America lost left because American corporations outsourced them. The Chinese didn't steal those jobs. American capitalists took advantage of deregulated markets and the free movement of capital to send them abroad. That happened in the Reagan/Thatcher/Mulroney era.

Those jobs are gone. Reagan came to power almost 40-years ago. China has grown its economy and, especially, its domestic market. Trump can staunch the bleeding but he cannot get those jobs back. Manufacturing, while stable, typically generates returns of 3 per cent. No one in America wants to invest in that sort of paltry returns. The money markets are looking for 10 or 12 per cent returns, market returns. Casino Capitalism is back.

This balanced budget nonsense is ridiculous coming from a party that funds its military, its perma-wars and its tax cuts for the rich on foreign borrowings. If the American elites are unscrewable, as the Paradise Papers and the Panama Papers suggest they are, then Congress will have to screw ordinary Americans, those who never got to participate in the recovery. It's a formula for wholesale unrest.

America has always been a confidence game. It's foreign lenders accept, even expect that. If America, in its economically wobbly condition, becomes destabilized, those foreign creditors will react to protect their own interests and that may begin by dumping the USD as the world's reserve currency. Something of that nature, coupled with a FIRE economy, is a massive draught of Hemlock.

As Philips tried to warn his fellow Republicans two decades ago, Mound, this will not end well. Yet they rush into oblivion, convinced that they -- and only they -- know who to manage an economy.

as usual, Mound slays..
in comments

The country is headed into the ash heap of history, Sal. We would be wise not to follow their lead.

.. some of my son's friends
taking shots at me.. haha

Hell I been caught out
even trashed by Mound

When you get it wrong
you got it wrong
and a little schooling.. OK
Keeps .you sharp...

There will always be those who will tell we've got it wrong, Sal. But the fact that they tell us that doesn't mean they're right.


Hey, wait a second. When did I ever "trash" Sal about anything? All I ever do is express an opinion and opinions, including my own, are like arseholes.


Re,
Yet they rush into oblivion, convinced that they -- and only they -- know who to manage an economy.

It's a western thingy! not just a US one.
The finances surrounding the Kinder Morgan problem that Canada has is another tale of too much leveraged credit by shady investors and their supporters that will bite us in the arse sooner rather than later.
When, not if, the USA goes into recession or worse , just who else will fall?
Just how much taxpayer funded credit will it take to bail out the USA?
I doubt Canada will be so lucky next time.

I have no memory of such a moment, Mound. Perhaps Sal will clarify what he means.

What's sad, TB, is that we've seen this movie before. And it has no repect for borders.